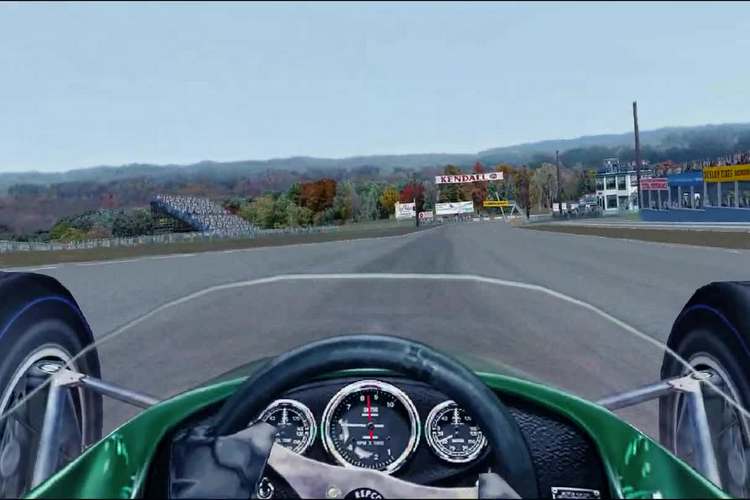 The Boss knew it all along: “From small things Mama, big things one day come.” In simming language, that reads something along the lines of: “Be aware when you download a demo.”

One heedless night in 2005, that did not prevent me from downloading “The Grand Prix Legends (GPL) 2004 Demo.” It showed the world how GPL had evolved since its initial release and how it could still compete with much newer sims at the, in computer terms, respectable age of 7. A very active community constantly enhancing and improving GPL could rightfully lay claim to a large part of that merit.

I am somewhat ashamed to admit it, but up to that point I had never driven GPL. That in a sense however made me the perfect guinea for the 2004 Demo. It did not fail to make its point. Straight out of its virtual box, it blew me of my socks and felt better than many of the more recent sims I had been playing.

The demo came with one of the original Papy-tracks, Watkins Glen. But the track had been seriously revamped through the loving care of Berca and Simon Stobbart. Each of the seven original Papy-cars was in the demo, but now in their heavily improved and gorgeous Grand Prix Legends Editors Association (GPLEA) livery. And the Murasama had obviously turned into a Honda, just as the Coventry was now called a Cooper. The official Papyrus patch had been applied to allow force feedback support, the sound-patch had been applied, and so on, and so on.

That first night, I only drove the Brabham BT-24 at the Glen. And holy cow… the Ducwolf enhanced howl of that Repco-engine while hustling it down towards Big Bend roamed through my restless sleep for many a night to come. I finally stumbled to bed by 4h 30 am that morning to, some short hours later, face yet another day marred by chronic lack of sleep.

My very first glances at GPL looked something like this…

I launched on a quest for the original GPL-disc through media-stores all over town as I obsessively needed the entire game with all of its tracks on my computer. I never found a new one and finally settled for a used version in one of those shabby second hand CD-shops near Midi station. The shock when I drove one of the spec tracks in its original 1998-livery for the first time was immense. This was just plain and utter ugly. Luckily, a zillion community downloads offered ample cure for that.

VROC was installed in my GPL-directory, as was the fabulous 1965-mod… And soon I was racing GPL online. 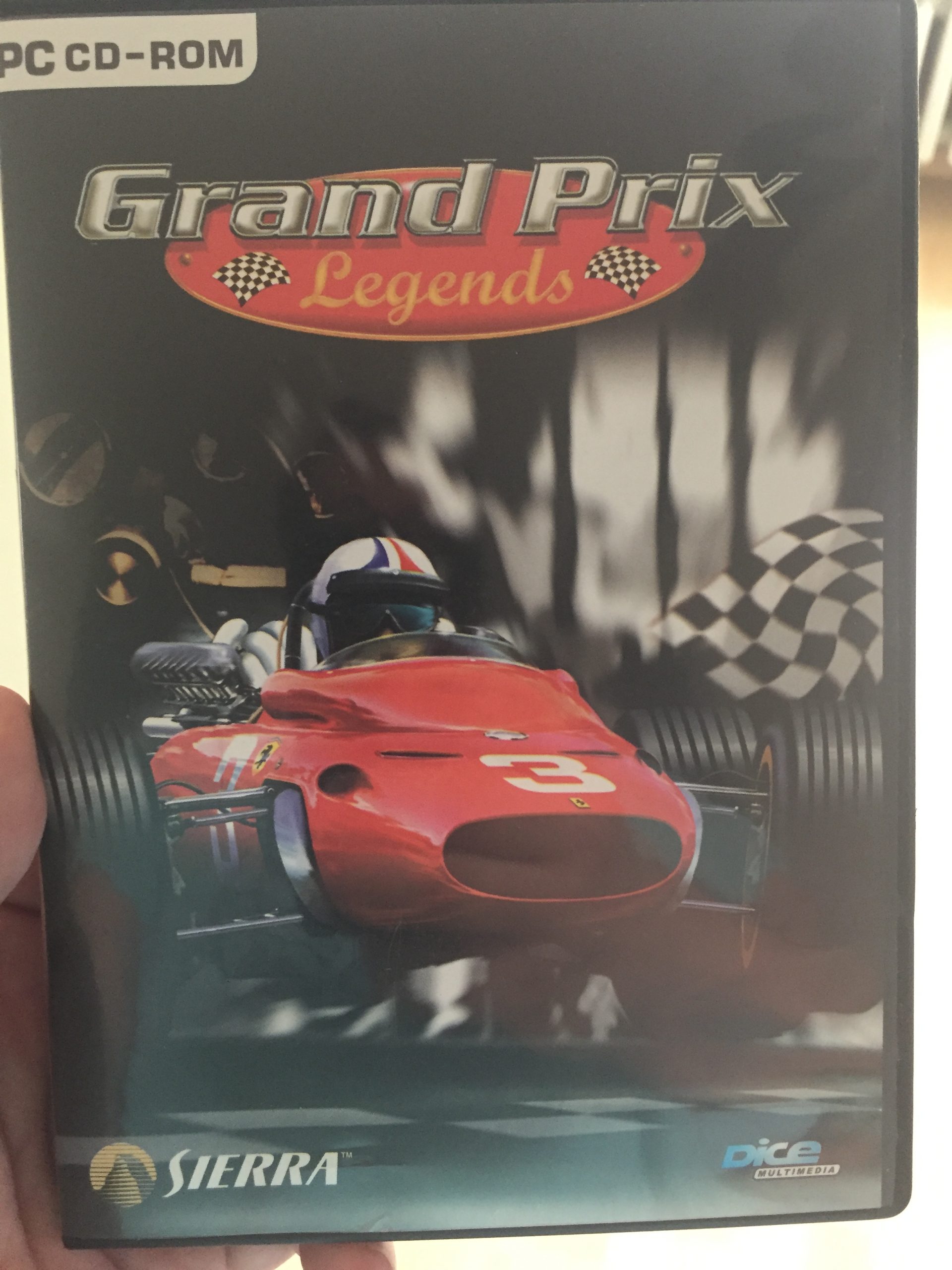 A disc that had me running all across town.

GPL ended being more than just a sim for me. It became a time machine opening my eyes to the unparalleled era that were the sixties. I discovered the greatness of drivers like Clark and Brabham thanks to GPL. It was GPL that brought me to reading some of Robert F. Kennedy’s speeches. Thanks to GPL, I understood that RFK probably is one of the most underestimated statesmen in history. Just read his The Mindless Menace of Violence-speech and you will understand what I mean. Maybe if GPL had existed in the sixties, RFK would actually have made it to the presidency… Better body-guards might also have helped obviously.

Blackhole Motorsports, one of the sim sites I regularly frequented in those days, listed another demo for download: rFactor. It was the upcoming sim by ISI, the house that had among others produced F1 Challenge for Electronic Arts. rFactor was to be their first independent release and was aimed at the simming community. An open architecture should allow to easily mod it and there had been a particular focus on the net-code to ensure stable online racing.

The demo came with one track, the short version of Toban called the Run-Offs. It still, by far, is my favorite test-track.

The Kodi at Toban: this was the rFactor-demo

The full sim was released on a midweek day in November 2005. I felt sick that morning and left the office at noon… Only to miraculously recover once rFactor was downloaded and installed. Another short night was in the making.

rFactor headed for a slow start. It was aimed at modding and the spec content therefore was pure fiction and, looking back at it with the benefit of historic objectivity, felt a tad unfinished. Soon however, a guy called Lo released an F3-mod. That mod was so good that ISI hired Lo and his F3-car made it into one of the subsequent official rFactor-updates.

Lo’s F3-mod at Mills Metro, revamped by SNL – Both Lo and SNL ended up on ISI’s payroll

Real life tracks converted from other sims followed the F3-mod soon. And rFactor was launched.

During the next 10 years or so, rFactor and GPL were about the only sims I drove. Sure, I spend some time with the Simbin products and had a sniff at iRacing when it was released… But from roughly 2006 to 2016, about 85% of my sim-time was divided between GPL and rFactor.