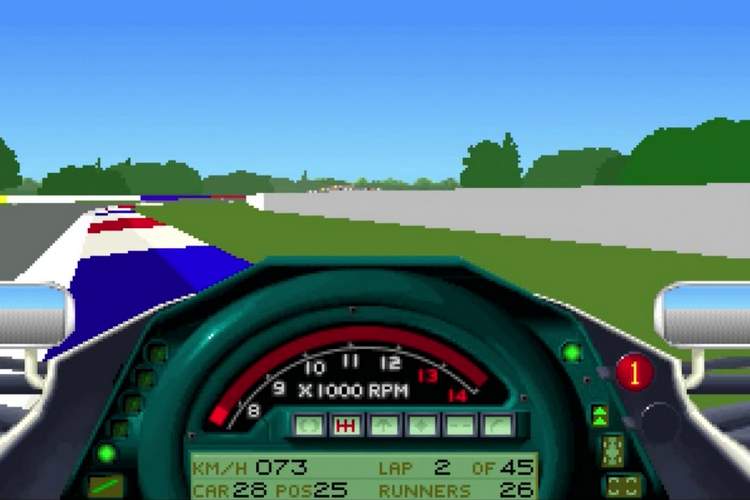 Just as the urge for the occasional right-hand turn became nearly unbearable, the doors to Formula One-heaven opened… slightly.

By the spring of 1992, I had turned into a virtual Andretti, Unser and Mears all rolled into one. But I was, frankly, also getting pretty bored with constant left turning. My right-turning skills desperately screamed for some practice.

Just then, a friend of mine dropped by 3 floppy disks he had picked up in a store downtown. The disks were labeled: MicroProse Formula One Grand Prix. 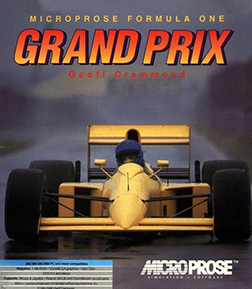 MicroProse was Geoff Crammond’s latest meal ticket and F1GP his newest game. And boy had old Geoff put the extra resources of recent computer technology to good use. The game catered every one of the 33 cars that competed in the 1991 Formula 1 season, even if bearing fake names.

But that was not the most important novelty; the game also had each of the 16 tracks visited by the Formula 1 circus in 1991. From 4 left turns… I went to 16 full-blown circuits. My right-turning skills suddenly experienced an urgent craving for improvement.

I don’t know how many days and nights I ended up playing F1GP, but it was an awful lot. After a while, I only did entire season championships with full sessions: free practice, qualifying, warm-up and finally the race itself at 100% distance. In those days, that young upcoming German driver from Kerpen was not chasing the records set by Senna, Prost or Fangio… He was chasing my 7 consecutive world titles.

I adopted the habit of printing the results of each of my sessions and kept them in a binder for later reference. I soon needed a second binder to store my results…

F1GP stayed my regular sim till deep into 1997. And I barely played any other games in that period. I think I never played any simulation, or other game for that matter, more than F1GP and, at the pace things are currently evolving, I do not think I ever will.

I played this, for hours and hours, night after night.

That F1GP kept my attention for so long was partially due to the fact that there were no real alternatives, but also because a community of enthusiasts provided tools to modify the game. I had somehow gotten my hands on a tool called GP Editor. It allowed changing the power of the engines, the color schemes of cars and helmets and the skill level of each individual driver. I turned my F1GP into a European F3 championship simulator…

All engines were tuned down to an equal 400 bhp, the lowest value GP Editor would allow. I created a fictional field with the best drivers from the main 1995 European F3 championships as well as the prodigies from that year’s Japanese F3 and Toyota Atlantic championships and put them all on an initial equal skill-level. The skill-levels were then adjusted from race to race in function of each driver’s result.

I changed the color schemes of the helmets to recreate my fantasy field as near as possible and changed the schemes on the cars to imitate the main F3-teams of the day.

And then, I went off for a 10-race season across Europe, racing the likes of Pedro de la Rosa, Oliver Gavin and Norberto Fontana.

I remember leading the last race at Barcelona while being on top in the provisional standings. This was the 1991 Barcelona layout, with the fast right-left switch called Nissan following Campsa. At exactly that spot, I spun off and lost the championship by one point.

To this day, that remains one of my most vivid race sim memories… I was disappointed for sure, but what the heck… the future looked bright and grant! And it was only to become better.