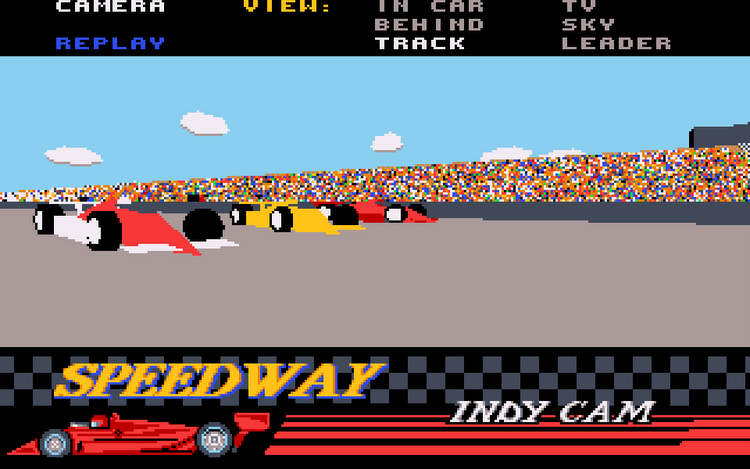 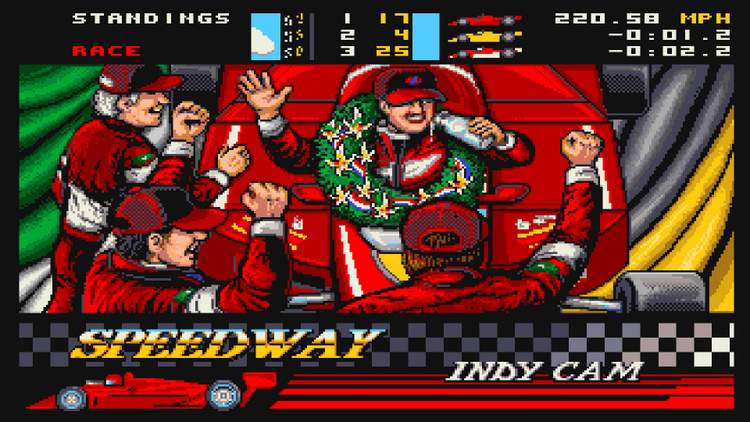 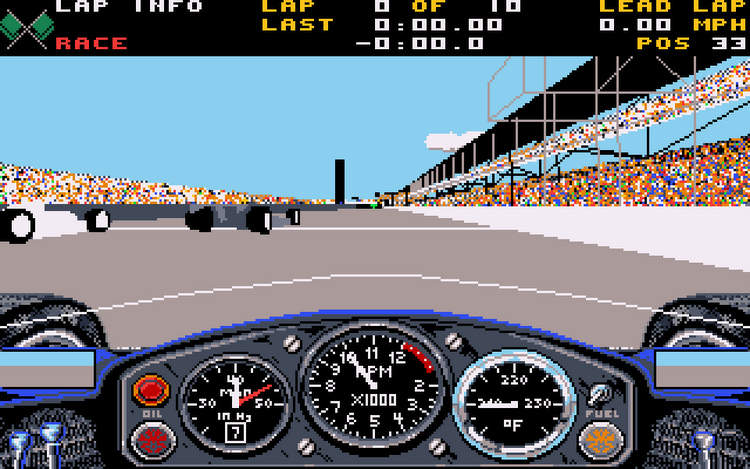 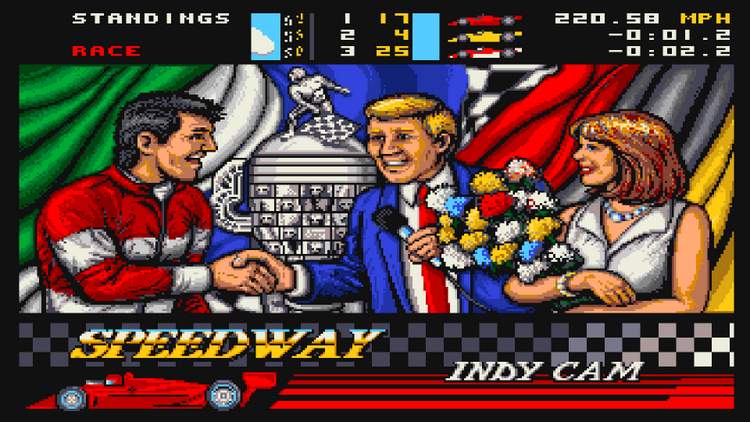 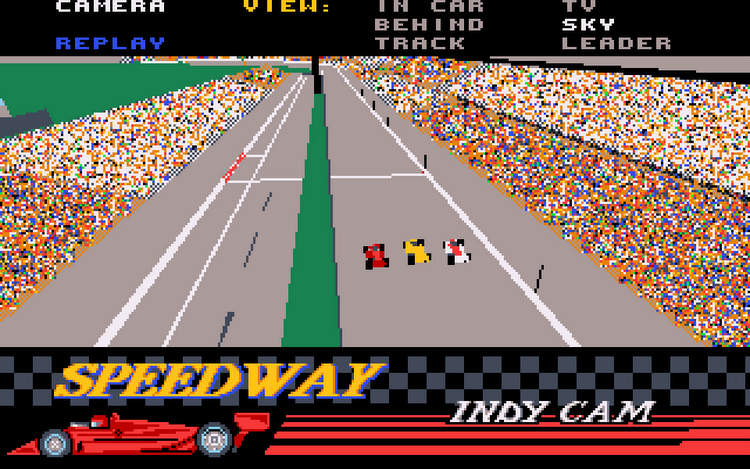 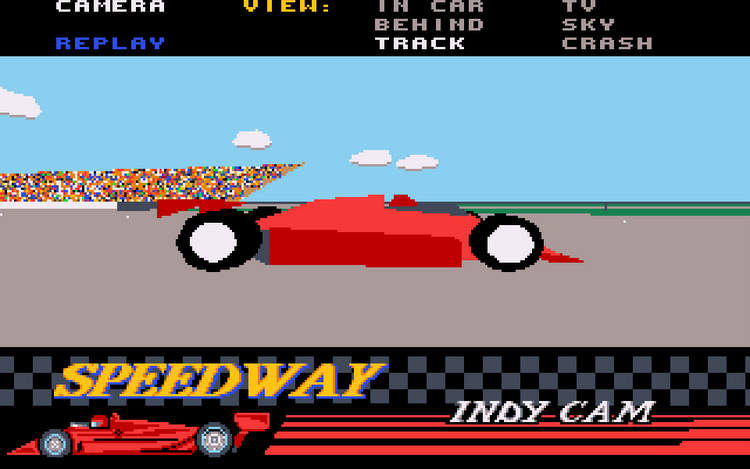 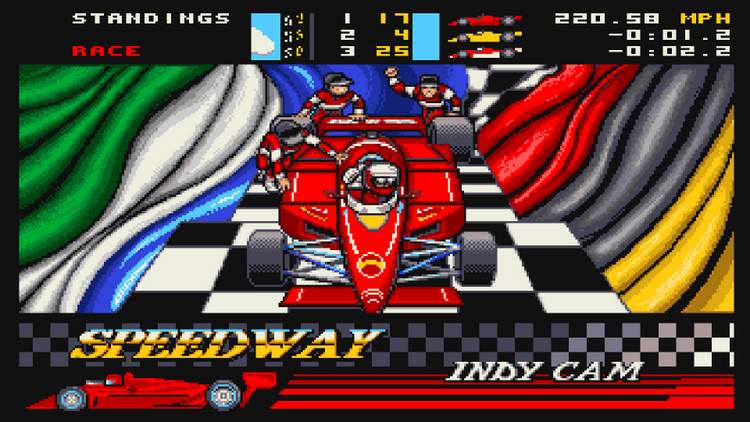 Moving on from a bicycle as race simulator… although a true simulator was still a far way off.

Google Dictionary adds the following example to its definition of simulation: “the production of a computer model of something, especially for the purpose of study.”

It was about 1981-1982 when my brother and I convinced mom and dad to get us an Atari 2600 for Christmas. It had a 1.19 Mhz 8-bit processor and 128 bytes of RAM memory. My current sim computer has a 4.8 Ghz (4,800 Mhz) 64-bit processor, 8 Gigabyte (about 8.5 billion bytes) of RAM memory and a dedicated graphics processor with an additional 12 Gigabyte (about 12.9 billion bytes) of RAM memory. You will easily understand that graphically speaking, the Atari was… basic at best.

Night Driver and Indy 500 were however undeniably my first steps in computer-based race simulation. Even if by current standards, both of them would barely qualify as arcade rubbish.

Night Driver put you behind the wheel of a car that looked much like an inverted T. On a black background, a left and right swaying row of red cones represented the road to follow. The objective was to go as far as possible without touching the cones or any of the oncoming cars. To increase appeal, Atari added two roadside objects: a conifer and a white barnlike building.

The whole thing rather resembled a spaceship than a driving simulation.

It may be hard to believe… but back in 1982, this really felt like driving a car.

But the game came with paddle controllers that had one button for acceleration and a big rotating knob for steering. Once submerged in the game, holding that paddle felt like holding a real steering wheel. Immersion had never been more complete. 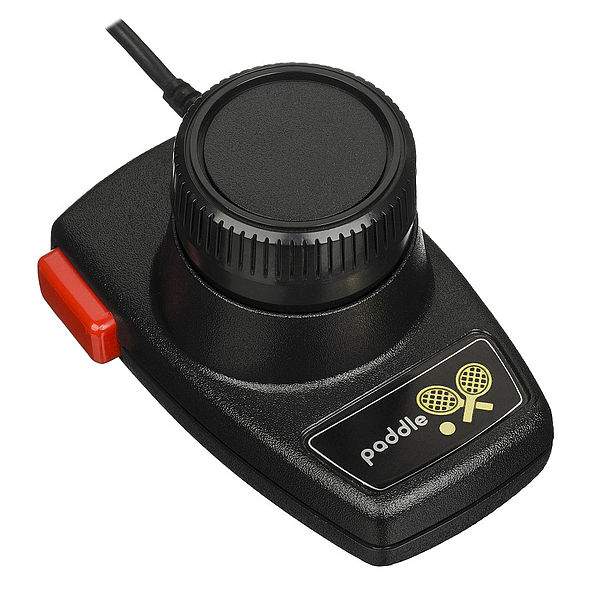 The Atari 2600 paddle controller with a knob that felt like a real steering wheel!

And there was more… In the movie Le Mans, as Michael Delaney brings the Porsche in for a driver change, he says to his teammate: “If you try to nail Scalise, do it down through Maison Blanche. He doesn’t like it there.” It did not take too much imagination to transform Night Driver’s white barn into Maison Blanche. The immersion just grew.

And then there was Indy 500. Graphic wise it was scarcely better than Night Driver; if not worse. The game offered an elementary bird-eye view of an open-wheeled car and some very basic track layouts.

It however shipped with a specific set of driving controllers allowing two players to drive at the same time. Now, we could race head to head. We had friends over for sleepovers just to organize knock-off championships that lasted entire nights. We turned the lights in our room off and perfected a method to cut the entire system, TV and Atari, off with just the flick of one switch. We might be racers, but could not be caught awake by worried parents.

One of the three-game modes consisted of the player in the blinking car having to avoid the other player’s car. Who in turn had to tag the blinking car to reverse the roles. It was like playing tag with cars. It inspired us to play tag driving our bicycles on empty parking lots or other open spaces. Even the imaginary track around my grandparents’ house was rekindled for bicycle tag. Somehow, reality had started imitating simulation.

Both Night Driver and Indy 500 had severe limitations: a total lack of set-up possibilities and the absence of brakes, for instance.

Still, for a brief while, they had us truly believing that we were at the helm of real racecars. To the present day, my mother claims that we ruined the couch used when playing the Atari because we did not just sit in it; but constantly bounced up and down with the movement of our “cars”.

Was that simulation or what?