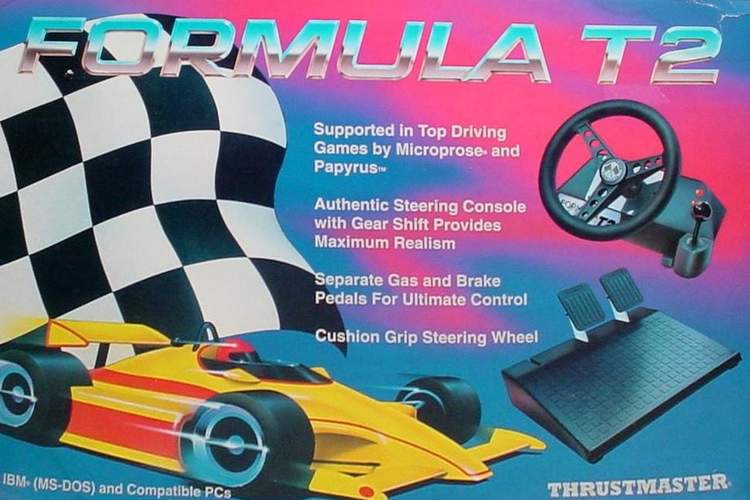 Somewhere in the second half of the nineties, arcade halls started invading my home office.

So, I had been raking up all kinds of Formula 1 records. I even managed to bring a world championship title home for Enzo Coloni’s team. How about that? 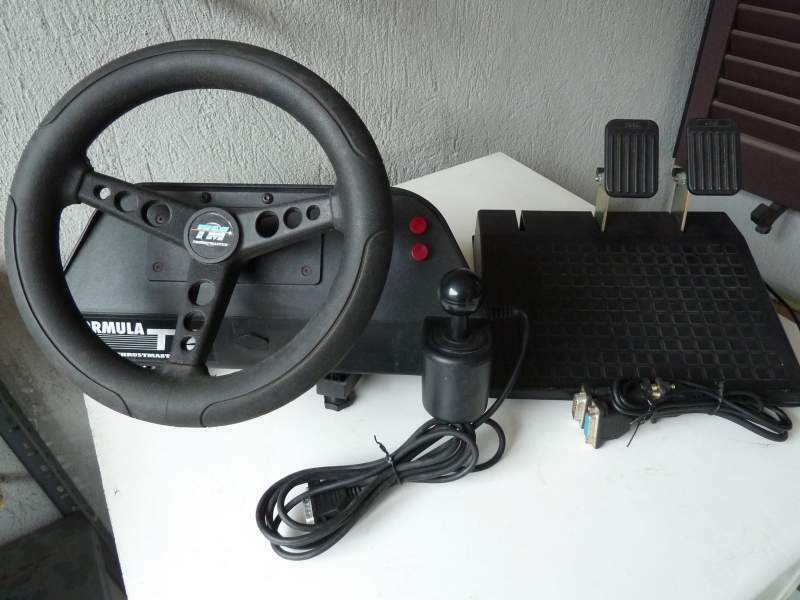 But all these fabulous results were achieved on a keyboard… So, in a sense, even if physics and track layouts had been seriously improved, this still felt like a step back from the steering wheel and pedal setups I once enjoyed at arcade halls.

Somewhere in 1999, I was changing jobs, leaving one big consultancy firm for another. Which is how those things seem to work. My colleagues circulated the proverbial hat and got me my first PC racing wheel as a leaving present. It was a Thrustmaster Formula T2.

The thing had no force feedback. It felt so light that I distinctly remember training myself for restraint when turning the wheel. At first, I constantly overdid it, and ended up driving the car straight off the track.

Similar exercise was required for my feet and legs as the load on the pedals was really not memorable.

And, when I finally more or less mastered those aspects, I had to acquaint myself with one hand steering during short intervals. Using the shifter to change gears required my right hand to let go of the steering wheel for a split second. 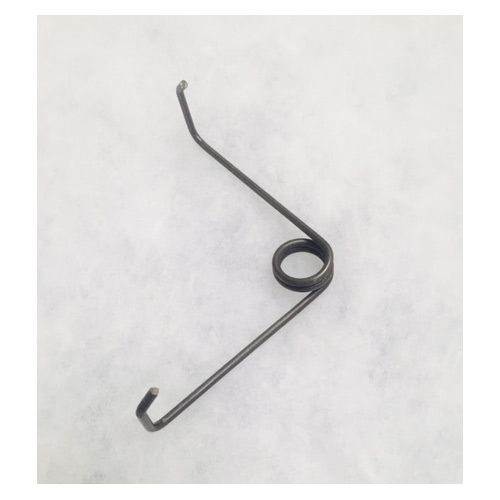 I also ended up with a collection of these.

The first weeks behind that wheel involved a lot of cursing, despair and frustration. But boy, once I started to get the hang of it… This was damn near to real racing, be it within the safe confinement of my house.

The build quality turned out to be far from exemplary. The pedals used simple torsion springs to load. After a while, the spring in my brake pedal just broke apart. The pedal no longer returned when releasing it, resulting in the car constantly braking… Finding spare parts proved a toilsome quest.

So, for a while, necessity had me driving with a keyboard again. But as exciting as this might have been during all the years before, after having experienced a wheel, it just felt bland and unreal.

I finally managed to convince the old man in my bicycle shop to order some custom made torsion springs with the correct measurements. As the opportunity seemed of the once in a lifetime kind, I immediately ordered a bunch of them. And then also had them made in varying thicknesses. My thinking was that this would allow customizing the load to my liking, depending on the type of car I was sim-driving.

It was pure madness… I think I spent more on the springs than the entire wheel and pedal-set had cost to begin with. And to add woe to misery, it turned out to be a bad idea. 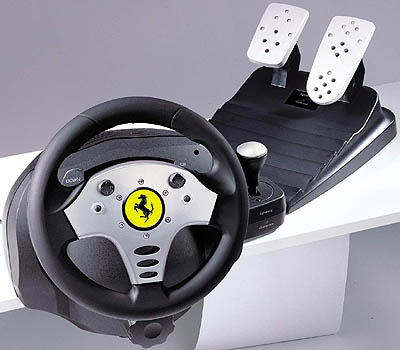 I constantly craved for more load and soon ended up only using the thickest springs I had. The levers on which the pedals were mounted, could not handle the resulting pressures. Small cracks formed around the points where they were bolted together. Until they just sheared apart. I ventured into some poorly devised do-it-yourself remedies, but it quickly dawned on me that my first racing wheel had run its course.

So one Saturday afternoon, I just headed for the nearest shop and got me a new wheel: a Guillemot Ferrari racing wheel with force-feedback. It had a mother lode of buttons on it, a shifter, two pedals… the works.

And that was just as well. As with the trusted Thrustmaster T2, I had also evolved to the second generation of sims and was now mainly playing Geoff Crammond’s new baby: Grand Prix 2.