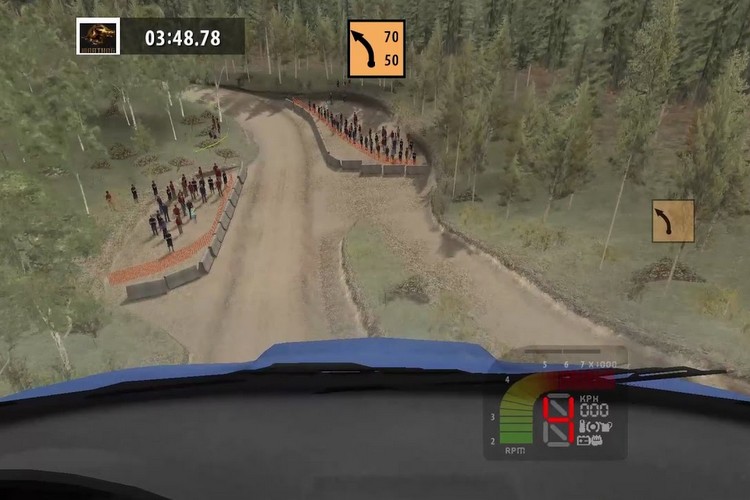 Becoming a father rekindles the child inside, Artroticus wrote. So when my first daughter was born, I developed a voracious appetite for a new generation of sims.

During the first years of the new millennium, the world of PC sims was reinventing itself rapidly. Crammond and Papy’s Kaemmer were still doing their thing. But others joined the fray. And all of them, old dogs as well as new kids were obsessed with one thing: netcode. It all passed by me largely unnoticed. Times were busy both socially and professionally. And any scarce simming moments were completely squandered on Gran Turismo 3.

The Internet had by now invaded every individual office laptop. There was no better place to drown less productive labor days then the endless waves of the world wide web. While surfing through one of such days, I stumbled upon a site with mods for a sim called Formula 1 Challenge 1999-2002. The recent birth of a first daughter had a moderating effect on our social life. Which in turn had a positive influence on my sim time.

I picked up a copy of F1 Challenge at the local media-grocer and retrieved my old trusty Guillemot racing wheel from a dark cellar. Only to discover that my near 10 year old PC was slightly overwhelmed by the newest sims. These were the heydays of one Michael Dell’s online sales-model and it did not take very long before a brand new Dell machine was ordered into our house. It came with an unnervingly fast processor, a powerful graphics card and enough RAM to carry me through long sleepless nights.

Getting the Guillemot up and running took some delving into drivers but once installed, I was ready to go. F1 Challenge soon received good company: Richard Burns Rally, the Grand Prix Legends 2004 demo, Nascar Racing 2003 Season, Formula 1 2002… And all of those in turn came with add-on mods and tracks galore.

Such add-ons could be found on sites like BHMotorsports.com or Racesimcentral.com. Whose webpages also provided news and insights on the sim world, as well as forums on which discussions could get heated.

One of the culprits in providing an endless stream of mods and tracks. 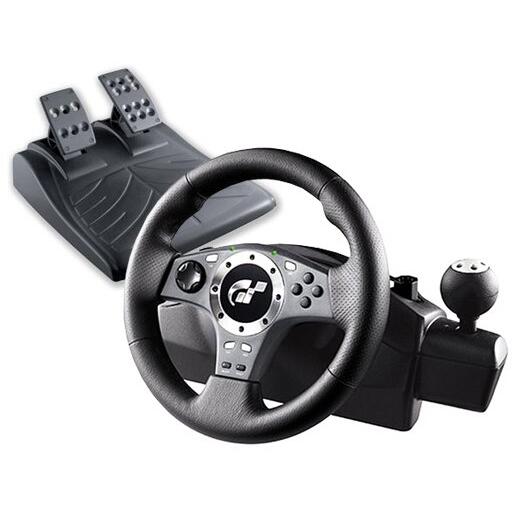 A PS2-wheel at its origin… but a true joy on a PC.

My old Guillemot was soon replaced with a Logitech DFGT Pro. A wheel that was intended for the Playstation but, with some downloadable drivers, functioned perfectly on a PC. There was some irony in that… Driving with a racing wheel had been my main motivation to revert to the PC. And now I was using a Playstation 2 wheel…

I was gently drifting towards one of those corners in life where nights are chronically short and days annoyingly long. The former were spent driving a large variety of cars on tracks all around the world; the latter combing through all kinds of websites and forums, questing after yet another mod or track.

I still vividly remember some of the stuff I drove back then. A young Scandinavian mod-team called SimBin released a mod for F1 2002 called GT Racing 2002. The 911 in that mod is, in my opinion, still one of the best sounding simmed Porsches to this day.

RSDG released Sports Car Challenge for F1C. It had a fine collection of LMP 900 and 675-cars, as well as a floppy of GT-cars. The Dallara LMP and the Cadillac Northstar LMP02 invaded even my deepest dreams. And I had very few of those, as I basically had no time to sleep.

Nascar Racing 2003 Season had a Ferrari 330 P4-mod and Aero88 carried me straight back to Nascar glory days.

On top of that, every mythical track in the world, from Daytona to Le Mans, from Bathurst to the Nordschleife was available across all platforms.

It was a blast. For days without end, I wasted office time planning and inventing a perfect race sim career that would start with Formula Renault and evolve through Formula 3 into GT-racing and then Nascar… Only to come home and haul RBR’s Subaru all over the Australian outback till early in the morning.

And there, in essence, lay the problem… History was repeating itself. I was again facing too much option and lacked the time to properly commit to all of it… Once more, I was heading straight for severe indigestion.