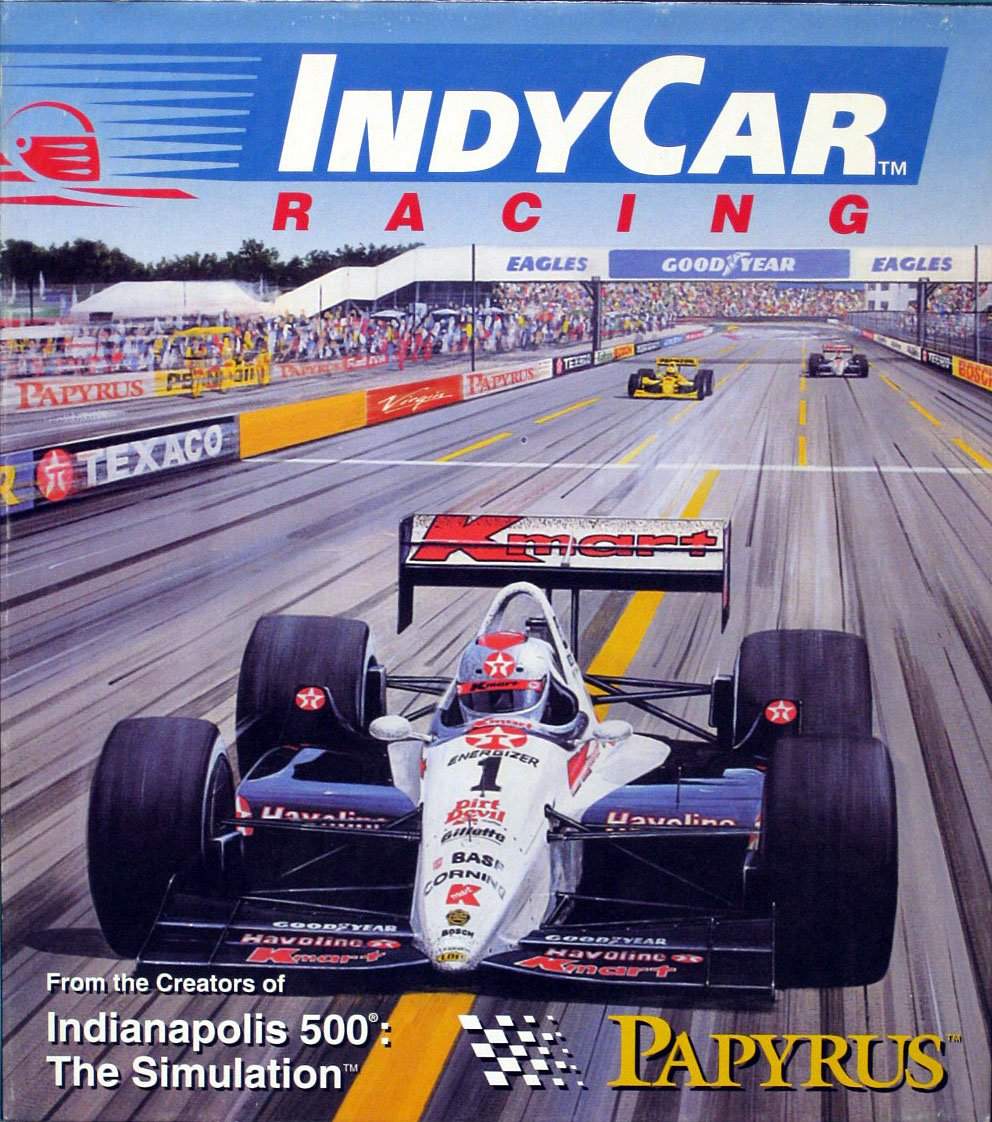 As of the mid-nineties, ever-improving computers pushed sim racing to new levels of quality and immersion… But what seemed unimaginable in earlier years was slowly turning into reality: too much choice was scuppering the fun.

In 1996, Papyrus released IndyCar Racing II. That very same year, MicroProse responded with Grand Prix 2. A second generation of race sims comfortably nestled in computers all over the world.

IndyCar Racing II never became a favourite of mine.

For all its qualities, something always felt off with Indycar II’s graphics. It, in my humble opinion, lacked perspective in cockpit view and felt a tad “flat”. Even right-hand turns seemed to jump at me out of leftfield, taking me completely by surprise. A lap without crashing out was a rare oddity and soon Indycar II was gathering dust on my hard disk.

Maybe it was my computer. Maybe it was me who did not invest enough time into mastering IndyCar II, but the result was that Grand Prix 2 rapidly and easily eclipsed it.

Crammond’s new prodigy did indeed not disappoint for one iota. It reproduced the 1994 Formula 1-season. MicroProse had gotten the licenses required to be the official FIA-game. Gone were the bland color schemes on cars… They now came with full liveries, including sponsor logo’s et all, and resembled their real life counterparts more than anything I had ever seen on a PC. Never before had a race game looked and felt so real.

One aspect of the 1994-season had luckily not been correctly simulated. Following the tragic real life 1994 Imola, several tracks were rendered “safer” with impromptu temporary chicanes, who mostly just ruined the entire track. The mere recollection of the horror inflicted to Spa’s Eau Rouge will suffice as illustration. Except for Estoril, GP2 did luckily not simulate these outrages.

Beyond being the best sim up to that point, GP2 marked a double major evolution.

Firstly, the car set-up screen still looked pretty similar to its GP1-counterpart with the usual wing- and gear-settings. Settings a dunce like me could grasp. But then there was an “advanced” tab which led to set-up possibilities for dampers, packers, springs, front and rear anti-roll bars, … To be competitive, one needed to master those settings too. And I obviously never did. GP2 therefore was the beginning of me largely starting to rely on whatever setup I could get my hands on.

Where setting up a race car started exceeding my comprehension

Then, with GP2, the amount of community provided add-ons exploded to unseen proportions. Engine-power and AI driver-ability could be fine-tuned at will. Car-shapes and skin-sets for almost any imaginable open-wheel racing series from any era floated around this new thing called the Internet. And an ever-thriving community had even devised a way to develop additional tracks.

At one point, I had collected everything –car-shapes, skins, tracks- to more or less realistically represent every F1-season from 1975 up to 1997.

Grand Prix 2: the sequel that did not disappoint

Back then Internet was not yet the commodity it is nowadays. I could e.g. not connect from home. Collecting all the aforementioned stuff thus included weekend trips to the office to download stuff on the library’s computer. After a while, I was ready to embark on a Formula 1-career that would span decades.

My old Formula 3-dream was also rekindled. Except, it would no longer be a 10-race championship. With my collection of Autosport-issues, I worked out a schedule combining the calendars of the British, German, French and Italian championships. I was racing in Thruxton one week, Mugello the next and then on some obscure German airfield track. Hell, if there was a weekend without a race in Europe, I was drafted into the Japanese championship.

But all that variety and diversity already bore the seeds of the imminent decline of my sim-racing career… Without any sense of direction or guidance, the tsunami of community offered options resulted in overdose. There simply was too much on offer.