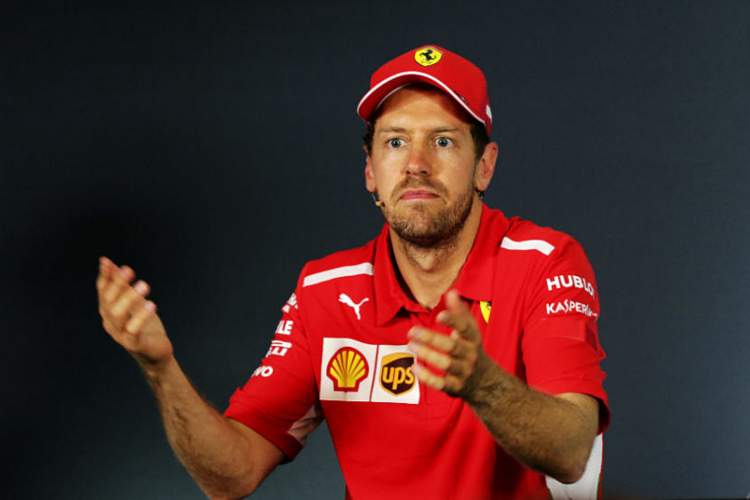 Proof that there is nothing that sets tongues wagging more than a bit of controversy, the stewards’ decision to penalize Sebastian Vettel out of the lead in the Canadian GP has not only been the biggest story of the week, but possibly the year so far.

Canadian GP Fallout: It’s the debate that keeps on going – were the stewards right to hand Sebastian Vettel for his off-track excursion on Sunday?

Initially, opinion seemed united (including from yours truly) that this was nothing less than the stewards inserting themselves where they didn’t belong, and yet as the days have gone on, things have started to change.

While most everyone agrees the penalty was an unfortunate thing to happen to Vettel – especially with the prospect of an honest-to-goodness fight with Lewis Hamilton looming – there’s a fair case to be made that the stewards were left no choice.

As the likes of Joe Saward have pointed out on twitter, this sort of decision is a direct result of the drivers themselves pushing for more black-and-white rule enforcement – as the saying goes, you reap what you sow.

Personally, I still think there’s room for a bit of interpretation. Vettel’s penalty falls under article 27.3 of the sporting regulations, which reads in part: “Should a car leave the track the driver may re‐join, however, this may only be done when it is safe to do so and without gaining any lasting advantage.”

In the German’s case, he was punished not because he re-joined when it was unsafe to do so, but because he supposedly gained a lasting advantage.

My response would be that what constitutes a lasting advantage here is too hard to define, as he was already ahead of Hamilton, and in going off track went from having the Briton multiple car-lengths behind to right on his gearbox. Surely he can’t be expected to concede his lead entirely? He was after all, still racing.

In any case, this is one we’re gonna be talking about for a while yet. Indeed, it may end up being the defining event of the 2019 season.

FIAT-Renault Merger Talks Break Down: A move that could have had potentially massive ramifications for Renault’s involvement in F1, it seems that for now at least “political conditions in France” will stop it from happening. Whether a change in those “conditions” renews talks, it’s probably in the best interests of the sport for it not to lose the independence of one of it’s four engine manufacturers.

Rich Energy’s Twitter Meltdown: Particularly in a week where controversy has reigned supreme, it’s nice when someone is able to bring a bit of levity to the F1 world, and that’s exactly what Rich Energy, the embattled title-sponsors of Haas, have provided on twitter – albeit with themselves being the butt of the joke.

Dropping a social media performance that can only be described as “Trump-esque”, the energy drinks brand went after Top Gear host Chris Harris, tried to pass a magazine advertorial as an “interesting article”, and continued to bicker with legal foe Whyte Bikes. I’m not sure what’s more concerning, the tweets themselves, or the fact that they’re still up, but either way it might be time Haas starts looking for a new sponsor.