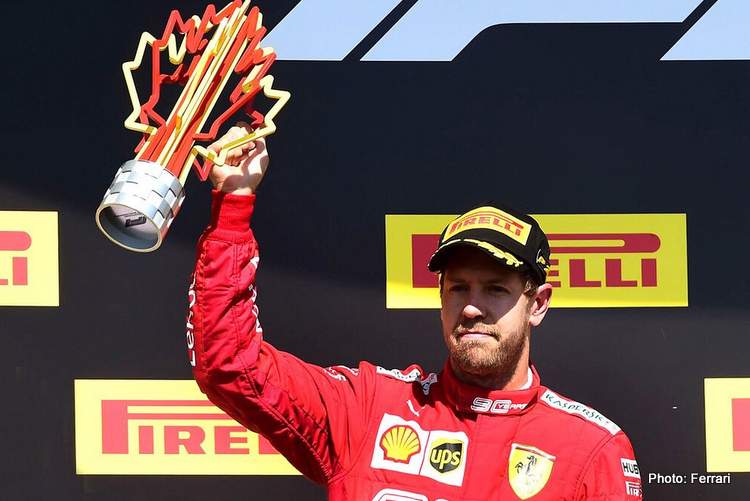 It’s an essential part of the human experience: you make a mistake, and you try and learn from it. No, I’m not talking about Sebastian Vettel’s off-track excursion on Sunday in Montreal. I’m talking about what the stewards did to him afterwards.

A penalty that might be the most unanimously opposed in recent memory, even the most ardent Mercedes fan would find it hard to justify adding five seconds to Vettel’s time for an incident that was blown completely out of proportion.

Whether it was the commentators, the fans, or indeed Vettel himself, the thought everyone seemed to have was: “what was he supposed to do?”. He’d made an error, run onto the grass, and didn’t have full control of his car. This wasn’t a case of the German ignoring “right of way”, it was Vettel trying to keep himself out of the wall.

Even taking into account Lewis Hamilton’s proximity as Vettel re-joined the track, it’s hard to see how the latter could’ve handled it any differently, short of trying to stop his car entirely, which would’ve been an unreasonable expectation for a driver who was still in the race. If he’d spun to a stop, then put on the throttle without waiting for Hamilton, the stewards would’ve had a case – alas, he didn’t, and neither did they.

Unfortunately, the damage is done (for now), which is a shame not just because we were robbed of a potentially thrilling conclusion, but because Vettel’s error deserves more attention in and of itself. Penalty aside, the error provided a fascinating contrast between the “good Seb” we saw yesterday, and the “bad Seb” who once again, struggled for composure in a high-pressure race situation. The meat of this race was ready for everyone to tuck into, we didn’t need the stewards to overcook it.

Very interesting to see Nico Hulkenberg being held behind Daniel Ricciardo. Was this simply to protect points as Cyril Abiteboul said? Or, was it something of a mea culpa for what they did to the Aussie in Monaco?

Unfortunate to see the crowd boo Hamilton, who did nothing wrong. That said, they were probably very pro-Vettel after he’d provided them with such a great moment.

Kevin Magnussen certainly didn’t do his standing in the Haas garage any favours, did he?

Driver of the Day: Lance Stroll

Starting 17th, finishing 9th, this was undoubtedly the Canadian’s best drive of the season, nabbing some crucial points when his car didn’t seem to have the performance to do so.

You know it’s bad when the internet is in agreement against you.

“Not like that. Not like that. No, no, no. Seriously, you need to be an absolute blind man to think that you could go through the grass and then control your car! I was lucky that I didn’t hit the wall! Where the hell I am supposed to go? This is a wrong world… [I] tell you… this is not fair.” – Sebastian Vettel, not holding back.