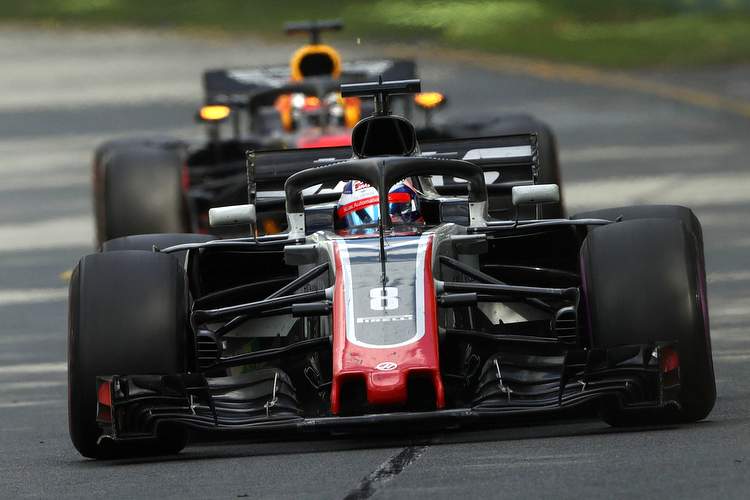 Haas chief Guenther Steiner described his team’s impressive performance at the Australian Grand Prix as the “feel-good” story of the Formula 1 season-opening weekend but in the aftermath of the race in Melbourne, his drivers Romain Grosjean and Kevin Magnussen hit back at rivals who accuse them of using a ‘Ferrari replica’ this year.

In the race, Haas blundered badly during their drivers’ pitstops, in which both cars were released with loose wheels within a few minutes of each other, and both cars ending the race parked at the side of the track, when fourth and fifth place looked very likely, and possibly a podium, on the day.

Aside from the comedy of errors, it is pretty clear that Haas have a very strong car in the VF18 which Magnussen and Grosjean put to good use at Albert Park.

However not everyone saw it as a feel-good story, including McLaren’s Fernando Alonso, after ending Friday half a second shy of Grosjean, fired the first shot when he told media that the Haas is “a Ferrari replica from last year” after the American cars showed good pace on the first day of practice in Melbourne.

Amid the conspiracy theories, Grosjean did not mince his words,  “It’s the same thing every time we’re fast. It was the same thing last year. We were ‘Ferrari B’. I can’t remember who was saying that. We are using the same suspension, the same gearbox, the same engine…”

“Everyone knows that the suspension is defining a lot of the flow,” continued Grosjean. “Of course, there are going to be similarities. But again, we are doing our own car, and if we were Ferrari B, we would be up there with them. So it’s not true, and it’s not nice for the people that work at Haas and produce the Haas VF-18.”

“I think the way we operate the team and the way we’ve created the partnership with Ferrari is good for F1. It shows that you can come in and make things look pretty good in a short amount of time.”

“Of course if we had to do everything from zero we would be nowhere near where we are today, but we’ve got that partnership with Ferrari which is very important for us.”

“I think it’s a good thing for Formula 1 to show that if you want to come into the sport, there’s a way you can do it that you can actually be successful quite early on,” insisted Grosjean.

Meanwhile, Alonso’s McLaren boss Zak Brown weighed in with a warning, “We all know they have a very close alliance with Ferrari and I think we just need to make sure it’s not too close.”

Big Question: Is the Ferrari-Haas partnership too close?