Steiner: No one will be fired 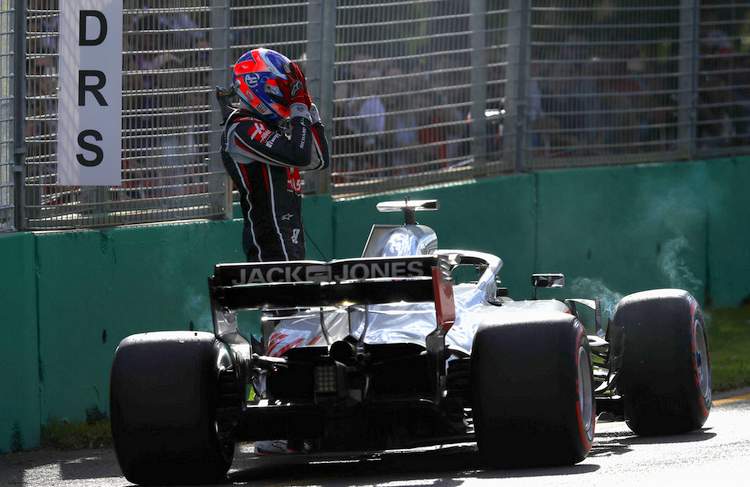 It was going to be the Haas team’s greatest moment, perhaps their first podium… but instead the Australian Grand Prix went horribly wrong at around mid-distance when both cars were sent out with loose wheels thanks to wheelnut sheering during their pitstops.

The drivers were clearly gutted and the unfortunate mechanics were visibly distraught in the team pit garage after Romain Grosjean and Kevin Magnussen were forced to park their cars.

Until that moment it had easily been their finest showing since their arrival on the scene in 2016, clearly, the Best of the Rest (behind the big three teams) and a sniff of a podium on the day will have enhanced the bitterness.

But heads will not roll team chief Guenther Steiner told Blick, “The responsible people know that it was their fault. They know the impact wrenches, the wheelnut and the hubs are the same as in 2017. No one will be fired.”

He added, “Maybe it was just the pressure that was too big during the two most important pitstops since our entry in 2016. We now have to work harder with the same crew.”

“The car is very good – which is why we can fly to Bahrain optimistic and all other races too. The very positive tests in Barcelona also surprised us!” admitted the Haas team chief.

Kevin Magnussen, the first victim of the blunder, said afterwards,“It’s a very tough one to swallow for the whole team. We’ll get on top again. We’ll fight back. I’m beyond disappointed right now, but we’ll get over it.”

There were touching images of Romain Grosjean, after abandoning his car and returning to the pits, comforting the aggrieved mechanic outside the team garage.

The Frenchman saw the positives, “I ‘ve never had such a good car in Formula 1 before. That’s the only consolation on such a black Sunday!”

“It’s a lot of points lost, but if we can repeat that performance over and over, we’re going to forget this very quickly,” added Grosjean.