Steiner: It is still a feel good story 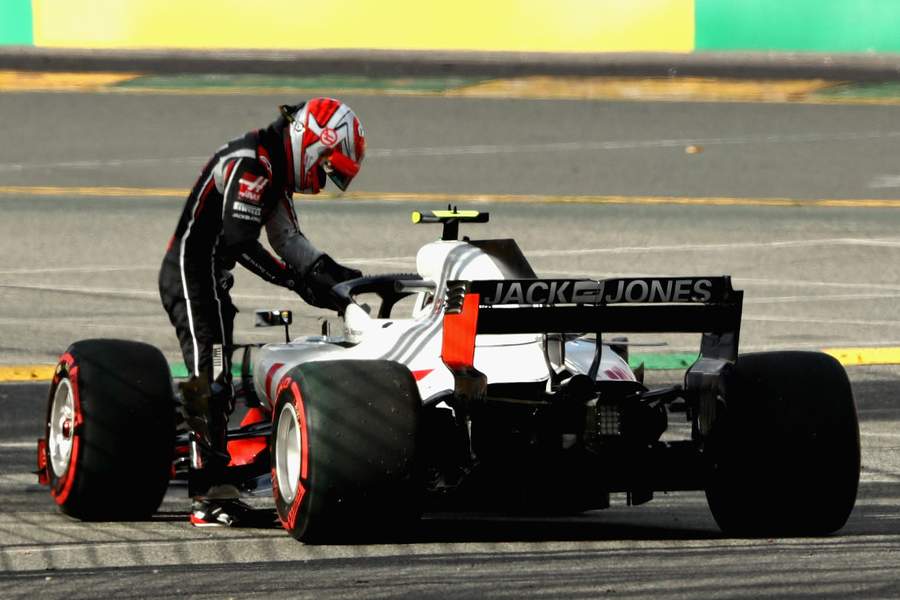 The Haas VF18 in the hands of Kevin Magnussen and Romain Grosjean were running fourth and fifth during the Australian Grand Prix on course to score their best-ever result, but a hectic few minutes of madness conspired against them and by mid-distance, both cars were parked at the side of the Albert Park circuit – but they impressed massively.

“The wheelnut was on but it was cross-threaded. That doesn’t tighten the wheel up but for the mechanic, it feels like it is tightened and it wasn’t. Sometimes, these pit stops, they are so quick you have no time to check it and they didn’t check. It wasn’t correctly on. These things happen. What can you do?”

“It’s unbelievable to have the same problem in two stops, one on the front wheel, one on the rear wheel. Even if it’s not believable, it’s real. It happened.”

“It’s very disappointing end to the day for us. But the pace was good, the car was running. It is still a feel good story as we’re up with the big boys.”

“This weekend was very intense for us, we had issues in FP1 and FP2. We didn’t have many spares so we didn’t do a lot of practice.”

“We didn’t do a lot of pit stop practice, we did the minimum. That could be one of the reasons. What we need to do and this is what we have discussed is that when we get to Bahrain to start as quickly as possible to practice there.”

“A lot of people who are part of the pit crew are leaving early to set up out there so you never have a full crew. If you train with a half crew, it’s can be even worse. You have to focus on Thursday to put the pit stop practice in.”

Magnussen added it was “so heartbreaking to finish like that” but vowed Haas will “fight back and do it all again”.

Stewards gave the Haas team a €10,000 fine for the unsafe pit releases with the punishment noting “the team ordered the car stopped immediately, and the driver stopped as fast as he safely could” and thus brought a race that promised so much but delivered nought.