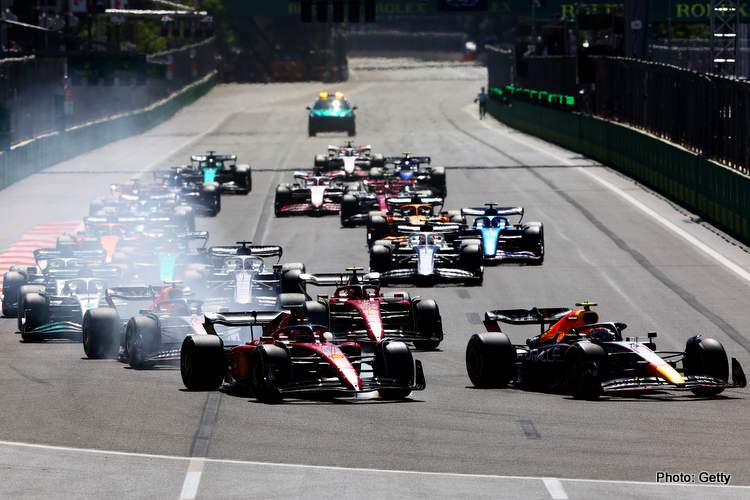 Baku was the third race in a row where Ferrari managed yet again to compromise their most promising start to a Formula 1 season in years, a double DNF this time.

I did not imagine, after my previous takeaways column from Monaco, that Ferrari will once again be in the spotlight for the second race in a row… for all the wrong reasons.

A double DNF for the team, the second for Title contender Charles Leclerc in as much as three races should be raising all sorts of Red flags back at Maranello, but one would hope for common sense and calm to prevail, rather than the customary panic episodes Ferrari are famous of having when things go wrong.

On another note, Red Bull’s internal dynamics were interesting to monitor in Baku, with the ink on the new contract of on-form Sergio Perez still not dry, Christian Horner’s Utopian statements that both drivers are equal, not to mention Jos Verstappen’s tantrum after his son Max was on the receiving end of the wrong strategy in Monaco.

And let’s not forget those bouncy Silver Arrows, at their misbehaving worst in Baku, making all those who thought Mercedes were on the mend after Barcelona, even Toto Wolff himself, look like idiots that spoke too soon.

In all cases, Baku delivered a nice race and some talking points, our Takeaways from the 2022 Azerbaijan Grand Prix. 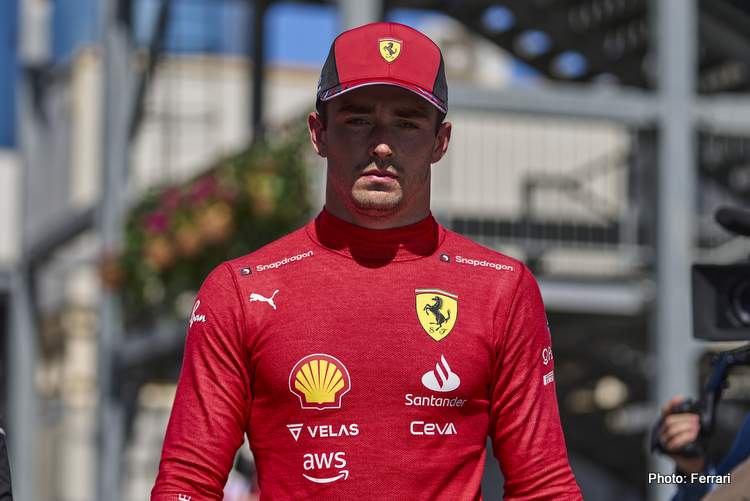 One has to feel for Charles Leclerc, as the Monegasque was imperious around the streets of Baku, his pole lap in qualifying as impressive as hot laps get.

It reminded me of Lewis Hamilton – remember when he was blowing everyone away – when he used to keep his powder dry, and then unleash all the pace he has in that final lap of Q3, finding two to three tenths more, just when you thought qualifying laps couldn’t get any better.

That’s what Leclerc did, as things were close in Q1 and Q2, even Carlos Sainz looked within a shot for pole, but then that magical lap came and sealed the deal by almost three-tenths.

His start to the race was not ideal, as he lost the lead to Sergio Perez but a great reaction from the Ferrari pitwall once the first Virtual Safety Car came out was spot on – they actually learned something from Monaco – but all was undone when the power unit on the #16 Red Car went out in a cloud of smoke.

Earlier, Sainz also parked his F1-75 with a hydraulics system failure, which meant that the Scuderia left Baku pointless, as they now lag behind Red Bull by 80 points.

Leclerc is now 34 points down on Max Verstappen in the Drivers’ Standings, which as a gap is not insurmountable, as Verstappen overcame a bigger gap after his two DNFs in Bahrain and Australia.

But that means Ferrari really – can’t stress enough on really – need to keep their act together from now on, because as things stand now, they will not win any Championships this year, a pity when you have a car as fast as the F1-75.

Will frustration, and more seriously, desperation creep into Leclerc and his driving? Hopefully not, but now is the best time for calm reflection and analysis within Ferrari in order to turn things around.

I said before that Mattia Binotto needs more support from his bosses – namely Chairman John Elkann and CEO Benedetto Vigna – but for once, I am somehow relieved they are AWOL, as maybe Binotto can get on with his work undisturbed, without fear of his head rolling out the doors of Maranello, for now at least. 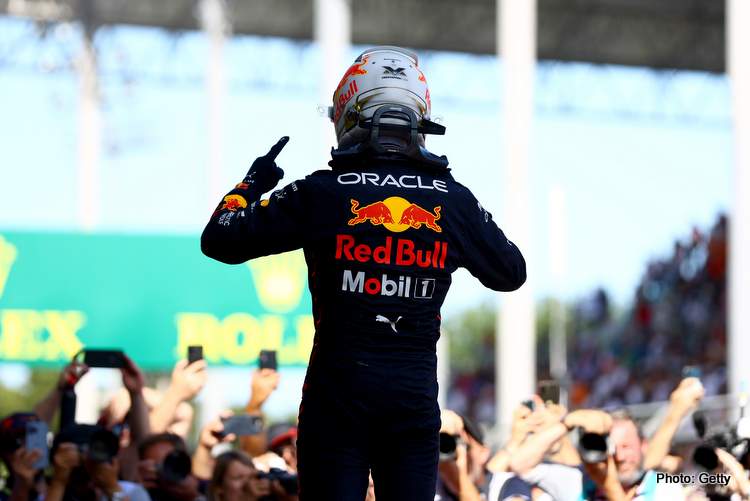 Sergio Perez came into Baku oozing with confidence, after his win in Monaco, and his two-year contract extension that followed, as Max Verstappen continued to struggle with his RB18 in Baku, especially on one-lap pace.

Perez duly outqualified Verstappen on Saturday, but there was this sense of serenity surrounding the latter, as he didn’t seem upset, maybe he knew he had an ace up his sleeve for the race.

Things started to unravel once Verstappen was chasing down his teammate who was leading the race, but suffering from tyre degradation, and once the Dutchman overtook the Mexican, he set out on humiliating him, lapping over one second faster at some point, and eventually finishing the race 20 seconds up the road, as the team continuously tried to slow down the #1 RB18 with numerous messages from Verstappen’s engineer asking him to take it easy, especially with Leclerc out of the race.

But you couldn’t help but feel that the reigning Champion was on a mission to put Perez in his place, before the latter starts to have any funny ideas about whose team Red Bull actually was.

Christian Horner said after the race that Perez’s setup focused more on qualifying, hence his excessive tyre degradation in the race. The way I see it, is that the Mexican was so hell bent on beating Verstappen in qualifying, given his over confidence, that he forgot all about the race.

Perez’s body language in the post race interviews spoke volumes, as he seemed bewildered about the beating he just received at the hands of Verstappen.

Ahead of the race in Baku, the three-time race winner revealed that nothing in his contract said that he must finish second. It is because there is no need for that, as Verstappen will make sure he will.

I don’t want to sound like I am anti-Perez or something, but I get frustrated when he, and Valtteri Bottas in Mercedes before him, actually believe they can win the Championship when their teammates are Max and Lewis.

Get real guys, you are decent drivers, no doubt, but your job is to save the day on the odd occasions when your immensely talented teammates for some reason drop the ball.

Perez is in the form of his life, in arguably the best car on the gird, with the chance to get the odd win here and there, so better forget all the BS about equality; Red Bull is Max’s team, and he will make sure it remains so.

Is “porpoising” really a safety hazard? 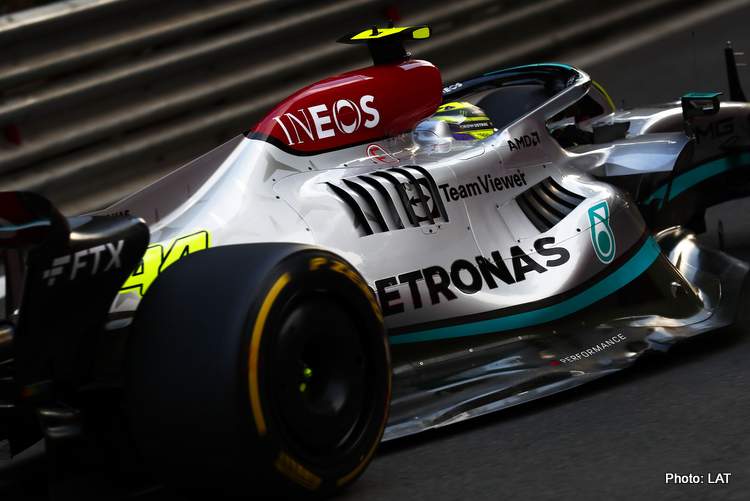 The discussion about “porpoising” was turned up a notch in Baku, as Mercedes suffered even more from it, with George Russell even claiming it is a safety hazard.

It didn’t seem that Russell was so concerned about safety after he finished on the podium in the race though, and even his tone in the post-race interviews was different.

Lewis Hamilton on the other hand endured a punishing drive in his W13 on Sunday, complaining that his back was “killing him” over the radio, and struggling to climb out of his car in parc ferme.

The extent of the damage to Hamilton’s back is anyone’s guess, but I wonder if he was taken to the medical center after the race to check the gravity of the battering he received, something I feel, in light of Russell’s earlier safety concerns, is a must. If the W13 was such a brutal ride, Mercedes shouldn’t be allowed to run it.

When asked after the race if the bouncing was aero or mechanically induced, Toto Wolff said: “I think they are very much linked together. We are seeing tracks where we have an aero porpoising.

“And then we have a bouncing, and then some cars bottoming. So, it’s not really clear. It’s all interlinked with the aerodynamic performance of the floor,” he added.

From Wolff’s statement, you feel the problem is more serious for Mercedes only, while the onboard from Hamilton’s car over the weekend in Baku showed that the car was a handful in a straight line.

That is a concern, but if we need to agree that “porpoising” is a safety issue, we need to accept that is only the case with the Mercedes.

Despite other drivers like Carlos Sainz, and Daniel Ricciardo complaining about the bouncing, it has never reached the extent of calling it a safety hazard.

Furthermore, in Sainz’s case, it was only him complaining within Ferrari, as Charles Leclerc seemed fine, so maybe it was related to how the Spaniard’s car was set up.

Christian Horner claimed Mercedes are pushing their drivers to make a fuss about the bouncing, and you tend to agree with him, especially when the Red Bull cars are not suffering from the problem. The Alpine also springs into mind as a smooth ride.

So instead of calling for a rule change, the FIA should have discussions with Mercedes to evaluate the safety of their Silver Arrows, with the emphasis being on Mercedes to sort out their problems, and until then, they should be mandated to raise their ride height to eradicate the bouncing no matter how much performance they lose.

If the FIA want to be so diligent on safety, that they refused to release the cars to race on a wet Monaco track, the least they could do is look into the Mercedes situation, but to revise the regulations only because one team can’t make their car work is absurd.