Horner: The easiest thing to do is to complain 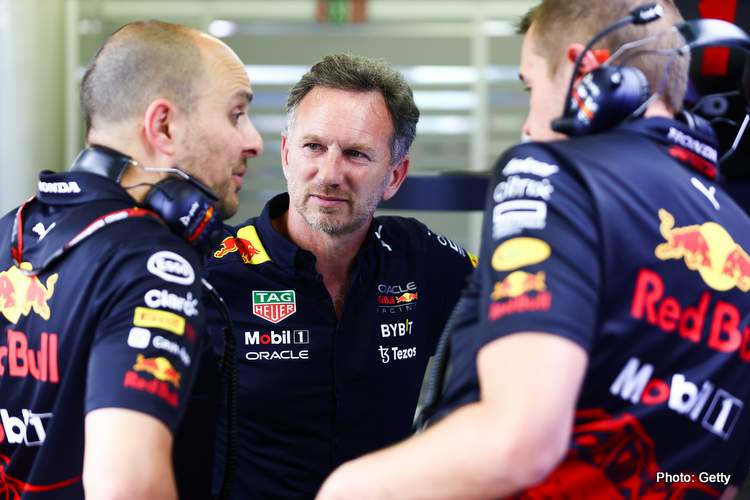 Christian Horner took a swipe at Mercedes, suggesting they are complaining about “porpoising” because it is easier for them than trying to fixing it.

The word “porpoising” has become quite famous in the 2022 Formula 1 season, as the bouncing phenomenon that is a biproduct of the ground effect cars remains the talking point of the sport’s community.

Mercedes are the most affected, their drivers Lewis Hamilton and George Russell seemingly having nothing else to talk about these days, the latter even suggesting it could be a safety concern, while the former was struggling to get out of his car after the 2022 Azerbaijan Grand Prix.

Not all teams have issues with the bouncing, as Red Bull seem immune to it, while at Ferrari, only Carlos Sainz is complaining about it, but there are discussions developing within F1 regarding the matter, and whether action should be taken to eradicate it on safety grounds.

Red Bull boss Christian Horner was asked about the complaints, but is having none of it, as he commented: “They can always stick a thicker plank on the car if they wanted.

“The easiest thing is obviously to raise the car. So, a team has the choice to do that,” he added.

“You have a choice where you run your car, don’t you? You should never run a car that’s unsafe. But I think that’s more for the technical guys, because certain cars have issues, and there’s some cars that have very few issues.

Unfair to penalize teams that have done a decent job

Asked how he would act if the Red Bull car was “porpoising”, Horner sarcastically said: “I’d tell them to bitch as much as they could over the radio as they possibly could?

“It’s part of the game. It’s like somebody’s going into a penalty box,” he stated.

Asked whether other teams are resorting to such tactics, Horner – referring to Mercedes – said: “Of course, they are.

“But there are remedies to that, but it is to the detriment of car performance. So what’s the easiest thing to do is to complain. Each team has a choice.

“I think if there’s a genuine safety concern across the whole grid then it’s something that should be looked it,” he conceded.

“But if it’s only affecting isolated people or teams then that’s something that that team should potentially deal with,” the 48-year-old insisted. (Additional reporting by Agnes Carlier)