Vettel: Not justified to give us sh!t questions 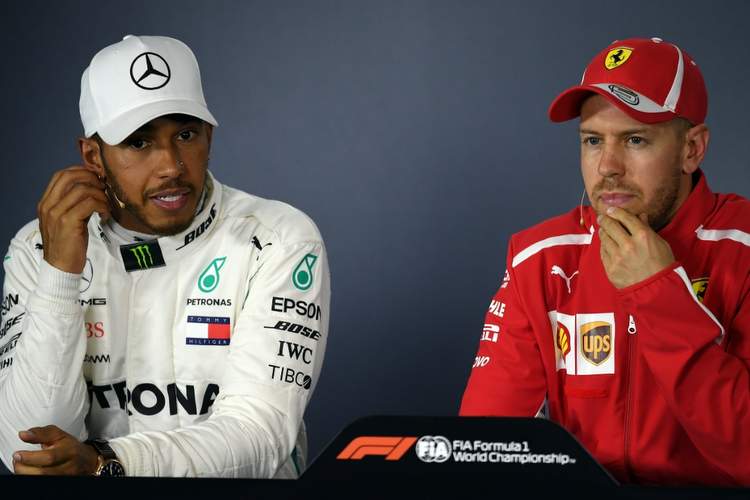 Sebastian Vettel took offence at the first question fired at Lewis Hamilton during the post-race press conference after the Bahrain Grand Prix, and berated journalists for asking drivers inopportune questions.

Seconds after removing his helmet in the pre-podium room, the Mercedes driver watched a replay of his first lap contact incident with Red Bull’s Max Verstappen and retorted on the live TV feed, “Such a d!ckhead.”

Hamilton was clearly not impressed with the feisty move, the Dutchman starting from 15th on the grid with the Mercedes driver launching from ninth.

After the podium ceremony, the drivers proceeded to the press conference room, whereupon the first question was: “Lewis, I believe, if my ears are correct, you used the word ‘dickhead’ after the race concerning Max Verstappen and the overtake and the contact. Is that correct?”

This immediately angered Vettel who, before Hamilton could reply, interjected and asked to answer the question, “I think it’s not fair… I mean, I don’t know what Lewis did. We’ve all been in that situation, we fight someone, we go sometimes wheel-to-wheel, it’s close and you have a lot of adrenalin going.”

“Do you think comparing to football, if you have a microphone on a football player’s mouth, that everything he says is something nice and is a nice message when the guy tackles him and maybe sometimes he fouls him or not.”

“So I don’t think it’s justified to give us these kind of shit questions and making up a story out of nothing, if we are just racing and we are full of adrenalin and sometime we say these things. I mean if I hit you in your face, you’re not going to say: Oh, Sebastian, that wasn’t nice.”

“It’s a human reaction. Sometimes I feel it’s all a bit blown up and artificial if we have these questions, trying to make a story out of nothing. So, it’s not personal, don’t take it personal. So I think we should cut it right there…” concluded Vettel on the matter.

Hamilton replied, “I don’t really remember it. I think maybe it was when we were talking afterwards? Ultimately, I had a coming together with Max and it was an unnecessary collision.”

Big Question: Is the pre-podium room camera a good thing?