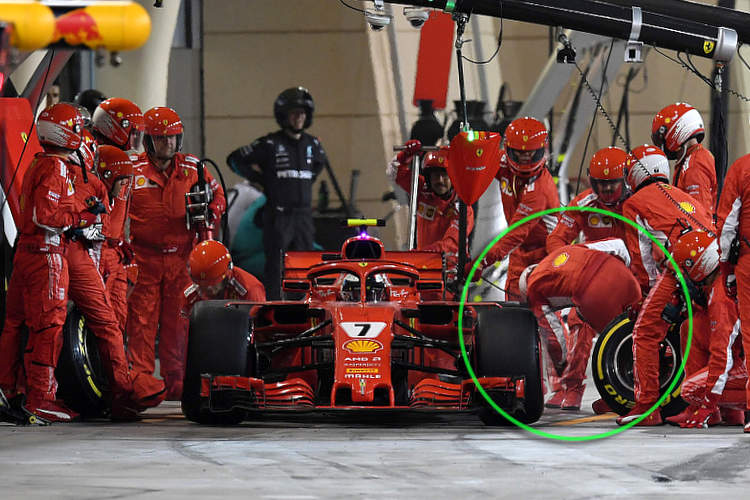 It was a bittersweet Sunday evening after the Bahrain Grand Prix for Ferrari, while Sebastian Vettel scored a tremendous victory, his teammate Kimi Raikkonen suffered a DNF after a pitstop bungle hospitalised one of his tyre crew and forced the Finn to retire from the race while in a strong third place.

On lap 35 after Raikkonen was released from his pit box prematurely, in the process he clattered into one of his mechanics – named ‘Francesco’ – with the left-rear of the car, which floored the man on the spot. He was hospitalised and found to have suffered a double leg fracture as result of the incident.

Raikkonen, who threw his steering wheel into his car as he stormed to his pit garage, told reporters afterwards, “My job is to go when the light changes green.”

“That’s the only thing that we look at. Unfortunately, one of the guys paid a hefty price on whatever the mistake is. So, for sure, not very good. I’m sure there is the best possible people to take care of him and hopefully he gets better,” he added.

It was the second loose wheel incident for the veteran Finn during the course of the weekend. He experienced a similar issue during FP3.