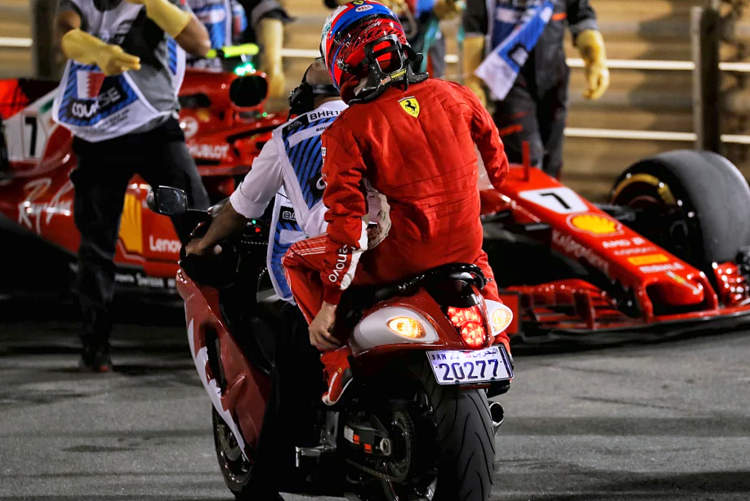 Ferrari driver Kimi Raikkonen escaped a grid penalty after he clocked a best lap time of 1:29.817 seconds to outpace his teammate Sebastian Vettel by a mere 0.011 of a second in the second free practice session of the Bahrain Grand Prix weekend.

Raikkonen, however, faced a post-race investigation into a possible unsafe release of his car, by Ferrari, following a routine pit-stop late in the session.

He pulled away, but then saw his pit crew waving their arms and pulled up at the side of the track.

It was feared he would be punished for an unsafe release – because his front right wheel was not attached properly – and given a grid penalty, but instead, Ferrari were fined 5,000 euros.

The race stewards said they felt Ferrari had done all they could to minimise the risk of the wheel coming off the car.

Meanwhile, Lewis Hamilton incurred a five-place grid penalty for changing the gearbox on his Mercedes