Inside Line: The season that was and thank you 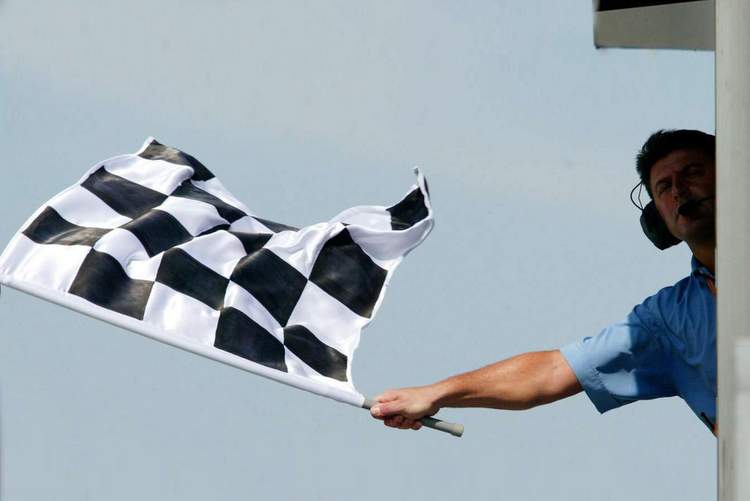 So that’s that! The season is now officially over with the Abu Dhabi Grand Prix and the subsequent final Yas Marina test bringing an end to on-track action while triggering hard graft ahead of the arms race as teams gear up for next season.

2017 was a season of two halves. The first half saw Ferrari take the fight to Mercedes and raised our expectations for an enthralling second half. But thereafter Ferrari imploded while Mercedes raised the bar, particularly Lewis Hamilton who stepped up the ante to claim his fourth title – with three races to go the title was in the bag.

In years to come we will look back on 2017 and really the facts and stats show that the Silver Arrows trounced the opposition. The second half was hardly a contest.

Hamilton was mega in the latter stanza, five victories in the final nine races of the season simply put him on another level compared to his rivals.

Earlier in the year, World Champion was gracious in welcoming Valtteri Bottas to the team, perhaps overly gracious, and indeed the former Williams driver plugged in nicely, finding a comfort zone quickly and scoring two victories in the process.

But the comfort zone was an illusion, perhaps shrewdly engineered by Hamilton. After the summer break, it was the proverbial ‘Hammertime’ and the Finn was nowhere compared to his teammate. His shock evident as he wrestled with himself until he finally notched up another win at the ‘dead-rubber’ in Abu Dhabi.

Our trustworthy Ben Stevens is working diligently on comparing drivers within their respective teams and I am sure the internal battles will provide some revealing information about the contests between teammates. These analysis’ will be published in the weeks to come.

Ferrari were a one-man show with Sebastian Vettel leading the charge while his teammate Kimi Raikkonen occasionally pitched up, but five victories to the German and none for The Iceman are testimony to the lopsided balance of power between the pair.

On the contrary Force India had two feisty drivers slugging it out, at times to their own detriment, but provided a riveting sideshow. The team’s achievements amid the internal ‘civil war‘ to finish fourth in the constructors was a remarkable feat, after all, they run on the slimmest budget while their chief Vijay Mallya was in constant hot water of the legal kind.

On the other hand, Williams and Renault were decidedly disappointing.

The Grove outfit produced a problematic car that did their drivers no favours. Felipe Massa finally quit Formula 1 while Lance Stroll only survived at the highest level thanks to buckets of money, although he did shine in races of attrition – Baku and Monza – it was clearly a year or two too soon for the teenager at the pinnacle of the sport.

Renault as a team were way down on the benchmark similarly powered Red Bull team, that they finished sixth in the constructor’s championship was a tad lucky because Toro Rosso’s end of season driver changes and a mysterious bout of unreliability conspired against them.

As an engine supplier, Renault were clearly way behind Mercedes whose two customer teams ended up better than the French organisation’s works effort. Substantial pressure is on them to not only reduce the gap to the pacesetters but also eke out decent reliability for themselves and their clients.

Season two was a reality check for Gene Haas and his team. That he thought he could be a winning force, with the impressive project he mounted for Formula 1, was naive. Had he done a proper due diligence study of the sport, before diving into the pool of piranhas, he would have realised that mid-field mediocrity was the best he could have expected.

It was a third season of utter misery for McLaren and Honda, their protracted divorce attracted miles of media morsels while their star driver Fernando Alonso was good value for his frustrated quips and adventures beyond Formula 1. But in Formula 1 the team sank to depths previously unthinkable and time will tell if the new management’s decision to become a Renault customer was a shrewd one, or will simply compound the despair.

The jury is still out on Zak Brown and his merry men that now lead the sport’s second most successful team. Next season and the new Renault partnership will make them or break them.

Finally, Sauber were the perennial backmarkers that Manor and Caterham once were. Pascal Wehrlein was decent, but Marcus Ericsson was not. yet, ironically, the latter may remain with the team and the former is unlikely to be on the 2018 grid… go figure!

Nevertheless, the team needed a massive shake-up and thus it was farewell to Monisha Kaltenborn and hello to Frederic Vasseur. With it came a quick hello and goodbye to Honda, followed by the advent of Alfa Romeo. Time will tell where this one goes.

With regards to our website, it was a solid year with steady growth amid falling readership across Formula 1 internet-based media.

At the time of writing 1,144,189 users viewed 23,547,243 pages on our website, which sounds impressive and to be honest makes the few of us who put this thing together proud.

We had a mini-crisis with trolls in our comments but managed to weed out the bad guys and keep the good folk engaging with our reports. Things tend to get heated ‘down in the pub’ but things are now civil, while zero tolerance for certain comments content remains.

We now enter a couple of months of limited access to Formula 1 news, but that will not stop us from bringing you whatever we can find that is newsworthy while producing interesting analysis on the season gone by, what to expect in the year ahead and of course, the occasional Inside Line when opinion is required.

Ahead we will have a reader based poll for our annual awards, which traditionally were decided in-house but this year will be reader based. So get your thinking caps on for Driver of the Year, Team of the Year, Villain fo the Year, Race of the Year etcetera.

Finally, it is fitting to thank everyone for keeping the faith in Grand Prix247 and our ethos of staying independent amid a landscape of Formula1 media which is being rapidly (and alarmingly) colonised by a single entity. This is not a healthy scenario for getting the real news, however, it does provide massive motivation for us to go that extra mile for our readers.

At the same time, it is appropriate to thank all those readers who provide us with tips and heads up for breaking stories, or stories off the radar. This is greatly appreciated. This concept of community-based reporting is inspiring and definitely the way forward in creating an independent F1 news website in which readers have a say and contribute. Big thank you to all of you!