Vettel: Nothing we can do now and for sure it is bitter 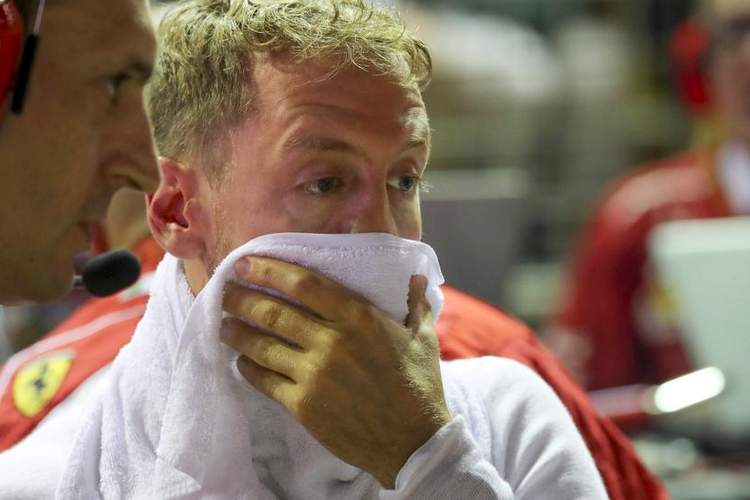 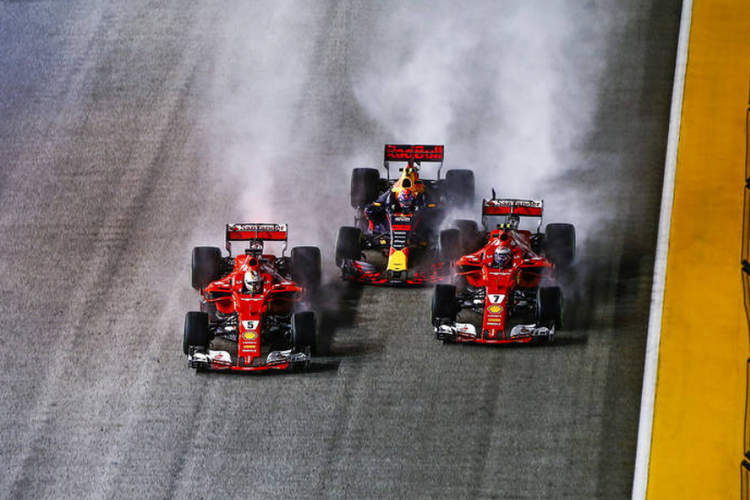 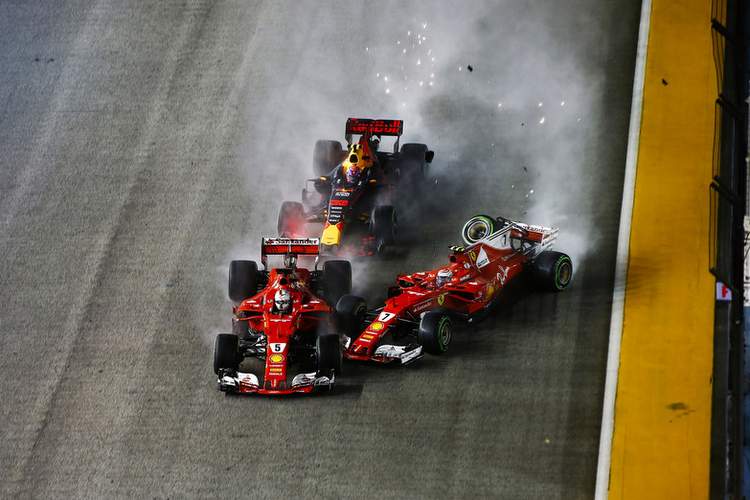 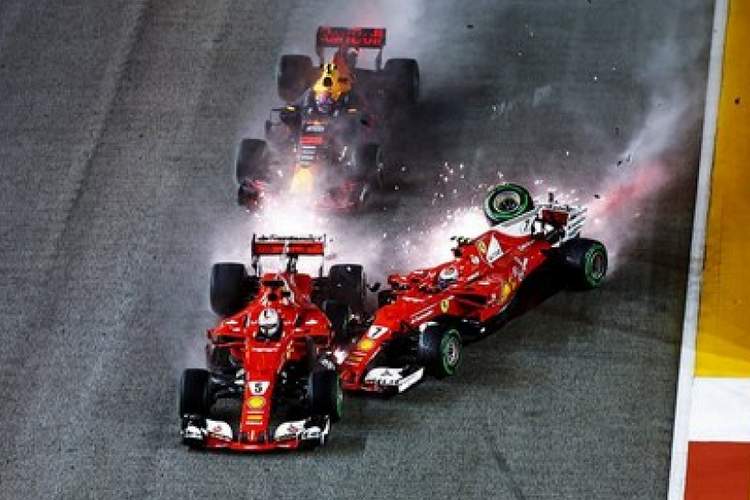 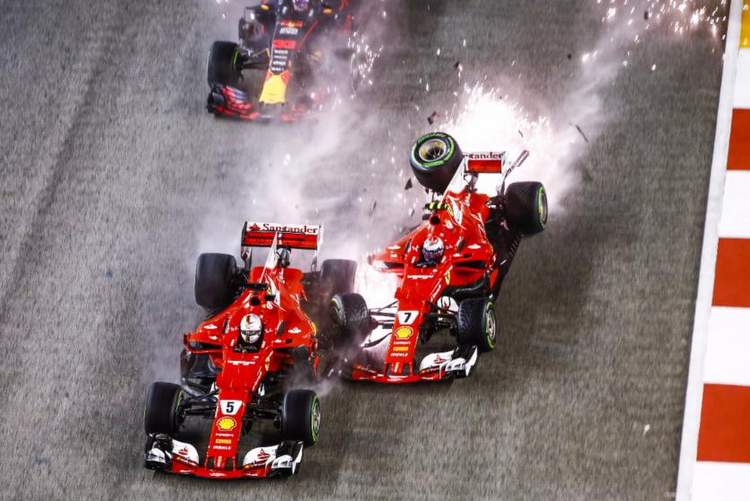 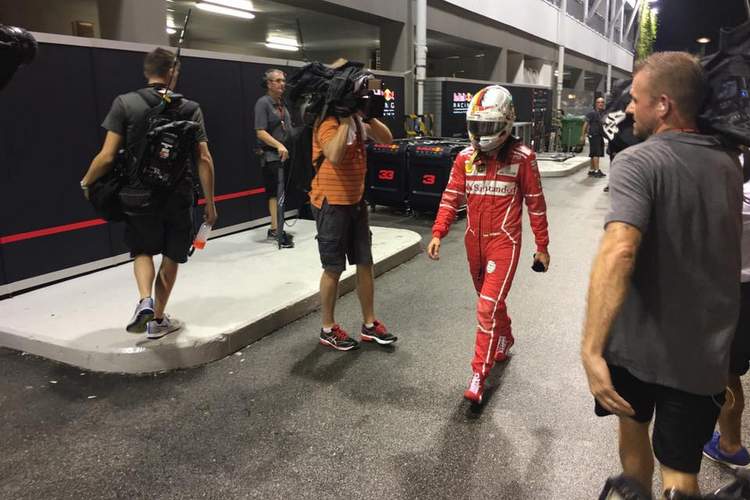 Sebastian Vettel may well come to rue the errant turn of the steering wheel that triggered the first-corner collision taking the German out of the Singapore Grand Prix and wrecking his hopes of regaining the overall championship lead.

Starting from pole with title-rival Hamilton only fifth, the Ferrari driver was ideally placed to re-take the overall lead he had conceded to the Briton at the last race at Italy’s Monza.

Instead, he dropped to 28 points behind Mercedes’ triple champion with six of the 20 races still to go.

Vettel made a clean, if slow, getaway off the rain-drenched grid. He veered left to cover off Red Bull’s Max Verstappen who had started alongside on the front row.

The Dutchman took evasive action but made contact with Kimi Raikkonen’s fast-starting Ferrari, sending it spearing into the side of the other Ferrari.

Vettel continued with a damaged car but then spun into the wall after turn three in an impact that removed the front wing and nose.

VER took #Kimi7 out and then he went to #Seb5 #SingaporeGP

But Red Bull boss Christian Horner rushed to his driver’s defence, “He unfortunately ended up retiring as the result of somebody else’s accident.”

The trio were summoned to the race stewards after the race but found neither at fault.

“This is a normal race accident which can happen,” said the Mercedes team’s non-executive chairman and triple world champion Niki Lauda. “If [Vettel] would not have moved [across] he could have won the race, there’s no question about it.”

The crash ended a run of 18 consecutive points finishes for the four-times champion, whose last retirement came in Malaysia in October 2016, when Hamilton also failed to finish after leading.

The Briton cashed in on his rival’s failure to take the maximum 25 points up for grabs with a third straight win and inflict significant damage to Vettel’s championship hopes.

If Hamilton keeps the momentum going, the triple champion could soon work himself into a position where he wouldn’t need another win to clinch the title.

Vettel may well come to see Singapore as the race that swung the balance, “There is nothing we can do now and for sure it is bitter. But we have other races ahead of us and I am sure there will be more opportunities for us.”

Big Question: Can Seb and Ferrari bounce back and challenge for the title again?