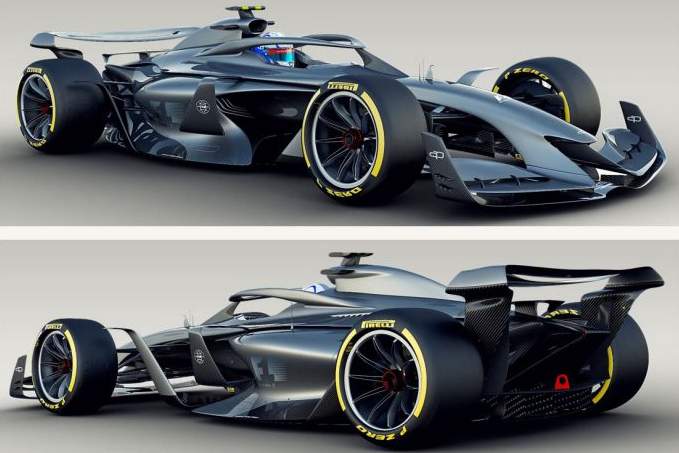 Yesterday, Formula 1’s governing body, the FIA, announced that the World Motor Sport Council had convened and had approved and confirmed the F1 Power Unit technical, sporting, and financial regulations for the 2026 season onwards

Also announced were tweaks to the 2022 and 2023 F1 technical regulations to address the matter of porpoising and to introduce greater safety standards for the roll hoop structure.

The announcement covered many changes, and whilst it is often the case in cornerstone moments such as these that many will be critical of such changes and the process in which they have come into effect, this article will not discuss this, but rather endeavour to discuss the context of the changes, and what their impact might be on the sport.

This discussion will be in two parts with today’s focussing on the new for 2026 F1 Power Unit regulations.

Whilst it will most certainly be necessary for PU suppliers to develop new combustion chamber delivery geometry, technology and methods, there certainly does appear to be a genuine impetus for interested fuel suppliers to enter F1 as a marketing tool to showcase their developing sustainable fuel technologies, but it might be possible that if the regulations are not policed according to the stated intentions of yesterday’s announcement, the door could be left ajar for an all out fuel war to start in F1, such as in the days of the early 1990’s and ‘jungle juices’.

As a means of reducing the associated development and production costs changes to the ICE, its  systems will be subject to the removal of the motor generator unit-heat (MGU-H) element of the hybrid system, the banning of variable length plenum trumpet systems, there will be a more limited range for key dimensions to components such as pistons, crankshaft, engine block, cylinder head valves, injector position, and turbocharger wheels, whilst material limitations will be extended to exclude high cost items, and the scope of standardised components will be broadened to include items such as injectors, knock sensors, ignition coils, and various sensors.

A change to the number of components used per season, such as exhaust systems and other ancillaries will be changed to ensure that they are designed to match the design life cycle of an ICE unit with the intention of also helping to drive down costs, and a homologation schedule has been defined to better control revision and configuration change more rigidly between seasons.

Nevertheless, the FIA have also made it quite obvious that it is the top end of the ICE, areas such as the cylinder head and combustion chamber, is where they will prefer a greater degree of freedom and hence scope to innovate, which is also a neat fit with the sustainability goals of reducing CO₂ emissions and utilising the intended more sustainable fuels and associated bespoke manufacturing processes that they are promoting through this initiative.

An interesting observation, though, is that nowhere in the FIA’s statement was any mention of a mechanism to increase the noise made by the 2026 F1 ICE, as widely touted by some elements of the media.

Maybe the FIA have decided that excessive noise is a thing of the past and a waste of energy anyway, which at a mirco-technical level is an absolutely valid statement to make!

Pivotal to the 2026 ERS regulations will be the goal of increasing the relevance of the F1 ERS system to road going vehicles, promote further development of batteries without the exclusivity that might drive costs up, and to have better control over the recycling requirements of PU fuel cell critical materials.

Impact: By increasing the power of the ERS system to a level that is more than double that of which it is in 2022, it is possible that the 2026 motor generator unit-kinetic (MGU-K) may be allowed to recover energy from both the front and rear axles, even though it has not been specified as such at this stage in the FIA’s announcement.

If this was to occur there would be implications that would require further change to the 2026 F1 design, as a brake-by-wire system would need to be developed for the front axle.

Regardless, even if the 2026 MGU-K were to recover energy exclusively from the rear axle, as it does now, it would need redevelopment anyway because of the higher recovery braking retardation that would be associated with the increase to a higher output.

Another interesting aspect related to the increased ERS output of the 2026 PU will be a much improved torque curve, and potentially a reason to broaden the range of transmission gears, and possibly reduce the number of forward F1 gears by 1 or two.

The 2026 F1 Power Unit Sporting Regulations: Changes will be made to the sporting regulations pertaining to the 2026 F1 Power Unit that limit each driver to three PU’s, turbochargers and exhaust systems per season, and 2 off energy stores and MGU-K systems per season, although these numbers will be increased by one unit of each for the first year on the new era in 2026.

Additionally, the number of test benches and dynamometers that any PU supplier can use has been restricted according to a schedule published in the announcement that covers a range from this year through until 2030.

The FIA has described the intentions of these test and development limitations as necessary to ensure cost controls, which obviously have an impact on competitive equality.

Once again, omitted from the FIA’s announcement was any mention of allowances made to the testing and development resource limitations for incoming and new PU suppliers, although the associated press release from the FIA President does acknowledge that “the regulations are intended to make it possible and attractive for newcomers to join the sport at a competitive level.”

The 2026 F1 Power Unit Financial Regulations: According to the FIA’s announcement the 2026 PU financial regulative regime was developed in collaboration with a renown global consultant to ensure the regulative certification as fit for purpose with the intention of achieving a long term competitive balance, sporting fairness, financial stability and sustainability of the suppliers, whilst conserving the bespoke technological and engineering challenges of the sport.

A regulated and adjusted for indexation spend cap of USD$95 million for each supplier has been set for the reporting periods of 2022 through to 2025, whilst the cap will be raised to USD$130 million from 2026 onwards.

Impact: Even though the clear purpose of the 2026 PU financial regulations is to limit spending to ensue the sport is sustainable, competitive, and fair, it is important to critically acknowledge that because the concept of financial regulation in F1 is only a very recent addition to the regulative agenda, any form of fiscal regulation by the governing body is quite immature in its technicalities and processes.

F1 is a sport that was founded on the need to find an interpretation of the rules in such a way that a competitive advantage is found, and as the financial regulations are indeed new in nature and also free of any real challenge from the teams to date, it is quite possible that the new 2026 PU financial regulations will encounter what might inevitably be describes a creative accounting, as they all struggle to find what is ingrained in the sports heritage, a way to find an advantage over the competition.

As mentioned earlier in this discussion the announcement made yesterday by the FIA was dual-pronged, and the second instalment of this copy of Tech Draft, scheduled for publishing tomorrow, will discuss the amendments to the 2022 F1 Technical Regulations that come into effect at the next round of the World Championship in Spa, and the changes revisions that will be applied to the same regulations for 2023.