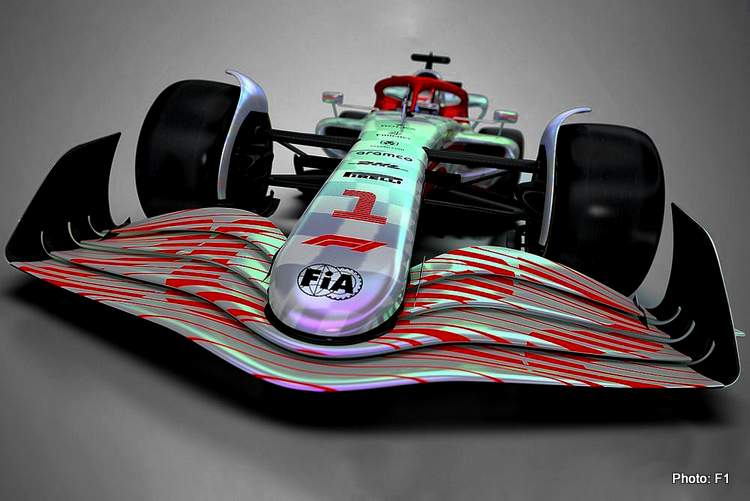 As discussed in yesterday’s offering of Tech Draft, not only did the FIA World Motor Sport Council ratify the 2026 Formula 1 Power Unit Regulations on Tuesday, but also amendments to the 2022 and 2023 F1 Technical Regulations were announced.

The changes were many and varied and once again even though many might disapprove of their necessity and the way in which they were implemented, the purpose of this discussion is to explore their context, and what influence they might have on the sport, rather than argue about matters that can’t be changed.

According to the FIA changes were required to the 2022 and 2023 Technical Regulations to address the matter of porpoising and to introduce greater safety standards for the roll hoop structure and other more minor concerns.

2022 F1 Technical Regulation Changes: There was only one change to the 2022 technical regulations, specifically being a further definition made in clause 3.15.8 pertinent to Central Floor Flexibility. The changes made define the stiffness requirements of the underfloor plank, broadened beyond the highly localised previous definition, and skids around the thickness measurement holes in a more detailed manner.

Whilst not detailed in the revised 2022 technical or even the sporting regulations, the FIA has reiterated once again that “From the Belgian Grand Prix, the FIA will be measuring the (porpoising) phenomenon and expecting teams to operate below a certain threshold in order for their car to be considered safe.”

However as Tech Draft has discussed previously the details of this threshold and how it will be metered are detailed in Technical Directive 039, which according to FIA regulation is supposedly exclusive only to the F1 teams and the governing body, even though some seemingly more privileged members of the media have reported that they have managed to come into possession of copies, which is unfortunate and unfair for the consumers of independent F1 media outlets, such as us here at Grand Prix 247.

Impact: Even though the 2022 regulations will have a greater focus on floor flexibility, specifically a more defined regulation on plank flexure limits from the upcoming Belgian Grand Prix at Spa onwards, whether the impact will be greater for some teams as opposed to others can only be subjective because there has been no quantitative evidence collected substantiating anything except conjecture.

A similar argument can be applied to the argument of which teams TD039 might affect the most, and what that level might be, simply because as no empirical data has been collected whatsoever to date it would be pointless for the metric to even be defined yet, let alone for it to be policed.

Nevertheless, it is obvious that some teams have a need to run their cars noticeably closer to the track surface than others to attain performance, and consequently they porpoise more than others, whilst some teams don’t appear to suffer from it at all.

2023 F1 Technical Regulation Changes – Porpoising: In continuing its battle against aerodynamic influenced vertical oscillations in 2023 the FIA has made several further amendments to the new era ground effect technical regulations such as raising the floor edges by 15mm, raising the underfloor diffuser throat height whilst ensuring the change doesn’t impact the design of mechanical components, increasing the diffuser edge stiffness, and the addition of a mandatory sensor to monitor vertical oscillations, although the type, position and connection method seems to yet be defined.

Impact: By increasing the stiffness of diffuser and floor edgings the FIA are effectively mitigating the risk that teams will design flex capability into them, which in theory will imply a reduced risk that porpoising will occur.

In theory any raising of ride height will not only help mitigate boundary layer detachment in the underfloor venturi tunnel throat and the associated choking or stalling that initiates porpoising behaviour, but it will also reduce the level of downforce produced by the underfloor, move the aerodynamic centre of pressure forwards, and force the teams to compensate with higher downforce rear wings.

This will thus also induce more aerodynamic drag, whilst the inherent nature of raising the ride height of a ground effect car in isolation also reduces the degree of laminar flow in the venturis, and once again, therefore, induces more drag.

In essence, a 2023 car may very well have less downforce, be more draggy, and ironically throw more aerodynamic turbulent wake rearwards, which contradicts the stated intent of the new regulative regime.

2023 F1 Technical Regulation Changes- Roll Hoop Structure: An investigation was carried out by the FIA after the shocking accident at the start of the 2022 British Grand Prix in which Zhou Guanyu’s rollover resulted in the detachment and failure of his cars rollover protection structure, and this has resulted in a change to the technical definition of the roll hoop to ensure that a structure of the pointed blade type is no longer acceptable for homologation.

Impact: A pointed tip blade type of roll over structure homologated for use, such as that exclusively used by Alfa Romeo Sauber in 2022, was found by the FIA’s investigation to be more prone to digging into the track surface if the car is in a rollover situation, increasing the horizontal forces it is subject to, and increasing the risk of the structure failing, and in this case detaching completely.

The regulation change has mandated that the rollover structure has a rounded top, a change to the homologation test to ensure a minimum height of for the point of test load application which will possibly force teams to design more robust structures, the inclusion of a new homologation test that pushes the structure in a forward direction, and new non-destructive tests to be carried out by calculation.

As all these changes are based purely on the need to increase driver safety the only acceptable perspective is one of full support of the measures.

Minor F1 Technical Changes For 2023: Several other minor changes to the 2023 F1 Technical Regulations have been made on the grounds of safety such as a change to increase the minimum tensile strength of the M12 safety cell/PU connecting bolts to 100kN, the inclusion of a measure mandating the ERS shutdown process must be started immediately when the electrical circuits to the ignition are cut off by either the drivers electrical master switch, or the external remote hook activated electrical masters, and inclusion of a requirement that the fuel bladder must not have an internal pressure that exceeds 1.0 bar exerted on it.