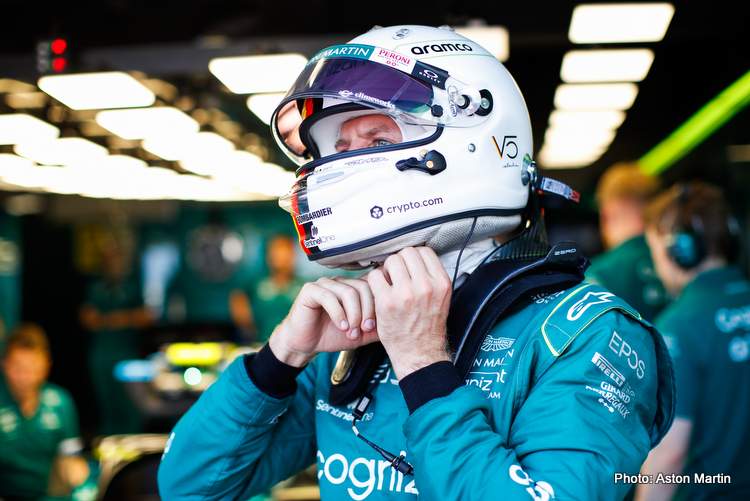 Aston Martin announced today, that four time Formula 1 Champion Sebastian Vettel will retire at the end of the 2022 season after two years with the team.

There has been a lot of speculation surrounding the German’s future in the sport as his contract with the team would expire at the end of this season.

Aston Martin have said before that it is up to them to make sure Vettel would renew his contract and that they would be foolish not to retain him.

However, the news broke today, that Vettel will finally hang up his helmet after 16 years in top flight where he amassed 53 wins, 57 pole positions, and four consecutive F1 Titles between 2010 and 2013 when he dominated the sport with Red Bull Racing.

Vettel started his career with one race with BMW Sauber at the 2007 USA Grand Prix, after which he moved to Toro Rosso (now AlphaTauri), where he won his first race at the 2008 Italian Grand Prix from pole, becoming the youngest ever polesitter and race winner.

In 2009 he moved to Red Bull Racing where he remained until 2014 and won all of his four Titles, after which he moved to Ferrari for the 2015 season.

He remained with Ferrari until the 2020 F1 season but further Title glory eluded him, as he chose to end his career with Aston Martin.

Sebastian Vettel said: “I have had the privilege of working with many fantastic people in Formula One over the past 15 years – there are far too many to mention and thank.

“Over the past two years I have been an Aston Martin Aramco Cognizant Formula One™ Team driver – and, although our results have not been as good as we had hoped, it is very clear to me that everything is being put together that a team needs to race at the very highest level for years to come.

“I have really enjoyed working with such a great bunch of people. Everyone – Lawrence, Lance, Martin, Mike, the senior managers, the engineers, the mechanics and the rest of the team – is ambitious, capable, expert, committed and friendly, and I wish them all well.

“I hope that the work I did last year and am continuing to do this year will be helpful in the development of a team that will win in the future, and I will work as hard as I can between now and the end of the year with that goal in mind, giving as always my best in the last 10 races.

“The decision to retire has been a difficult one for me to take, and I have spent a lot of time thinking about it; at the end of the year I want to take some more time to reflect on what I will focus on next; it is very clear to me that, being a father, I want to spend more time with my family.

“But today is not about saying goodbye. Rather, it is about saying thank you – to everyone – not least to the fans, without whose passionate support Formula One could not exist,” Vettel concluded.

Lawrence Stroll, Executive Chairman of Aston Martin added: “I want to thank Sebastian from the bottom of my heart for the great work that he has done for Aston Martin Aramco Cognizant Formula One™ Team over the past year and a half.

“We made it clear to him that we wanted him to continue with us next year, but in the end he has done what he feels is right for himself and his family, and of course we respect that. He has driven some fantastic races for us, and, behind the scenes, his experience and expertise with our engineers have been extremely valuable.

Sebastian, you have inspired so many throughout your career, both in #F1 and beyond.

Stroll: Vettel one of the all-time greats of F1

“He is one of the all-time greats of Formula One, and it has been a privilege to have been able to work with him. He will continue to race for us up to and including the 2022 Abu Dhabi Grand Prix, which will be his 300th Grand Prix entry. We will give him a fabulous send-off,” Stroll concluded.

Mike Krack, Team Principal of Aston Martin commented: “Sebastian is a superb driver – fast, intelligent and strategic – and of course we are going to miss those qualities.

“However, we have all learned from him, and the knowledge that we have gained from working with him will continue to benefit our team long after his departure.

“Aston Martin Aramco Cognizant Formula One™ Team is a great project, with unlimited potential, and the groundwork that Sebastian has done last year, and is still doing this year, is crucial.

“When we become fully competitive – and we will – one of the architects of that future success will be Sebastian, and we will always be grateful to him for that,” Krack admitted.