Watson: Difficult for Masi to keep his job 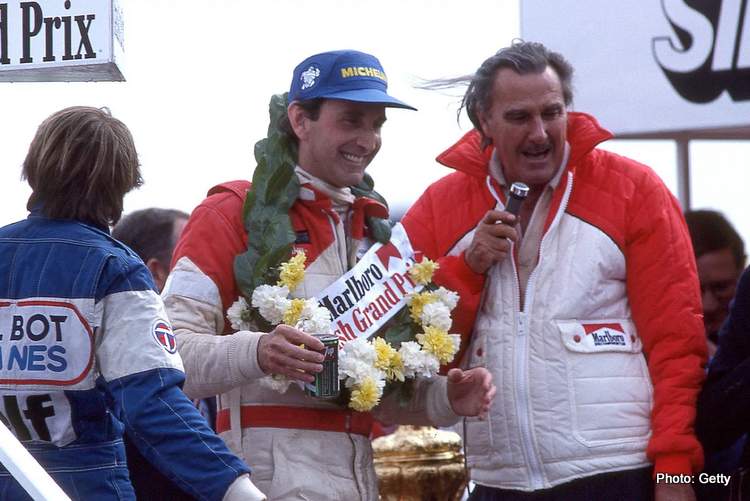 Former Formula 1 driver, John Watson, weighed in on the ongoing Michael Masi saga, as he believes that it would be difficult for the Race Director to keep his job in light of what went down at the 2021 Abu Dhabi GP.

Michael Masi has been the focus of all F1-related news in the past few days, with the FIA announcing that the outcome of their investigation into the events of the 2021 season finale in Abu Dhabi last December will be announced ahead of the 2022 F1 season opener in Bahrain in March.

Reports have linked Lewis Hamilton’s decision, to continue racing in F1 in 2022, to the outcome of the sport’s governing body investigation current underway, with reports emerging showing that the updated FIA General Organization structure has no mention of Masi with his position on the Single Seater division now held by Peter Bayer.

Watson, a veteran of 152 grands prix over his career that spanned between 1973 and 1985, was speaking in an interview with RacingNews365.com, and when asked about if he expected Masi could keep his job as Race Director, he admitted: “Personally, I would say it’s difficult.

“Masi didn’t take a side and favour one driver or one team over the other, but there’s the consequence of what his actions were and his desire, I believe, to see the race finish under a green flag.

“I understand that it would have been awful way to end the championship if it finished under a Safety Car,” the five-time grand prix winner acknowledged.

“But there were potentially other options, of which one, I understand, would have been to red flag it immediately, then everybody could have come into the pits, could have reloaded on fresh rubber, and restarted the race.

“Ultimately, I think that there’s been a number of issues throughout the season. Some of these have been compounded by these incessant communications between pit wall and Race Director.”

“I just wonder what kind of support there is for him amongst the teams going into a new season – can they rely on his judgement?” he wondered.

“It’s like having a football match, having the two managers of each respective team having an ongoing dialogue with the referee during a match,” the former McLaren driver said, referring to the communications both Christian Horner and Toto Wolff had with Masi during races.

Watson believes some F1 staff should not be in the spotlight while doing their jobs, hinting that Drive to Survive might have altered the culture within the sport, providing access previously unavailable to public.

“There are channels for challenges, but not as a part of what I feel has become the consequence of the access given to Netflix and Drive to Survive, wherein we’ve now got this type of ‘Support Act’ to the stars,” he pointed out.

“They are people that should be behind the scenes and shouldn’t at any point of time be given acknowledgement. That’s not their job, and that’s not what they’re in that position for,” the 75-year-old concluded.