Unclear if Hamilton will be on the 2022 F1 grid 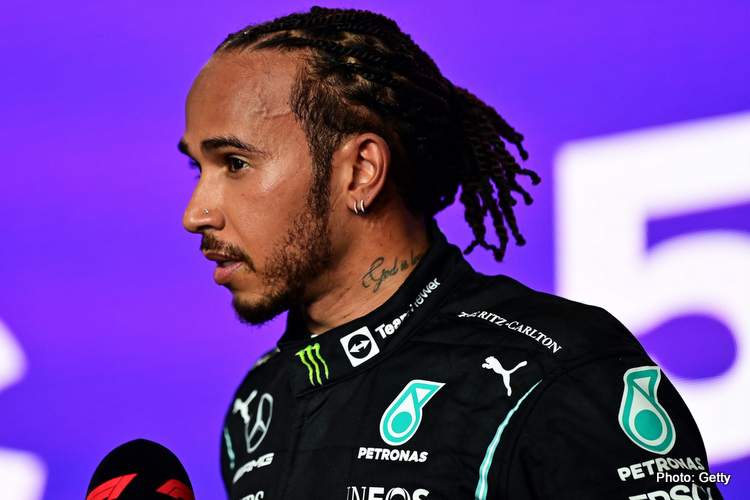 Lewis Hamilton is yet to say a word about his future in Formula 1, having gone underground after his controversial title defeat at the 2021 Abu Dhabi GP, with sources at Mercedes are claiming it is unclear whether the Briton will race in 2022.

Whatever went down on that controversial December evening in Abu Dhabi in 2021, under the floodlights of the Yas Marina circuit and what followed in terms of protests, appeals, and withdrawal of appeals has been well documented and sufficiently reported now.

The result? Max Verstappen in the 2021 F1 World Champion, and Lewis Hamilton is away from the spotlight licking his wounds and contemplating his future, as the FIA are yet to produce the results of the investigation they have launched in the aftermath of the 2021 F1 season finale, to try and understand and then explain what happened regarding the safety car period late during the race, and the manner in which it was administered which Mercedes and Hamilton believe handed over the race victory and the Championship to Verstappen.

Craig Slater gave whatever information he had in the matter when asked by Sky Sports about the yet to be known future of the seven-time World Champion.

Based on what he called “senior sources close to Lewis Hamilton”, Slater said: “As we speak right now, with 69 days to go until the first Grand Prix in Bahrain, it is still unclear whether Lewis Hamilton will be on the grid.

Hamilton only spoke to Jenson Button in a post race interview where  a question about his future was answered by: “well we’ll see about that”, something Slater stressed on during his interview.

“I’ve spoken to various individuals since, who have had some contact with him,” he said. “By and large they told me that they expected Lewis to be back to try and win an eighth world title in 2022.

“What they explained to me though was that, even if he seemed to take it well on the night, it hit him very hard in subsequent days [what went on], the manner of losing the victory on the night and therefore the championship.

“Remember he said over team radio that he felt what had happened towards the end of the grand prix was that events had been manipulated,” Slater mused.

Adversity causes some to break; others to break records. 💜🖤💪 pic.twitter.com/KVTf6iXKma

Slater referred to the FIA investigation that was launched to analyze the 2021 Abu Dhabi GP events as a factor in Hamilton’s decision whether or not to race in 2022.

He explained: “What I can report today is that, in terms of Hamilton coming back to Formula 1, and having the appetite to do so, getting over the ‘disillusionment’ which his team boss Toto Wolff stated he had for the sport after the events of December, they believe the onus is on the FIA to deliver on the pledge they made before Christmas to investigate the happenings on that final lap and to come up with some findings.

“They want to see something tangible from that investigation and they want to see it sooner rather than later,” Slater pointed out, claiming that a delay in the outcome of the investigation will make matters worse as he even speculated that a “sabbatical” maybe on the cards for Hamilton.

“It’s been put to me like this: the longer this drags on, the longer we don’t get a result to that investigation, and some findings from the FIA in terms of how F1 is to conduct itself going forward, then the worse the Lewis Hamilton situation is, and that is from a senior source close to that situation, which I think is significant.

“So while you would expect Lewis to be back, trying to win that eighth world title, as things stand at the moment it is unclear within the team that that is what he will be doing, and I suppose all the options might be on the table, maybe even a sabbatical year for Lewis if he doesn’t feel ready to come back in 2022 as well.

“As far as the team are concerned, the onus is on the FIA to make good on their pledge to investigate that final lap in Abu Dhabi and to come up with some findings,” Slater summed up.

💬 “The longer it goes on, the less chance we’ll see Lewis”

Craig Slater gives his insight on whether or not we will see Lewis Hamilton when the season starts 🤔 pic.twitter.com/MgdpVxFpQE