Hamilton: There’s Still work to do 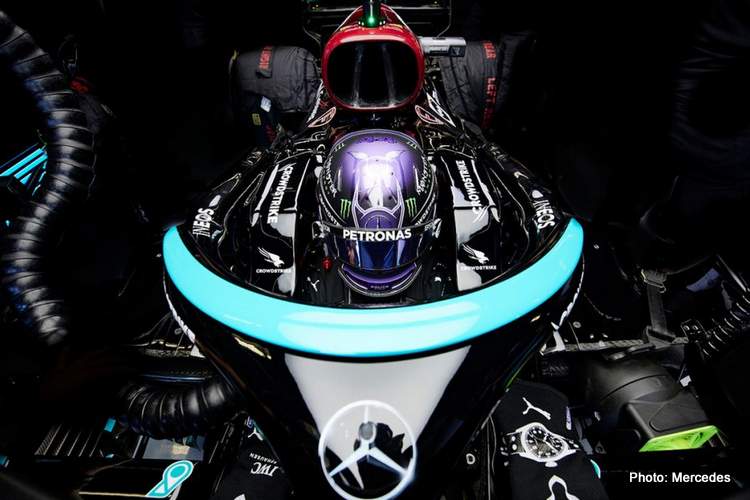 After topping FP1 for the 2021 Formula 1 United States Grand Prix in Austin, Mercedes fell back in FP2, and Lewis Hamilton concedes that there’s still work to do for the world champions.

Speaking in his team’s press release, the seven-time world champion – who finished FP2 in third place 0.364s off the pace of session leader Sergio Perez – said: “Generally, it’s been a good day but there’s still work to do.

“The first session was really good, but I made some changes for FP2 and I wasn’t as happy with the car,” Hamilton explained. “The pace wasn’t bad, but I think we lost a bit of ground to everyone, so we need to dig into the data tonight and figure out why.”

The Briton was heard over the radio during practice saying that the rear tyres were overheating by the end of the lap.

He revealed: “The surface here feels rougher and that means it’s a struggle to keep the temperature out of the tyres, so there’s more degradation than we’ve experienced before.

“It’s been a productive day so we have plenty of findings that we should be able to navigate well and improve for tomorrow,” Hamilton summed up.

Valtteri Bottas who topped FP1 on Friday in Austin ahead of Hamilton, was fourth in the second practice session – as nothing separated the Mercedes drivers in terms of pace – and seemed upbeat about his chances despite receiving a 5 place grid penalty for an engine change.

“I think we have a good car here and even with my five-place grid penalty, we can still have a good race from wherever I end up starting,” the Finn claimed.

“Today showed it is pretty close at the front but it’s still all to play for. Because of the penalty, the main thing for me was focusing on the long-run pace and that’s what we did, especially in FP2.

“There’s still a lot of work to do with the set-up, as it wasn’t easy to drive and, in some places, the track has lost quite a lot of grip, so the balance was inconsistent,” Bottas explained.

“But we’ll look at the best options tonight and see what we can do, because I will be racing other cars and need to overtake if I want to make it to the podium and fight for the win,” the winner of the 2021 Turkish Grand Prix concluded.

With Hamilton trailing title rival Max Verstappen by six points in the drivers’ standings, Mercedes are ahead of Red Bull by 36 points, and seem to have the pace advantage with Hamilton declaring his target to win every race from now till the end of the season.