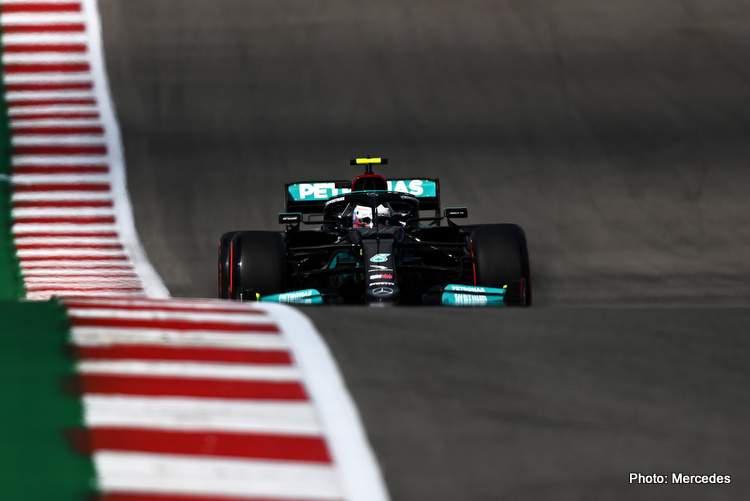 Formula 1 was back to the Circuit of the Americas in Austin, for the 2021 United States Grand Prix after a one-year hiatus. FP1 saw Valtteri Bottas top the timing screens with Mercedes firing an early warning shot.

FP1 in Austin for the 2021 US Grand Prix confirmed Red Bull’s fears about Mercedes’ pace, as Bottas set the fastest time of 1:34.874, leading teammate Lewis Hamilton by 0.045s in second place.

Championship leader Max Verstappen was third, a worrying 0.932s off the benchmark time. Not an encouraging start for the Dutchman’s American weekend.

Ferrari’s Charles Leclerc, who had a moment at Turn 6 almost 20 minutes into the session, recovered to take fourth place 1.460s off Bottas’ time.

His teammate Carloz Sainz was fifth, 0.174s off the Monegasque albeit on Medium tyres, whereas Leclerc’s fastest time was set on the Soft tyre compound.

Sixth place was reserved by the ever impressive Pierre Gasly who was 1.737s off the pace, but ahead of Sergio Perez in seventh who was a whopping 1.924s off the top time, but used the Hard compound to set his fastest time.

Lando Norris could not muster more the eighth on 1:36.855, compared to a lowly 16th place for his teammate Daniel Ricciardo in the sister MCL35M.

Less than five minutes into the session, Fernando Alonso’s Alpine broke down at turn 12, and the session was red flagged to retrieve the stricken A521. Alpine did a good job to get Alonso’s car up and running with 25 minutes remaining, and the Spaniard ended the session in 15th place. 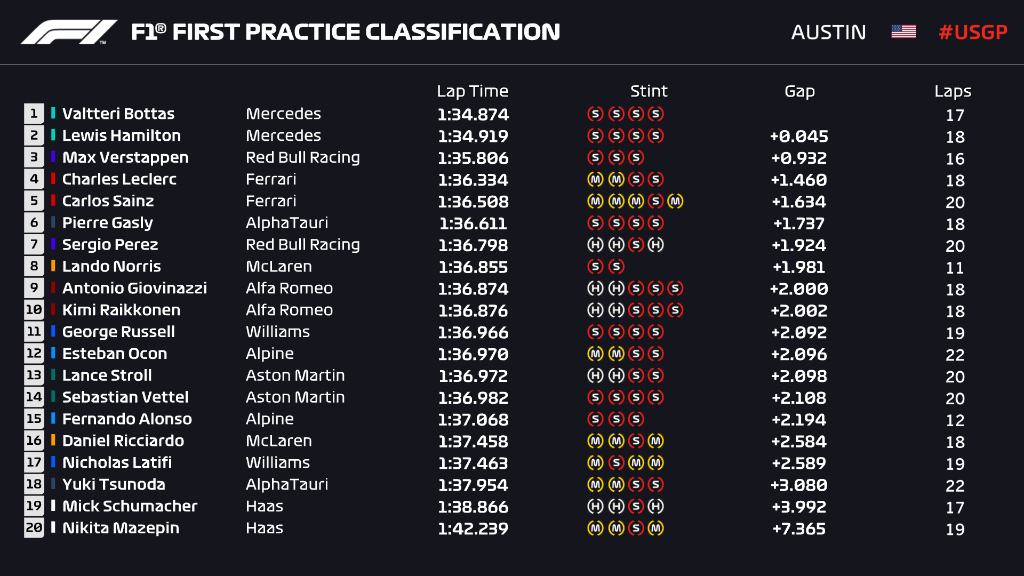