Horner: No protest but we questioned Mercedes speed 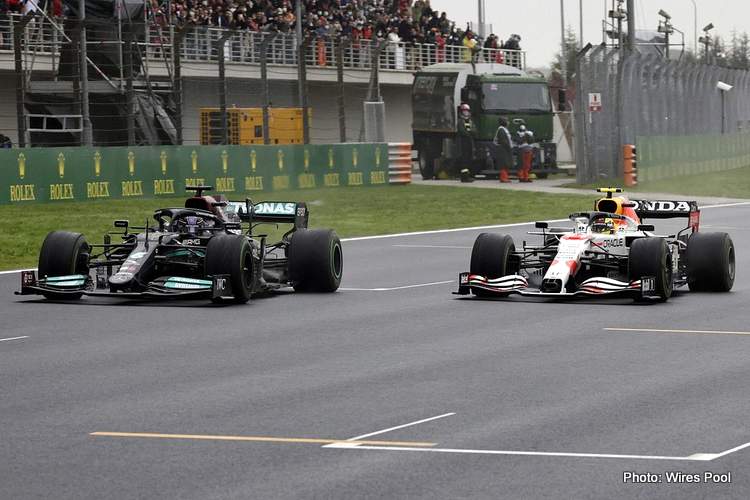 After the Turkish Grand Prix, Red Bull team boss Christian Horner has questioned the newfound pace in Mercedes, Lewis Hamilton’s car in particular, and apparently, he is not alone.

Although Max Verstappen and Sergio Perez finished second and third on Sunday, they were no match for comfortable race winner Valtteri Bottas in the other Mercedes.

Hamilton qualified fastest on Saturday by a tenth and a bit over second-best Bottas, and three-tenths faster than Verstappen.

On race day, while Bottas controlled matters at the front, Hamilton powered from P11 on the grid, thanks to a ten-place grid drop engine penalty. But he was unstoppable as he carved his way up to third place before pitting late on to finish fifth.

After the race, Horner said the Mercedes performance: “Their straight-line speed has taken a significant step recently and I think that whereas we could match them with smaller wings previously, now we can’t get near.

“We saw that particularly at this circuit where Lewis, in particular, had a significant straight-line advantage with a bigger rear wing on the car. We’ve got to maximise our package as best we can and, as I say, it’s surprising that they’ve made the step that they have with the power unit.”

But Horner insisted that while questions were asked, they were not alone as other teams also aired concerns: “Just for clarity, we didn’t protest it. We raised some questions, as all teams do.

“It wasn’t just Red Bull by the way, there were other manufacturers raising questions as well that continue to be raised. It’s something that’s down to the FIA to look at, for them to police. But when you’ve got great straight-line speed that’s greater than with the DRS opened, that’s pretty impressive.

“I mean, if you look at the straight-line [race] speed of particularly Lewis, it was like 15 to 20 [kph] up after the kink on the straight. It’s phenomenal. We’ve got to find a bit of straight-line speed – maybe they were running a different downforce configuration, but we have some speed to find.

“We’ve got some tracks coming up that hopefully suit us, but we know Austin is Hamilton territory, so we’re going to have to be on our A-game,” declared Horner.

After the race in Turkey, Verstappen echoed his boss after having to stare at the back of Bottas’ Mercedes all afternoon: “Considering our whole weekend being a bit off the pace compared to Mercedes I think we had quite a decent race. I didn’t have the pace to fight Valtteri, so there was also no need to try to be within two, three tenths, to try and just follow him.”

As far as the title races go, it was a bittersweet day for Red Bull in Istanbul, on the downside they dropped to 36 points behind Mercedes in the Formula 1 constructors’ championship but on the upside Verstappen now leads the F1 drivers’ standings by six points from hamilton.

A clinical pass from Bottas that ultimately won him the race #TurkishGP 🇹🇷 #F1 pic.twitter.com/pZOFAyIOmS