Brawn: The driver is in a bubble 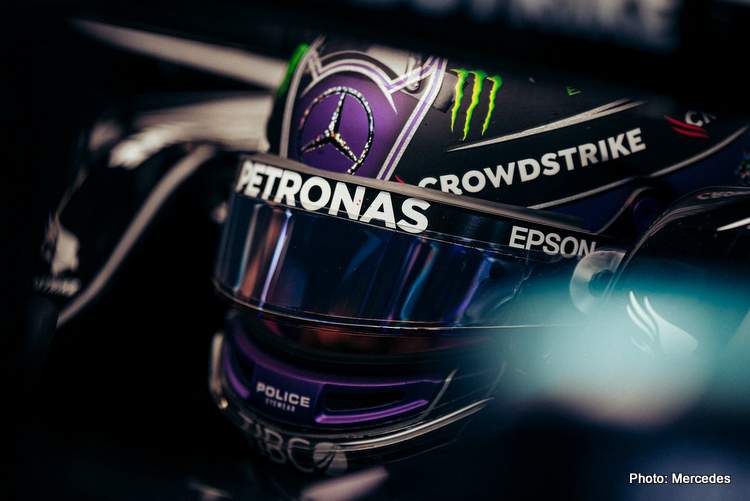 Formula 1 Managing Director – Motorsports Ross Brawn weighed in on the hot topic emerging from the 2021 Turkish Grand Prix – Lewis Hamilton’s pit stop dilemma – hinting the team was right, as the driver is in a bubble.

Brawn gave his views on how the Turkish Grand prix unfolded, with all predictions towards the outcome rendered useless, a familiar trait of this year’s F1 season.

“The 2021 Formula 1 season is just the gift that keeps on giving,” he wrote. “We’re not entering races knowing who is going to win. Turkey was the same – it was a fascinating and engaging race.

“While it didn’t have a huge amount of spectacular action, there was a nice developing and evolving feel to it, especially towards the end with the dilemma of whether to stay out on one set of tyres or come in. It caught a few of the teams out.”

Brawn went on to address the elephant in the room – the Hamilton-Mercedes pitstop saga – being the latest of many pundits talking about it.

“Once again teams were faced with a very difficult strategic decision,” the director said. “In these scenarios, you’re trusting your judgment, experience and feel.

“As we saw with Lewis, there was a fair bit of initial resistance from within the car about pitting. When these situations are not clear-cut and you get a push back from the driver, it’s easy for a team to back off what they feel was the right decision.

Brawn went on to explain: “The driver is in a bubble. They need to give you information, but what they can’t see is all the data being fed to the pit wall.

“In Lewis’ case if he didn’t box and the tyres had gone away or there had been a light rain shower, he would have tumbled down the order and that would have been a disaster,” was Brawn’s final verdict on the matter, which clearly hinting at Mercedes taking the right decision pitting Hamilton for a new set of Intermediate tyres.

“He did not put a foot wrong in very difficult conditions. Mercedes had a very good car, but he made the most of it – and never allowed a threat from behind.”

Brawn thinks Bottas is handling the fact that he is leaving the team quite well: “He’s the outgoing member of the team and in this scenario, it is easy to drop your chin, but he kept his up and I think he did a brilliant job.

“We all know Max is supreme in those wet conditions, but he couldn’t touch Valtteri. He showed us that if Alfa can give him the car next year, he’ll respond and make the most of it,” was Brawn’s prediction of Bottas’ Alfa Romeo future.

The Briton spared a word for Red Bull’s Sergio Perez, complementing his job on Sunday’s race, as the Mexican’s vigorous defense on the charging Hamilton was a race highlight.

“It was a solid performance from Checo after some difficult races,” he said. “It was another race where it was easy to make mistakes, but he delivered the sort of speed and showing we’ve been expecting him to since he joined Red Bull for this year.

“He made a fair defence of his position against Lewis (see the video below), and it was one of the most exciting parts of the race.

“He needs to do that every weekend,” Brawn advised. “Maybe it will give him a boost and we can see that level of performance from him more consistently in the future.”

Brawn’s opinion was expressed, in his latest routine column for F1.com after the the 16th round of this year’s Formula 1 season at Turkey’s Intercity Istanbul Park.