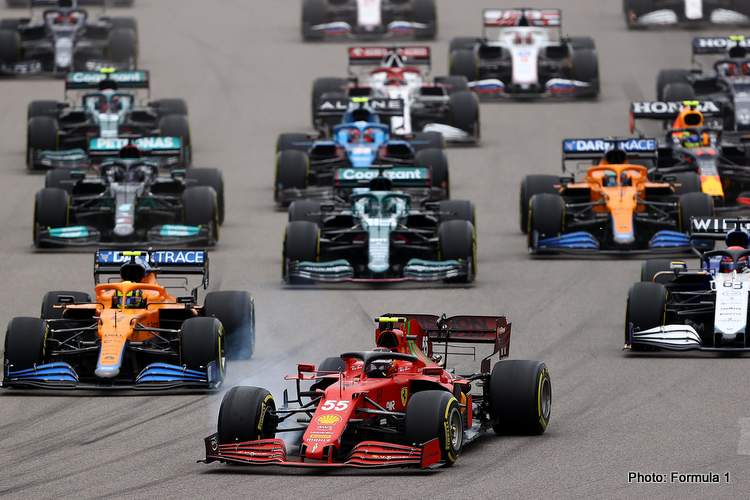 With the Formula 1 world waiting with anticipation on how this season’s title contenders get on with their skirmishes at the 2021 Russian Grand Prix, Sochi delivered a thriller, albeit for five laps only.

The weekend of the Russian Grand Prix started with various questions hovering over the paddock, with Red Bull’s Max Verstappen incurring a three-place grid penalty for his crash with title contender Lewis Hamilton in Monza two weeks earlier.

This initial penalty triggered questions about the power unit strategy the Austrian outfit would adopt, by deciding whether or not they add a new power unit to their allocation, taking the inevitable grid penalty that would entail.

The answer was swift as Red Bull confirmed on Friday that Verstappen would get a new power unit and start from the back of the grid.

Good news for Lewis Hamilton then, right? Well, not so fast.

Instead of Mercedes and Hamilton capitalizing on the Dutchman’s misfortunes, they tripped over themselves during qualifying to end up fourth with Hamilton, and seventh with Valtteri Bottas.

I don’t think anyone was disappointed with the outcome from qualifying, as the top three were a refreshing sight for F1. Lando Norris on pole, with Carlos Sainz and George Russell second and third respectively; three young drivers, driving for three historical teams who haven’t been doing so well lately, secured the top three spots. Great stuff!

Back to Mercedes, as Bottas was later announced to have taken a new engine as well, dropping to 17th on the starting grid before eventually starting 16th after all the drivers’ penalties were applied.

Good luck by the way trying to find out who will start where, when multiple penalties are applied and we can thank the very straightforward F1 rulebook for that, but let’s not dwell on this now.

So the stage was set for a proper race, with the two title contenders, separated by five points in the Drivers’ Championship at that moment, each dealing with his own issues with a slight advantage for Hamilton due to his higher starting grid place.

The race’s initial stage was underwhelming, except for some excellent starts by Sainz who overtook Norris, some opportunistic moves by Fernando Alonso, and of course Charles Leclerc, who transformed his SF21 into a rocket ship, making up seven places on lap one. Other than that it was a procession, with people wondering if Hamilton will catch and pass Norris who was doing a good job keeping the champion at arm’s length.

Then came the rain, and the race was transformed, and based on that we head to our usual Five Takeaways from the 2021 Russian Grand Prix. 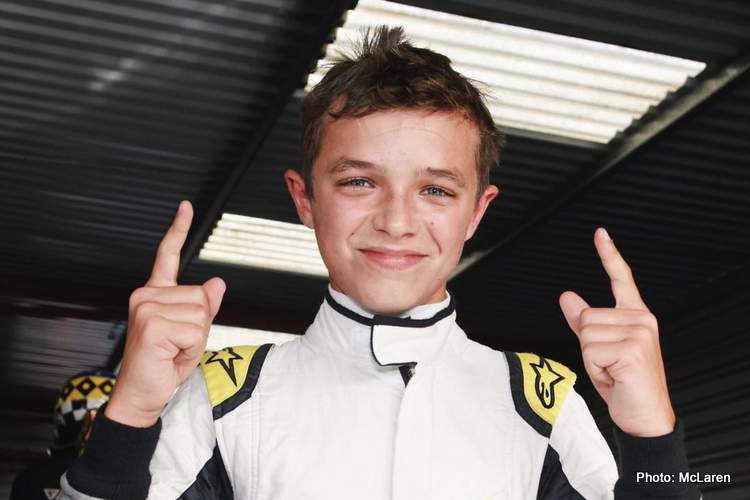 Lando Norris has been on an impressive upward trajectory since he joined F1 in 2019, and he has found an extra gear this season, as he made his more experienced teammate Daniel Ricciardo look ordinary, despite the latter winning last time out in Monza.

He has scored points on all but two occasions this year with four podiums to his name as he lies fourth in the standings behind Bottas by only 12 points. Impressive stats considering he drives, arguably the third-fastest car in the field.

His pole in the wet was breathtaking. His initial race performance as well was something to behold, keeping his head down and recapturing the lead from Sainz, and then enduring continuous pressure from Hamilton in a faster car with an ever closing gap was highly commendable.

But then came the rainy part of the Sochi race and it showed that young Lando is still lacking.

Honestly, I cannot gather how he thought slicks were fine as he told his team he didn’t want to pit for intermediates. I can’t understand how his team left him out, but that’s not our focus now… Just one thing: What was Andreas Seidl thinking??!!

Lando is a really nice kid with tons of talent, and his joking and playful demeanour is a breath of fresh air in the paddock. But after his decision in Sochi, it really shows that he might be taking things lightly, or too lightly.

You cannot be blamed if you consider that his attitude through the race was borderline cocky (especially if you listen to his radio), although it really shows that he deals well with pressure.

In Monza, after his teammate won McLaren’s first race since 2012, Norris said his time will come, and it seems he wanted it to be at Sochi.

That would have been possible had it not rained, and even if he listened to his team, and boxed when he was told, but that just shows you he still has a lot to learn, which he will.

He will recover, learn, and bounce back from this, but until the next race, he’ll be hurting.

Of Hamilton and Verstappen 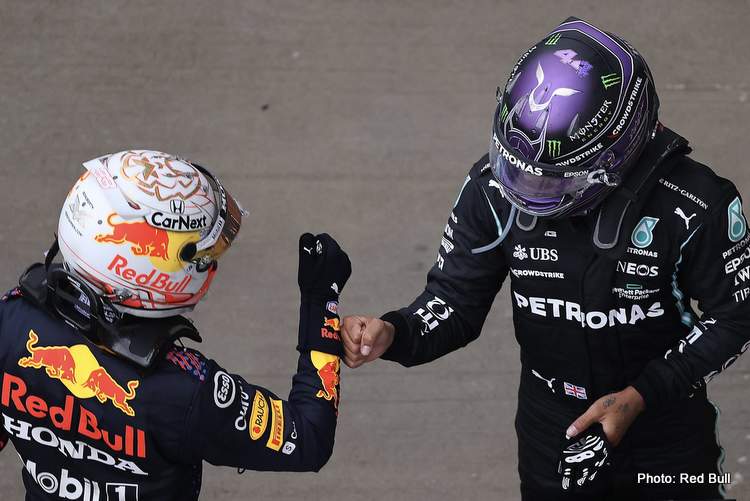 So our title contenders leave Sochi 2 points apart but in reversed order. For a change now, luck was on Verstappen’s side, because – to be honest – Hamilton was always in for the win even from fourth on the grid,  without the need of extra luck. Not that he didn’t have his fair share of it on several occasions with Silverstone 2020 a stark example (finished the race on three wheels), and Imola 2021 another (binned it but survived through red-flag period).

Verstappen on the other hand has received his share of bad luck this year namely in Baku (tyre blowup while leading) and Hungary (taken out courtesy of Bottas’ acrobatics), but second place in Russia was lady luck performing a rain dance in those final laps of the race, as until then, seventh was his best prospect.

Kudos for Red Bull for switching him onto intermediates when they did, and good work by Max bringing his RB16B home through all the confusion in one piece. 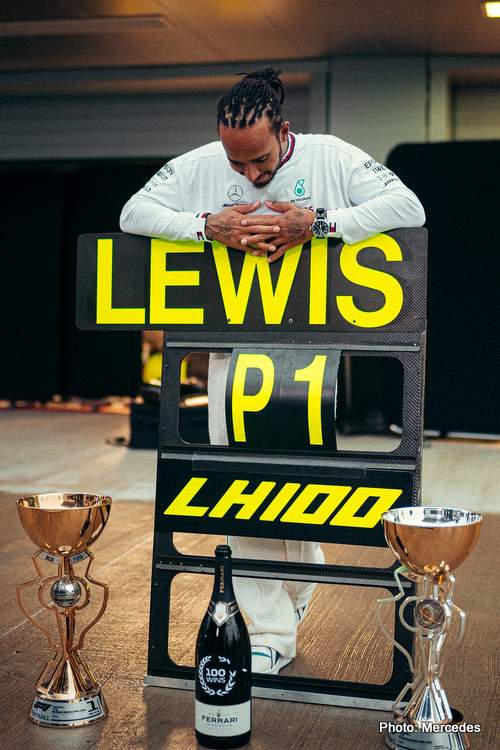 Enough with luck now, as we move on to the special achievement of Lewis Hamilton with that 100th win at Sochi Autodrom. What a milestone that was for the Briton!

He had to wait for it, but it was never a doubt that, in his current form and team, it would come.

He also achieved it against several odds as things didn’t go particularly well for him in Russia, which makes it more special. So congrats to him on that.

But tomorrow is another day, and the fact remains that he still has to achieve a more important milestone in the form of his record-breaking eighth title, which is developing into an increasingly difficult task, with the stern challenge Verstappen is putting up.

With two points separating the pair, the reset button has been hit yet again. But now Lewis has the dilemma of taking a fourth power unit. When and where? Would he be as lucky as Max was in Russia?

Verstappen on the other hand has gone through the pain and came out merely scratched, and he was obviously happier with his second-place than Hamilton was with his 100th win. That’s an overstatement, but he was elated!

Perfection is what both of them and their teams need to prevail. On all fronts, qualifying, strategy, pit stops, car upgrades, driver errors, wingmen… you name it. It has to be perfect when things are that close. And both drivers and their teams have had their fair share of fumbles this season.

But we, the F1 audience, aren’t complaining though. That’s what we need and want to see in our beloved sport. 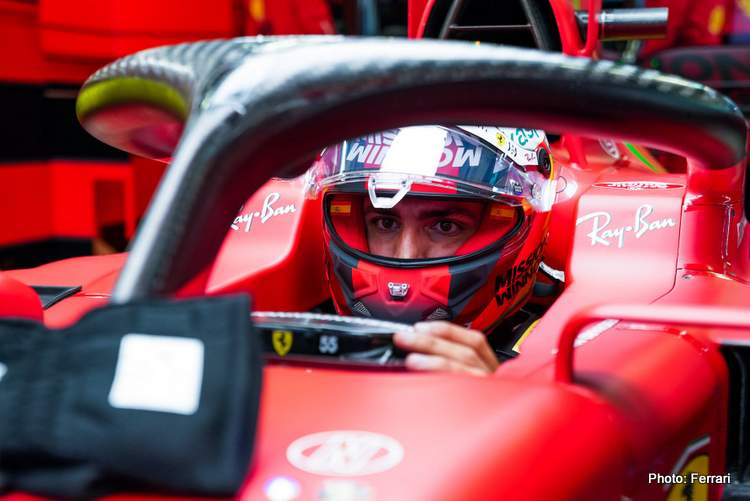 Carlos Sainz has simply been great this season, despite some mistakes here and there. He made the Scuderia his home quite quickly and got on top of his prancing horse impressively.

Going up against Charles Leclerc is no mean feat. The Monegasque is a force of nature and considers Ferrari his team. He has always impressed when he got into the car despite his occasional errors.

But there is something special about how Sainz gets on with his work in such an underrated manner. I dare say he was the only teammate that ran Verstappen close in their Toro Rosso days, and he did that quietly.

Sainz now has three podiums to Leclerc’s one this year and has already jumped him in the drivers’ standings.

Now, we won’t get ahead of ourselves, but Leclerc has had a bit of misfortune this year especially in Monaco and Hungary, and that is where Sainz scored big points (second in Monaco and third in Hungary).

But Sainz is now getting the love at Ferrari, and the Italian team is kind of funny that way. So just asking, will there be a shift of affections within the house of Maranello?

Forget about that, to what level will Leclerc be tolerant if Sainz runs him even closer?

Another strong race at Sochi by F1’s elder statesman Fernando Alonso, who just lost out on a podium, due to a slow reaction from his team to put him on intermediates.

Aston Martin needs to remove the magnets that are on their AMR21’s as they have found each other for the second race in a row. Lance Stroll’s bad though.

Ricciardo was anonymous after his spotlight moment in Monza. He was well off Norris’ pace yet again, when the car had the performance to fight for a win at Sochi on Sunday.