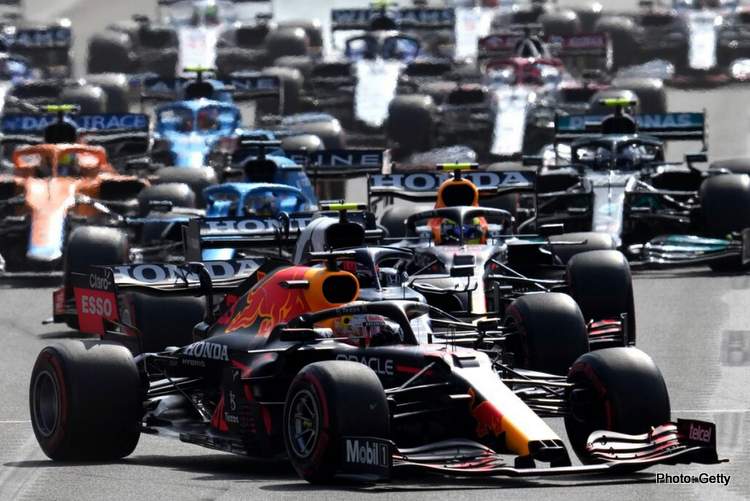 The 2021 Azerbaijan Grand Prix not only produced an exciting result, but it also gave us plenty of food for thought as the narrative of this year’s season starts to develop.

Having watched the race, slept on it and read some reports I am left with some questions that need resolving.

Pirelli – Debris or not Debris?
Usually, if the sidewall detaches from the tread platform it’s a structural failure. Usually, a cut will cause delamination. I know what I saw…..

Is Baku’s T15 the new Wall of Fame?
What is it with T15? This year the list of names caught out by T15 is Verstappen, Leclerc, Giovinazzi, Stroll…… The Wall of Wannabe Champions.

Downforce = Drag?
Or, does it? Baku gave us a good picture of who can run low drag setups in 2021 and still produce enough grip at low speed.

Who can turn it on and keep it up?
It seems we now know who can activate temps and maintain them in the tyres on low abrasive surfaces.

Who has the power?
After years of Mercedes domination when it comes to PU’s it looks like Honda are now there. Even when able to activate DRS Hamilton couldn’t overtake Perez.

Is Mattia actually a genius?
The resurgence of Ferrari continued with another pole position and good race pace.

Do you like yours long or short?
When it comes to direction change, it looks like a shorter wheelbase gets the rotation!

Hamilton or Verstappen for the championship?
With the intensity of the level of competition between Verstappen and Hamilton now seemingly confirmed for the year, who will win?

What is it with Bottas?
The drop in Bottas’s performance is perplexing. Was there an issue? Are there other issues at play….?

Has Perez done enough to shut Helmut up?
Sergio played the perfect game for RBR in covering Max and picking up the pieces when he retired. Is it going to be enough to satisfy Mr Marko?

Is Daniel Ricciardo cooked?
He didn’t look happy all weekend, with no noticeable performance improvement and is exuding an obvious aura of being unhappy whilst once again Norris performed admirably.

Does Mazepin belong in F1?
Mick is well trained and doesn’t like conflict. So, when he is forced to ask, “What the ‘eff was that?”, you’d be forgiven for thinking there might be a problem.

What are Toto and Christians ring names and when is the big fight for the belt?
The ante seems to have been upped between Wolff and Horner in the war of words between MB and RBR. Word is that it should be settled in the ring.

What shirt will Lewis wear on the grid this week?
With all that brake smoke, Lewis should we really breathe the same air as you are, let alone fight it?

Is Tsunoda the new Kimi on the radio?
This week it was, “Just shut up!!”.