Max Mosley has died at 81 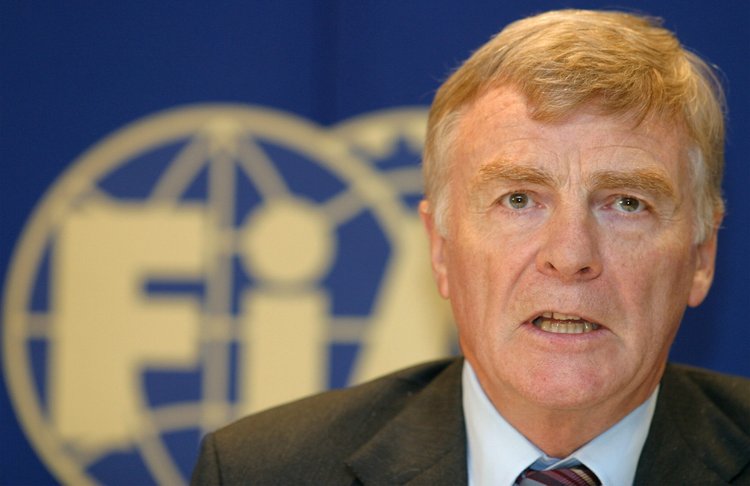 Max Mosley, the former head of Formula 1’s governing body who went on to become a high-profile privacy campaigner, has died aged 81 after suffering from cancer, his family said on Monday.

“The family of Max Mosley can confirm that he died last night after a long battle with cancer. They ask to be allowed to grieve in private,” a statement said.

His old friend and ally in the world of motorsport Bernie Ecclestone paid tribute, along with Mosley’s successor at the FIA helm Jean Todt.

“We were like brothers for 50 odd years,” Ecclestone, 90, told Reuters by telephone from Ibiza. “Better he’s gone than suffer the way he was suffering.”

The youngest son of Oswald Mosley, the leader of the British fascist movement in the 1930s, Mosley was a racing driver, a team owner and lawyer before becoming president of the International Automobile Federation (FIA) in 1993.

He stayed in office for 16 years, serving three terms, before handing over to former Ferrari boss Todt.

The tabloid said it involved Nazi-style role-play, which Mosley denied and the newspaper failed to back up in court.

Refusing to be shamed, Mosley acknowledged an interest in sadomasochistic sex but said he had nothing to hide.

He later gave financial backing to the court costs of claimants in newspaper phone-hacking cases.

The Oxford-educated and aristocratic Mosley, whose mother was the socialite and Nazi sympathizer Diana Mitford, forged a close alliance in Formula One with Ecclestone, the son of a trawlerman.

Both were team bosses in the 1970s, Mosley a co-founder of March and Ecclestone owner of Brabham.

They had already tried their hand at racing, Mosley in Formula Two and Ecclestone failing to qualify for the 1958 Monaco Grand Prix, before realizing their talents lay elsewhere.

Together they formed a double act, controlling and growing the sport from amateurish beginnings into a $1 billion business, while also pushing through much-needed safety measures.

“We had differences of opinions but we could talk to each other about them and sort them out, whatever they were,” said Ecclestone, who acquired the sport’s commercial rights from the FIA on a 100-year lease.

Formula 1’s rights are now controlled by U.S.-based Liberty Media. The sport hailed Mosley on Monday as “a huge figure in the transition of Formula 1.”

“He was a very straightforward guy, Max. Did a lot for the sport, did a lot for the general industry to make sure that people were complying with the right regulations when they built road cars,” said Ecclestone.

“If he thought something needed to be done, and someone needed to be punished, Max was the guy to do it… he didn’t make too many mistakes.”

Such punishment famously included a $100 million fine for McLaren, who were also stripped of all their constructors’ championship points, in a 2007 spying controversy involving Ferrari data.

“He came in and imposed safety measures with authority and very swiftly,” said the Briton, who was Senna’s teammate at Williams.

“It became a shop window really for engineering safety, the drive towards what can be achieved if you put your mind towards it and what F1 could do.” (Reporting by Paul Sandle and Alan Baldwin