The most iconic Formula 1 commentator moments 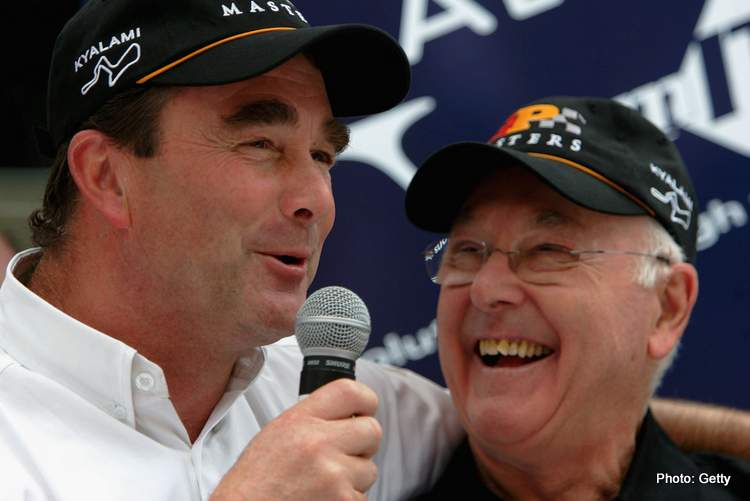 His dramatic voice was perfect for the high-octane sport that he was describing, from his famous ‘pants on fire bellow’ to the heartfelt moment where he confessed to having ‘a lump in his throat’.

His influence spread to later generations of F1 journalists, many of whom cite Murray as a role model. His knowledge, passion and famous ‘Murrayisms’ inspired some iconic phrases from his fellow professionals, all of which added something to some of the finest moments in the sport’s history. Here are six of the best from Murray and his peers.

Who better to start with than the greatest commentator of them all? While his Murrayisms made us laugh, he also had a natural gift of describing a moment beautifully, the mark of a great professional.

As Damon Hill started his final victory lap towards his first World Championship at the Japanese GP, he was following in the footsteps of his late father, Graham, himself a two-time World Champion. Damon had tragically lost his father in a plane accident 20 years earlier, so the occasion was filled with raw emotion.

Murray, being a friend of the Hill family, summed up the feelings of millions of viewers when he described having a ‘lump in his throat’ as Hill approached the finishing line.

‘We’ve got a lunatic on the track!’ – James Allen

The 2003 British GP was hotting up with a clinical Rubens Barrichello overtake on Kimi Räikkönen but what happened next overshadowed that.

Out of nowhere, a figure appeared on the circuit, dressed in a curious outfit and holding several objects in his hands. As the cars swerved past him at 160 miles per hour, James Allen, the commentator could barely believe it – ‘we’ve got a lunatic on the track!’ he cried.

The ‘lunatic’ turned out to be an actual Irish priest, Neil Horan, known as the ‘Grand Prix Priest’ – he’d jumped onto the circuit after spotting a gap in the fence, and thankfully didn’t injure himself or anyone else.

The priest was sent to prison for two months for this escapade, but it wasn’t the last time he would invade a sporting event. In 2004, he interfered in a long-distance running race in the Olympics, pushing Brazilian Vanderlei Da Lima off the road and causing him to finish third instead of winning it.

Not very priest-like at all.

There’s no substitution for sheer determination and willpower, and Daniel Ricciardo had this in abundance at the 2018 Monaco GP. Spurred on by missing out on the title two years earlier, the Australian clung on to his lead despite losing 25% of his car’s horsepower.

The crowd, who were probably already having a great weekend trying out their roulette strategies in Monaco’s world-class casinos, saw Ricciardo put the cherry on the cake with an incredible performance and a dramatic victory.

David Croft was quick to acclaim the achievement, capturing the emotion of the moment by crying ‘it’s redemption day for Daniel Ricciardo! – a line that will evoke memories of that day for anyone who witnessed this incredible finale.

‘And look at that, colossally, it’s Mansell!’ – Murray Walker

It wasn’t just the joyous occasions that Walker was famous for. As British driver Nigel Mansell started the 63rd lap of the 1986 Australian GP, he looked to have the title in the bag – only for disaster to strike.

His Williams car swerved slightly before one of its wheels exploded, putting Mansell off the track and destroying his chances of victory in the process. Walker couldn’t do anything other than shout ‘and look at that, colossally, it’s Mansell!’.

Quite why he chose the word ‘colossally’ is unclear, but it suited the situation perfectly. It was a colossal disaster for Mansell and will go down as one of the most memorable events in F1 history.

2019 was an incredible year for Charles Leclerc. Not only did he notch his first career win at the Belgian GP, a display that showed off true psychological strength, but he also followed it up with a victory at the Italian GP in Monza just a week later.

It marked the end of a long spell without winning on his Ferrari team’s home patch of Monza, and was made even more special by a difficult race in which he had to hold off constant rival attacks along the way.

David Croft was already famous for his iconic commentary, but this moment marked a high point for him, too, emphatically declaring Leclerc’s win by saying ‘he won in Spa, he wins in Monza!’. Simple and to-the-point, but also the best way of describing the driver’s double victory.

It would be wrong to just focus on English-speaking commentators, of course. Julien Fébreau is famous for his enigmatic delivery, describing exciting F1 moments in vivid colour.

So, when fellow Frenchman Pierre Gasly sped along the final lap to take his first-ever championship at Monza, the commentator was perfectly placed to scream encouragement down the mike. ‘Accelere, accelere!’ he shouted, as the young driver raced to victory.

The commentary captured the exhilaration of the occasion with some YouTuber’s saying they were driven to tears, despite not understanding a word!

Conclusive proof that the language of commentating is universal.