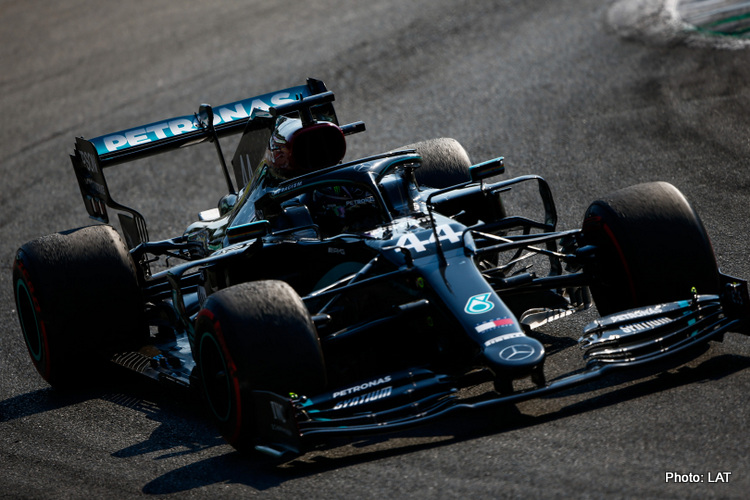 The FIA’s ban on engine mode changes was a key factor in Mercedes’ inability to improve its position at the Italian Grand Prix, says team boss Toto Wolff.

The first weekend in which Formula 1 cars have had to set a single engine mode for the entire race, the Black Arrows pairing of Lewis Hamilton and Valtteri Bottas locked out the front row of qualifying but had to settle for seventh and fifth after mishaps relegated them behind slower cars, without the option to turn the wick up in order to get back past.

While the Mercedes W11 is unanimously considered the best car in the sport this season, it suffers from the same difficulties in dirty air as any other, with Wolff suggesting his team could not have expected a better result under such circumstances.

“We always said that, you create one power mode for the whole race means that you haven’t got the extra spice to overtake,” he said afterwards, as reported by Autosport.

“You haven’t got the extra modes that you may decide or not to deploy in the race to overtake, and that is valid for all the small teams as for the big teams.

“I think that the race is a consequence of that decision.”

The worst race of championship-leader Hamilton’s season, any chance of him winning the race was squandered when he had to serve a 10-second stop-and-go penalty for pitting when the pit-lane was closed, with Wolff commending his driver for making the best of a bad situation.

“It is difficult to overtake in Monza, because with this TD [technical directive] on engine modes, you can’t just turn it up for the overtakes and you can’t turn it up either to defend,” he explained.

“Even more the drive is very good to recover to P7. But obviously it’s a lost race for him and the team, and this sentiment prevails.”

Both drivers would go on to echo Wolff’s comments, with Hamilton branding the new rule “worse for racing” and Bottas admitting it “felt pretty impossible to overtake”.