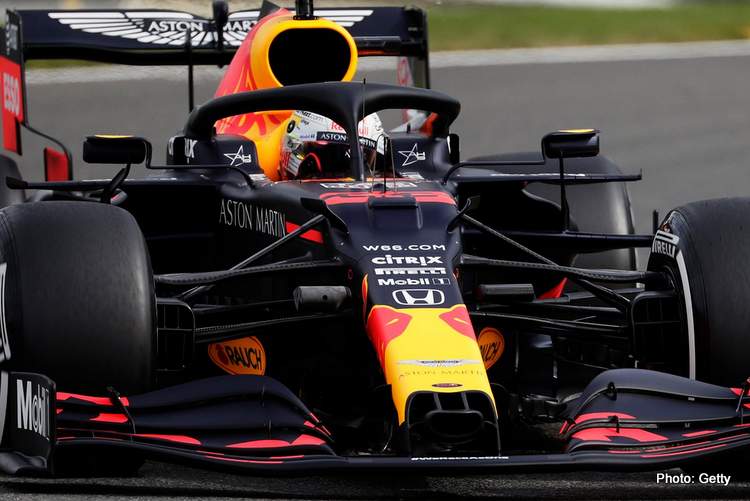 Max Verstappen tore up the script by doing away with the monotony of Mercedes dominance, claiming the fastest lap time at the end of the first day of the Belgian Grand Prix weekend.

After keeping the Formula 1 World Champions honest in FP1, he went one better in the afternoon with a best effort of 1:43.744 did the business on an afternoon in which Mercedes may have kept their powder dry.

Having said that the margins are very small, so much so that Renault’s Daniel Ricciardo, a surprise visit at the sharp-end, was a mere 0.048 of a second shy of the top time, and a similar margin between the Aussie and Lewis Hamilton, third in his Mercedes.

Ricciardo’s run was not without incident, with 12 laps on his chart (half of what his rivals managed at the end of the session) he was told to park the car as a precaution after a loss of hydraulic pressure.

Nevertheless, as in FP1, less than a tenth separated the top three but now it was drivers from three different teams.

Alex Albon in the other Red Bull enjoyed what might have been his best Friday this season, finishing fourth fastest albeit four-tenths down on teammate Max at the top.

Racing Point are expected to be a force around the high-speed Ardennes venue, with Sergio Perez ending the day fifth fastest and also within four-tenths of the benchmark time, while Lance Stroll was half a second off his teammate, winding the 90-minute session in 11th.

After topping the timing screens earlier in the day, Valtteri Bottas was only good for sixth in the later session, the Mercedes driver four tenths down on the top time.

It was a miserable day for Tifosi, the afternoon better than the morning when only three of the six Ferrari powered cars made it onto the track, the other trio needing PU changes.

But the lack of pace was a shocker. Fastest of the planning Horse herd were the Alfa Romeos, with Antonio Giovinazzi 13th and Kimi Raikkonen 14th, half a second faster than Charles Leclerc in 15th but massive 1.6 seconds down on Verstappen’s best.

Adding insult to injury, Sebastian Vettel was 17th in the other Ferrari, nearly two seconds off the pace and slower than the Williams of George Russell.

And finally, the Ferrari-powered Haas drivers Romain Grosjean and Kevin Magnussen were anchored to the bottom of the timing screens, slowest of all on the day. 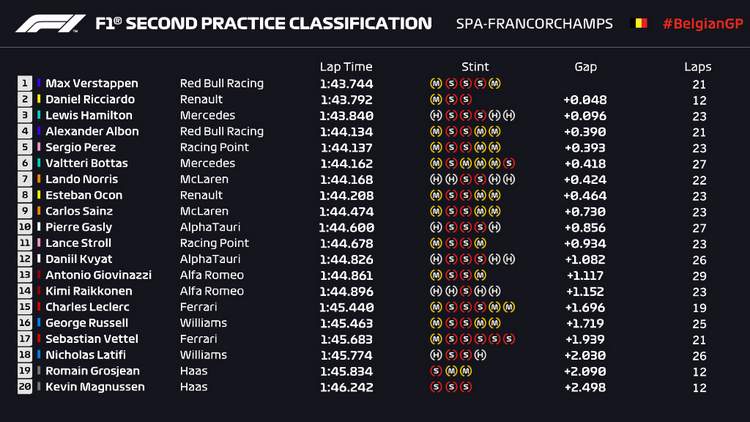