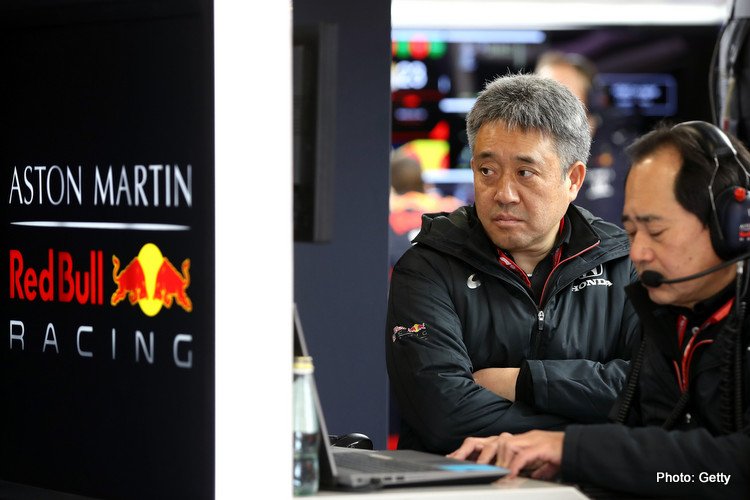 Honda bosses are set to meet with their Red Bull counterparts prior to the British Grand Prix in an effort to improve on the team’s slow start to the 2020 Formula 1 season.

Having voiced the expectation that they would at least challenge for the driver’s championship with Max Verstappen in 2020, Red Bull’s season so far has been a significant disappointment, as they remain well behind leaders Mercedes in terms of pure pace.

Last week Red Bull team principal Christian Horner admitted that the RB16 was underperforming, and while he attributed this to it ‘misbehaving aerodynamically’, Honda engineers are concerned that the balance and/or performance of their engine could also be having an adverse effect.

As a result, the two sides have set up a meeting at Red Bull’s Milton Keynes base prior to Friday practice at Silverstone.

“It’s important now that both Red Bull and us have some suspicions and discuss the solution together,” Honda F1’s Managing Director Masashi Yamamoto explained to autosport-web.jp.

“Without that, we would end the season without being able to catch up with Mercedes. In order to make the car evolve even a day, we decided to discuss it carefully before the British GP.”

A measure that takes on extra significance given the current social-distancing protocols due to the coronavirus, Yamamoto will be joined by Honda’s Sakura factory boss Yasuaki Asaki and technical director Toyoharu Tanabe for the in-person meeting.