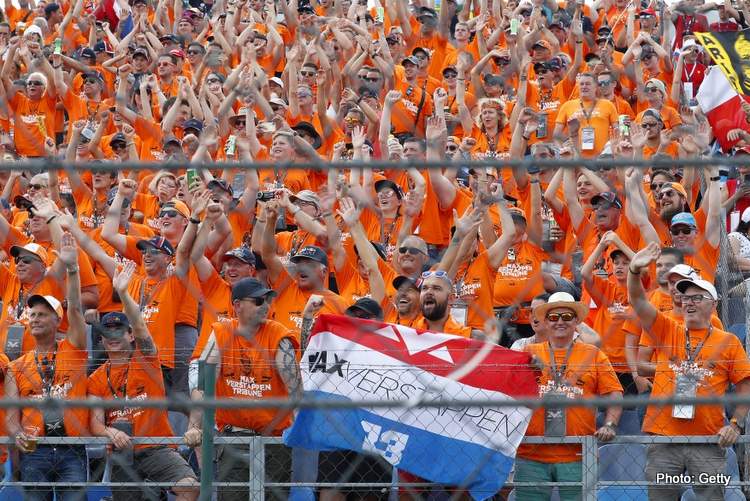 Christian Horner believes the passion shown by Red Bull’s star driver Max Verstappen is what endears him to so many Formula 1 fans of all ages and of every demographic.

The Orange Army phenomenon is proof of the Dutchman’s constantly growing popularity, granted many are partisan fellow countrymen but, the truth is, even his detractors have to admit that the 21-year-old is now the real deal and set to star at the pinnacle of the sport for many years to come.

Needless to say Verstappen’s boss Christian Horner is impressed with the manner in which his charge has taken command in the team this year. The Englishman going as far as saying that, right now, Verstappen is better than Mercedes ace Lewis Hamilton.

Following a run of three wins and a second place in the last four races before the summer break, the Red Bull boss said of their star driver, “If you look at his performances this year, he is giving everything, every single lap. In his fifth year of F1 he has become complete. In the last 12 months, he has got maturity as well.

“The way he handles pressure has been extremely impressive. He’s passionate. That’s part of the reason people warm to him. He’s not afraid to say it as it is.

“Is that a bad thing? I’d rather have a driver like that, that has that passion, has fire in his belly – you can channel that,” reckoned Horner.

Speaking to Motorsport Magazine, Verstappen believes he will continue to get better the longer he remains in the top flight, “Hopefully it’s just natural. I think you can always improve as a driver.

“But mainly nowadays in F1 when you’re in there for five years, it has to do with experience, what you experience through the whole year rather than purely driving. It’s more about just putting the pieces together by experience,” he added.

Big Question: Will Max only get better?