Grosjean once had fun on a Whyte Bike with stag logo! 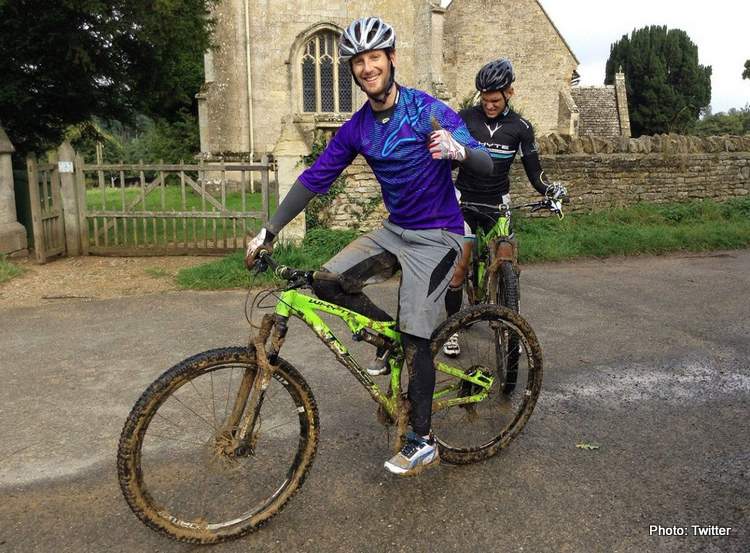 Last week, the Whyte Bikes versus Rich Energy court case was decided in favour of the bicycle manufacturer, triggering a hilarious scenario which would not be out of place in a Monty Python skit.

A  judge this week deemed that the Haas F1 Team sponsor had indeed copied the stag logo from Whyte Bikes but the energy drinks company is not giving up and are appealing the verdict at a court appearance in June.

Meanwhile, in the aftermath of the judgement, Rich Energy chief William Storey, through his spin-doctor-in-chief Peter Windsor, released a video where the ZZ Top lookalike gives his side of the story and in the process belittles Whyte Bikes as a little known start-up trying to extort money from his energy drinks ’empire’ of 90-million unfilled cans.

The PR video to explain Storey’s was released on Windsor’s YouTube channel (some content sponsored by Rich Energy) has backfired and subsequently met with derision and ridicule on social media as Storey is unconvincing in trying to cultivate credibility and support for his claims that the stag logo was not copied.

At the same time, Storey belittled Whyte Bikes with statements such as: “We did everything in good faith and that’s why we went through all the correct legal routes and for this company, yesterday, to emerge out of
the woodwork two years two and a half years later we felt was just an extortion attempt.”

But Storey is not giving up as Rich Energy intend appealing the verdict and wrote as much on Twitter: “We are looking forward to meeting @WhyteBikes again in court on the 27th June.”

In response, Whyte Bikes have retaliated with a wicked post showing a smiling Romain Grosjean, giving it the thumbs up, after an off-road ride on a Whyte Bike during a promo event in 2014 when the Frenchman raced for Lotus.

Now, of course, Grosjean races for Haas who in turn are sponsored by the black and gold of Rich Energy, whose boss copied the logo but, along with his childhood pal witness, denies doing so and accuses the bicycle manufacturer of criminal activity which extortion is.

All this despite Judge Melissa Clarke’s damning judgement on Tuesday in which she told the court, “I do not accept either Mr Storey or Mr Kelly as credible or reliable witnesses and I treat all of their evidence with a high degree of caution.”

You can’t script this stuff! Watch this space!

Let’s have some fun with Mr Storey… 😉 #WhosEverHeardOfWhyte

How about the Rich Energy Haas F1 team driver Romain Grosjean…? Pictured on 26th August 2014 on a LotusF1 Team demo-day.

Retweet if you’ve ever heard of us… 🤦‍♂️