Verstappen: Simple and easy to blame the younger driver 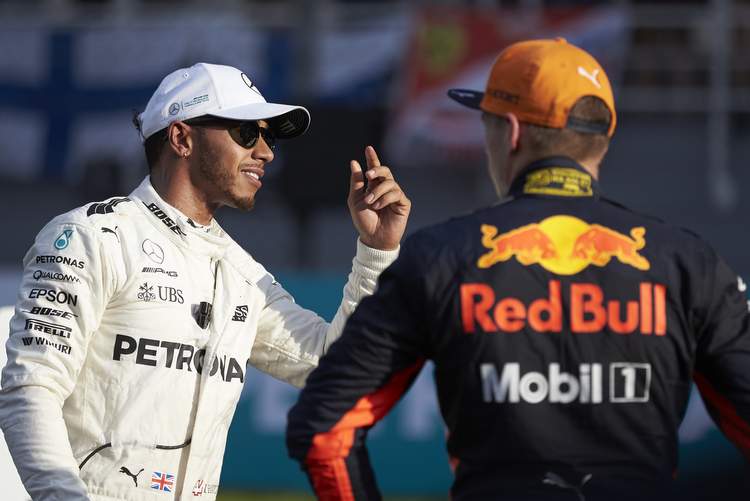 One of the biggest talking points in the aftermath of a riveting Bahrain Grand Prix was the collision between Lewis Hamilton and Max Verstappen in the opening stages of the race.

Hamilton’s Mercedes and Verstappen’s Red Bull clattered together as they battled for the same piece of tarmac exiting Turn 1, the blue car dented a wheel and suffered a puncture while the silver car went on to finish third.

Immediately after the race, Hamilton labelled it a “d!ckhead” move and questioned if the Dutchman was mature enough to lead Red Bull and accused the driver 13 years his junior of showing a lack of respect.

Initially, Verstappen refused to be drawn into a slanging match with the world champion but ahead of the Chinese Grand Prix weekend, he told reporters, “It’s simple and easy to blame the younger driver. That’s the only way I can see it. There is no reason for me to change anything.”

“I might have a talk with [Lewis], it depends if it’s really necessary. Why should I change something? I don’t think I did anything wrong in terms of my approach. I was just trying to overtake a car and I think it was a fair chance. I went for it.”

“That’s racing – sometimes it works, sometimes it doesn’t. You can say whatever you like about the incident. I had fair shot at it, it was nothing crazy, nothing risky but unfortunately this time it didn’t work out.”

“Looking back, in Mexico last year it did work out, this time maybe we didn’t give each other enough space. That’s racing,” added Verstappen.

The FIA race stewards on the day at Sakhir deemed it a racing incident, but in the after the race, Verstappen did say, “I had a good run out of the last corner so I went for the inside. I think if it was the other way around he would have said something. From my side, I gave him enough room.”

Hamilton was not amused, “There needs to be a certain respect between drivers,” claimed Hamilton. “And ultimately… maybe I need to go and watch the manoeuvre again, but it didn’t feel like a respectful manoeuvre, a silly manoeuvre for himself, because he didn’t finish the race.”

“And obviously he’s tending to make quite a few mistakes recently, so it was just unnecessary for him to do that,” added the Mercedes driver.

Since this was published they appear to have made up…