Verstappen: It was a good opportunity to overtake 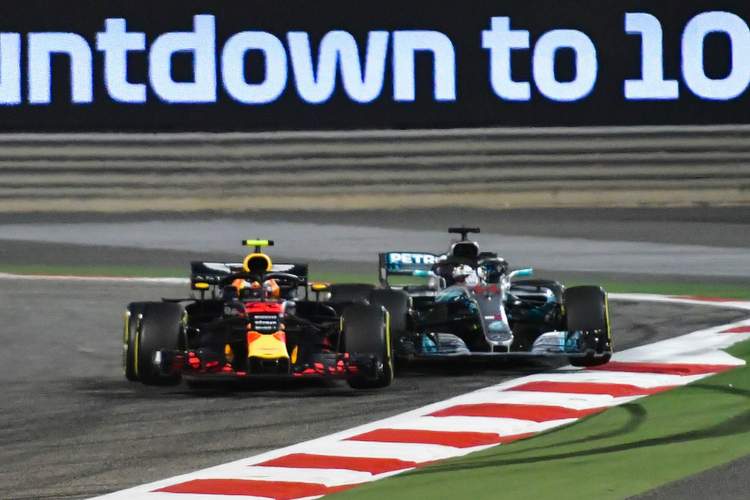 Max Verstappen has played down Lewis Hamilton’s “d!ckhead” remark after the Bahrain Grand Prix in which the Mercedes driver survived a collision with his Red Bull rival early on during the race.

The pair collided when battling for position on the second lap when Verstappen’s Red Bull drifted wide exiting Turn 1 and was clipped by the Mercedes as the pair headed for the same piece of tarmac.

Verstappen suffered a damaged rim and puncture, he retired on the spot while Hamilton’s Silver Arrows escaped unscathed and went on to finish third, but the reigning F1 World Champion was not impressed with the young Dutchman who he felt was disrespectful and careless to make that kind of move.

In the pre-podium room, fresh from his cool down lap Hamilton watched the replay of the incident and quipped, “What a d!ckhead.”

A day later Hamilton was not finished as he again had a go at the Red Bull driver, urging him to calm down and learn lessons from his mishaps.

“I was really close behind and there was a chance to overtake, so I thought it was a good opportunity. Our car was great. Then I’m not going to stay behind him. I knew we had a very good car for the race, so I knew we would be able to fight them.”

It was a nightmare evening for Red Bull whose Daniel Ricciardo also parked up on lap two, his car halted by an electrical failure. It was an early shower for both Red Bull boys.

Asked if Ricciardo’s reliability problem concerned him, Verstappen replied, “I think I had the same problem during testing. After that, it didn’t return, but unfortunately this time in the race it did.”

“I think overall it’s reasonably OK. The situation is better than last year, that’s for sure. But yeah, it’s not ideal,” added the 20-year-old.

Race stewards had a look at the collision and later declared it to be a racing incident.

A day earlier in qualifying Verstappen blotted his copy-book when he crashed out in Q1, losing control of his Red Bull and ending nose first into the wall. He blamed the mishap on a sudden power surge, hence he started the race from 15th.