Ricciardo: I can be F1 World Champion with right tools 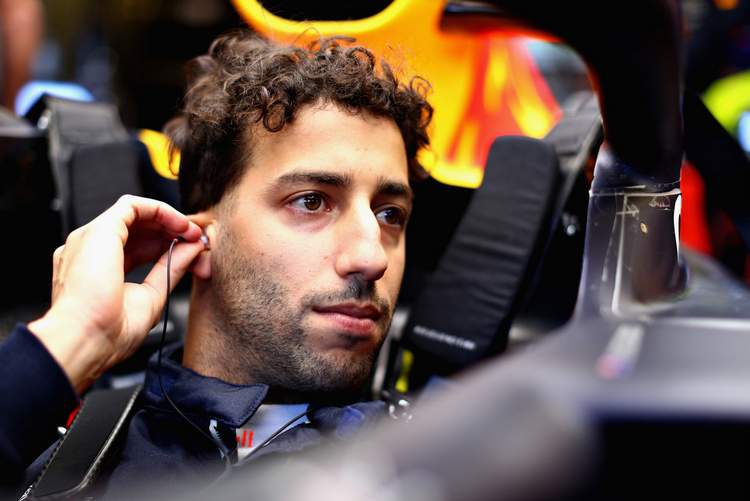 Daniel Ricciardo has established himself among the top four or five drivers on the current Formula 1 grid and while his future is somewhat uncertain he is adamant that with the right kit he can be World Champion.

The big smiling Aussie is waiting on how good Red Bull will be this year and more importantly beyond 2018, while it appears that the doors could also swing open at both Mercedes and Ferrari – the only worthwhile alternatives to his current ride.

In an interview with Sky Sport’s Natalie Pinkham, he was asked if he had what it takes to be champion, he replied, “I do. I don’t like the word expectations but I expect it from myself – what I believe I can do and from what I’ve learnt over the years, I expect I can deliver that.”

In 130 race starts, Ricciardo has five grand prix wins and 27 podium finishes on his CV, “In this sport, you need the tools as well. I hope to get to those tools. I don’t want to say I expect to receive those tools but if I get those tools I would expect it from myself to get the job done.”

“As far as we know we get the most updated engines. I think Mercedes have a different deal with their customers. I’ve been assured and told there is no clause in the Red Bull-Renault contract.

“I kind of feel Renault would take a world title any way they could – especially after Mercedes’ recent dominance over the last four years. For them, it would be better winning than not winning with us.”

In 2014, Ricciardo’s first year with Red Bull and teammate to Sebastian Vettel, it was the Aussie who enjoyed the upper hand in the team. Beating the four times F1 world champion that year.

Fast forward and now it is a case of role reversal as Ricciardo has young and highly rated Max Verstappen to measure up against, and it has not been an easy contest.

Ricciardo acknowledged, “He did very, very well in qualifying, but I believe I didn’t perform to my potential often enough. There were places like Abu Dhabi where l crossed the line after the lap with the feeling it couldn’t be beaten.”

“I think when I still get those feelings I don’t think I can be beaten. But then again, it’s not good enough just doing it a few times a year. I wasn’t happy with my year on Saturdays.”

Going forward, qualy is the area he aims to improve and explained, “I got stuck in old ways, or things which I was comfortable with, which didn’t quite work with the [2017] car.”

“I have been very sensitive with the set-up of the car. It’s been a strength of mine because I could feel little things and I’d be like ‘we need to address that’. But sometimes it was a detriment because I’d be hyper-sensitive and trying to fix it as opposed to: just get on and drive, it is what it is.”

“Sometimes I think I over-analysed it. But I learnt a lot and hopefully this year I will show that,” added Ricciardo ahead of the Bahrain Grand Prix where the Australian has yet to finish on the podium.