Tost: Gasly and Hartley have a lot of potential 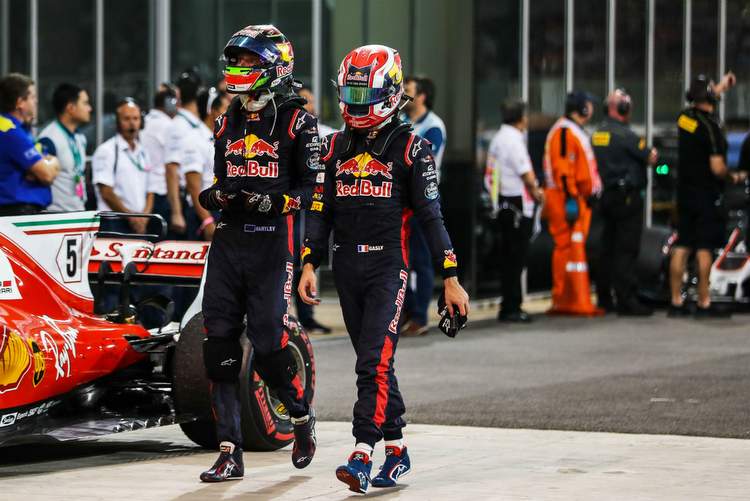 Pierre Gasly and Brendon Hartley were handed their respective Formula 1 debuts late on in the 2017 season and this year they have been retained by Toro Rosso whose team boss has faith in the pair delivering in 2018 despite a problem packed start to their careers at the pinnacle of the sport.

Gasly was expected to be drafted into Toro Rosso at the start of last season, but Daniil Kvyat got the nod from Red Bull until patience ran out with the underperforming Russian and he made way for Gasly after the Singapore Grand Prix.

Replacing Renault bound Carlos Sainz, Hartley a Red Bull F1 reject made a surprise return to contention with the organisation that had marginalised him seven years ago. Since then the New Zealander, stayed in touch with the energy drinks outfit while carving a highly successful career in WEC where he is a two-time world champion.

But the rookie pair endured a tough baptism to Formula 1 with engine issues impacting their performances, Hartley not once starting from where he qualified in the four races he did at the end of the season. Toro Rosso struggled with pace and reliability in the final months of their partnership with engine supplier Renault. Next year they will be powered by Honda.

Despite the late season problems team chief Franz Tost is convinced that his drivers will impress in their first full season, “It was a difficult period of time for them to come into Formula 1 because our car was not as competitive as it was at the beginning of the season.”

“We brought new parts and upgrades to the tracks but it looks like our direct competitors did a better job. On top of that, we were suffering with reliability issues, which meant they always had to start from the back of the grid, which doesn’t make it easier.”

“To come into Formula 1 during a season is always a difficult task because all the other drivers did thousands of kilometers in their cars – they are used to the cars, they know the team and they know everything. To then come in as a newcomer makes life quite complicated.”

But Tost knows what he saw and is confident that the pair will deliver, “I must say that both drivers are really fast. If you look at the history of the two drivers, Pierre won the F2 championship and then last year lost the Super Formula championship in Japan by just half a point. You can see he has the speed so, therefore, I am very confident having him in the team.”

“Brendon was very successful with Porsche in winning the championship twice and also winning the 24 Hours of Le Mans. You mustn’t forget he had a race every weekend at the end of last season. One weekend was Formula 1 and the next was LMP1. These are completely different cars in terms of the handling but also the tires, and it’s not so easy for a driver to jump from one car into another car.”

“Brendon is doing a really good job. He was improving his performance from run to run and it was really very important for both drivers to do the races at the end of the season just so they are aware of what they can expect this coming season. Then they are also aware of where to work themselves.”

“Generally speaking, I must say I am more than happy with both of the drivers because I think they have a lot of potential and if we, as a team, provide them with a good, competitive car, then they will be there. I am convinced about this,” added Tost.

Big Question: Are Brendon and Pierre a good choice for Toro Rosso in 2018?