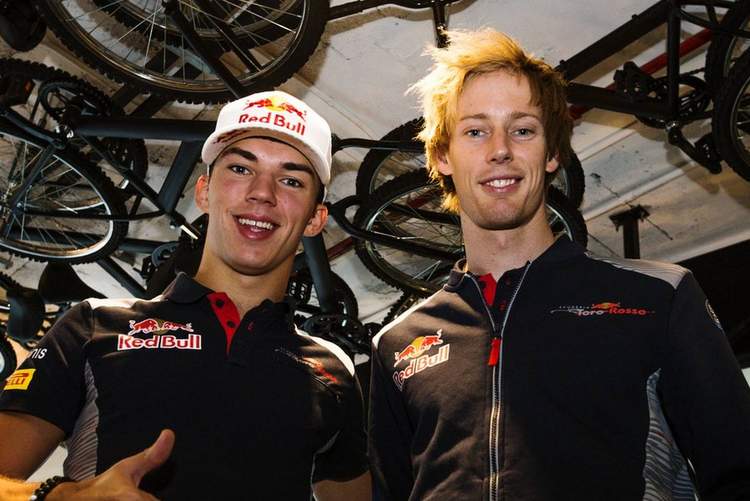 Brendon Hartley and Pierre Gasly will race for Toro Rosso next season, the Red Bull-owned Formula 1 team announced on Thursday.

Hartley, a Le Mans 24 Hours sportscar winner with Porsche and double world endurance champion, was drafted in to the team last month and will be starting his first full F1 season in 2018. So too will Gasly, who made his debut in Malaysia at the beginning of October.

Carlos Sainz had left for Renault and Gasly, the Spaniard’s replacement, had other commitments in Japan where he was competing for the Super Formula title.

That left Toro Rosso needing to find another driver, having already recalled Russian Daniil Kvyat. Hartley impressed and was confirmed alongside Gasly to the end of the season, with Kvyat leaving.

Toro Rosso are switching from Renault to Honda engines next season and are fighting the French manufacturer and U.S.-owned Haas team for sixth place in the constructors’ championship.

Renault are just four points behind Toro Rosso and two clear of Haas with the difference between sixth and eighth places measured in millions of dollars when it comes to revenue payments.

Neither Hartley nor Gasly has scored a point so far, with the former set to start his fourth race of the season in Abu Dhabi next week and the Frenchman his fifth.

The team’s driver confirmation leaves only Williams and Sauber with uncertain lineups.

Williams need to replace retiring Brazilian Felipe Massa while Sauber are expected to bring in at least one Ferrari-backed driver with Monaco’s Formula Two champion Charles Leclerc seemingly sure of a seat.

Scuderia Toro Rosso is very pleased to announce that its driver line-up for the 2018 Formula 1 season will be the one formed by Pierre Gasly and Brendon Hartley. After making their Formula 1 debuts this year in Malaysia and Texas respectively, both drivers will continue together, as teammates, in the new year.

Next week’s Grand Prix in Abu Dhabi will be Pierre’s fifth Formula 1 weekend and Brendon’s fourth, gaining vital experience in order to start the 2018 season with already a good understanding of the sport and, at the same time, getting to know the team better.

“We’re really happy to have Pierre and Brendon confirmed so early by Red Bull as our drivers for 2018”, commented our Team Principal, Franz Tost. “During this last part of the year they’ve shown that they’re ready for Formula 1, getting to grips with the car quickly, showing good performances and always demonstrating to be prepared for the challenge. We have been truly impressed by their steep learning curves.”

“As we know, F1 is something that not all drivers can adapt to this fast! Therefore, we’re looking forward to having a full year with them; one where we can hopefully provide them with a good package which, combined with driver consistency, can surely put them in the best possible situation to deliver. I’m sure they will keep pushing hard and fight for strong results, together with the team.”

Pierre Gasly: “I’m super happy to race for Scuderia Toro Rosso in 2018, for my first proper season in Formula 1. I would like to thank all the people involved, who helped me get here: Red Bull, Toro Rosso, my family and all the ones who have supported me in the lower series. I’m really excited and super motivated to give it my all in Abu Dhabi and the whole of next year! I just can’t wait!”

Brendon Hartley: “Really amazing to be confirmed as a Formula 1 driver for next year with Toro Rosso – It’s very satisfying to have converted an opportunity that came as a surprise into a 2018 F1 drive, I couldn’t be happier! I’d like to thank Red Bull and Toro Rosso for believing in me and giving me this second chance – dreams can come true. I’m now going to carry on working harder than ever in order to finish this busy end of season on a high and start the new year as strong as possible… Bring it!”