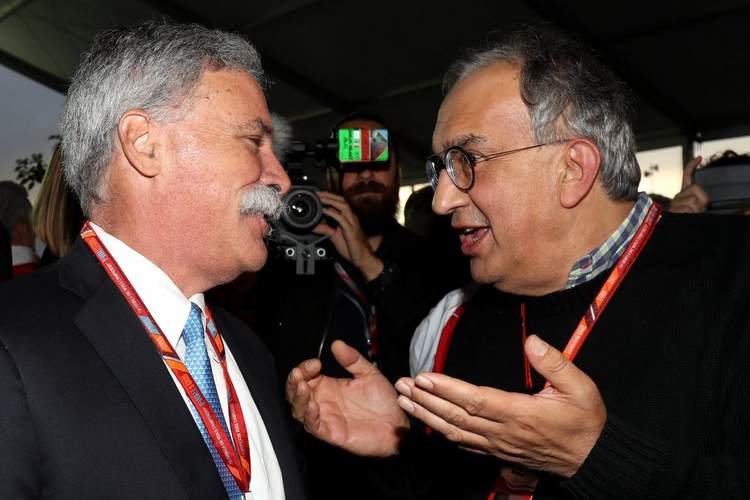 Amid increasingly high profile salvos between Ferrari and Liberty Media, Mercedes boss Toto Wolff has warned that the Italian marque’s president Sergio Marchionne’s concerns with regards to the planned direction of Formula 1 must be respected.

The big issue splitting the sport into two camps is that of standardisation of technical elements which Marchionne fears will alter the ethos of Formula 1 in a manner which is not acceptable to his organisation.

Indeed the Ferrari boss is keen to see regulations loosened up while favouring an evolution of the current power units as opposed to an all-new engine formula.

On the sidelines of this saga, Wolff has confirmed his team is in the Ferrari camp when it comes to the direction of the new engine rules.

In an interview with Weld am Sonntag he warned, “Marchionne must be taken seriously. I’m calm because Ferrari is Formula 1 and Formula 1 is Ferrari.”

“But if I were Liberty Media I would not continue to provoke Marchionne with suggestions, unacceptable requests or nonsensical changes, or introduce rules or elements in the game to turn Formula 1 into a low-cost commercial channel.”

“Formula 1 must maintain its basic spirit, for what it was and for what it is. We must improve and face the new media environment. We must avoid unacceptable requests or nonsensical changes.”

“The current engine is the best solution, we do not want an archaic engine. It needs an evolution, not a naive revolution. At the moment we have the most powerful and efficient racing engine ever.”

“With the new engine regulations we have the possibility to optimise it, but to develop a new engine that does not respect the high tech aspects of electrification, efficiency and power, or an archaic engine – this is not what we want,” insisted the Mercedes chief.