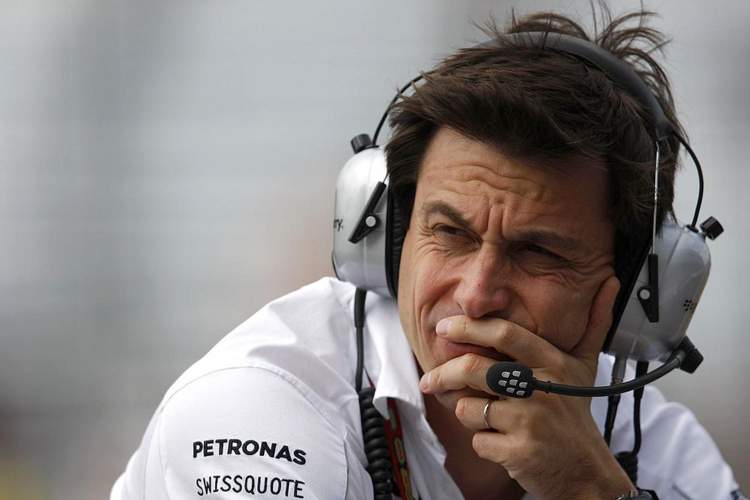 Mercedes team chief Toto Wolff has revealed that he backs the sentiment of Ferrari president with regards to the future path of Formula 1 and that he would consider withdrawing his team should the basic ethos of the sport change while pointing to prize money distribution as an obstacle in negotiations.

Ferrari president Sergio Marchionne has threatened to withdraw from Formula 1 and look at alternative options for the Italian team should the sport move away from the basic ethos of being the pinnacle of technology and racing.

Asked in an interview with ESPN if sentiments are similar for Mercedes, Wolff replied, “Sergio is pretty outspoken and straight and he comes to the point. He says that he wouldn’t accept certain things and it’s his way of dealing with things and in principle, I share his opinion.”

“I have said it in Abu Dhabi that we love Formula 1, we are in here to stay but it needs to have the right framework – governance framework, regulatory framework, it needs to be managed in the right way and we will voice our opinion if we think things are not going in the right direction.”

Wolff also spoke about the issue of F1’s prize money distribution beyond 2020, “That’s the elephant in the room. That’s the most important topic after 2020. It is clear that we need to find a structure that works for everybody. Some of the smaller teams struggle on the income side.”

“We are not against a cost cap as long as it can be policed in the right way and it has a sensible system [of introduction]. We are not going to cut our workforce by 30 percent from one year to another and we are not going to give up a performance advantage that we have lightly, so there needs to be something on the other side.”

“These discussions have just started in a friendly way, and again here we acknowledge that we might have different opinions. But at the end, for the sake of Formula 1, we will find the right solutions.”

Mercedes have established themselves as a dominant force in F1 since the inception of the hybrid turbo engine rules. They have won eight titles in the four years since the power unit era began, clearly out gunning their rivals in the technology war on this front.

Many thus believe that Mercedes are opposed to rules that will erode their position of power and render their massive investment in the technology redundant, but Wolff insists that his team will not stand against sensible rules.

Commenting on the possibility of a new F1 engine formula, Wolff said, “We are all up for it. We like the challenge, we understand the shortcomings of some of the current regulations – it needs a fight at the front and we embrace the fight.”

“I think it’s important to acknowledge that the other side might have a different opinion on things. I don’t think there are massive barriers between us on the engine. They recognise it needs to be high-tech and we don’t want to develop a completely new engine, so there is pretty much an alignment there.”

As for his own vision for F1, the Austrian explained, “We need cars that are fast and spectacular, but you need to be able to overtake. We need to have a percent of the attention, we need tracks that you can overtake and where mistakes are being penalised, so this is our job and we actually want it to prosper.”

“We can cope with any regulation change. There is no team in the world that has won with every single championship and this is something that we are pretty realistic about.”

Wolff and his team are keen to retain the MGU-H, the turbo energy recovery system that is a part of the current power units. But it is arguably the most expensive element of the package and the one that has some engine manufacturers stumped.

“The devil lies in the details but the conversations are going in the right way,” added Wolff.