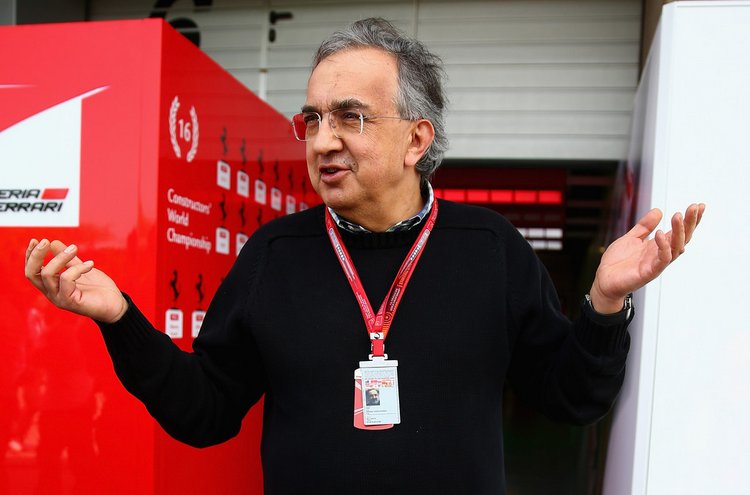 The biggest Formula 1 talking point that has emerged in this off-season is turning out to be the very real threat of Ferrari withdrawing from the sport, with the crux of the problem being the Ross Brawn proposed engine rules for 2021 which are diametrically opposed to what Sergio Marchionne envisages for the sport.

The key issue is the standardising of parts which the Ferrari president believes go against the ethos of what Formula 1 should be about. As a result animosity between Marchionne and F1 motorsport director Brawn is growing.

Speaking during Ferrari’s media lunch at Maranello, Marchionne had a go at his own team, the drivers and the senior managers. He also explained the reason for his stance in the wake of proposals for a new engine formula.

He said, “I have a good relationship with Formula 1 CEO Chase Carey. We saw each other for the last time ten days ago and we have a very open dialogue.”

“What I do not care about is when Ross Brawn comes along and announces that grid girls must go, how the engine and chassis should be… He behaves like Moses reading the Ten Commandments, but then when I call the boss of Moses [Carey] he tells me that was Brawn’s personal opinion.”

“I do not want to participate in such a discourse. I want to sit down and talk to those involved, it also does not help to involve the media.”

“In an ideal world, I would imagine Formula 1 like this: we have a set of tyres and engine specifications and everything else I would liberate.”

That’s virtually the opposite of what Brawn, on behalf of Formula One Management, is aiming for in terms of controlling technology. The former Ferrari engineer wants to standardise certain elements of the package under the pretext of reducing costs in F1.

But Marchionne wants a different scenario, “I would prefer that we throw all the rules out of the window. I would completely free up everything, then we would see what engineers are really capable of. That would be a real challenge.”

“But no, instead we have suggestions that will sooner or later make all the cars the same. In the end, they only differ in colour. If this is to be the Formula 1 of the future, then Ferrari is out within three seconds.”

“I think it’s important that the engineers are allowed to work without restraints. We have more and more restrictions over the years, even with regards to aerodynamics.”

Many point to the expense of running engines in the hybrid turbo era, but Marchionne sees it differently, “Today, an engine package costs customers around €15-million euros and I think that’s a miracle as Ferrari, Mercedes, Renault and Honda give the racing teams access to a limitless technology.”

“When I hear Ross Brawn say that the engines are too complicated, I ask – what does he want for €15 -million? No one should expect that you can buy these F1 engines for less money without having problems.”

Today’s cars with very quick engines, fatter tyres and a load of aero appendages have resulted in less overtaking, with drivers reporting that it is almost impossible to follow a car ahead.

Thus the often rolled out buzz words – to improve the show – are again doing the rounds and Marchionne agrees that something has to be done to eliminate spice up races.

“Liberty Media is right when they say we need to improve the show,” he acknowledged. “I was not particularly excited about what was offered at the last race of the season. Cars drove around the track in circles and virtually nothing happened.”

“But that’s not an engine problem. We have to find solutions in other areas too. Today’s cars are of such a high technical level that there are no more battles when a car is racing two lengths behind another. We have to generate uncertainty again and more overtaking, that’s the way of the future,” added Marchionne.

Big Question: Should Formula 1 rules be more open as suggested by Sergio?