Brawn: Ferrari need to be flawless from now on 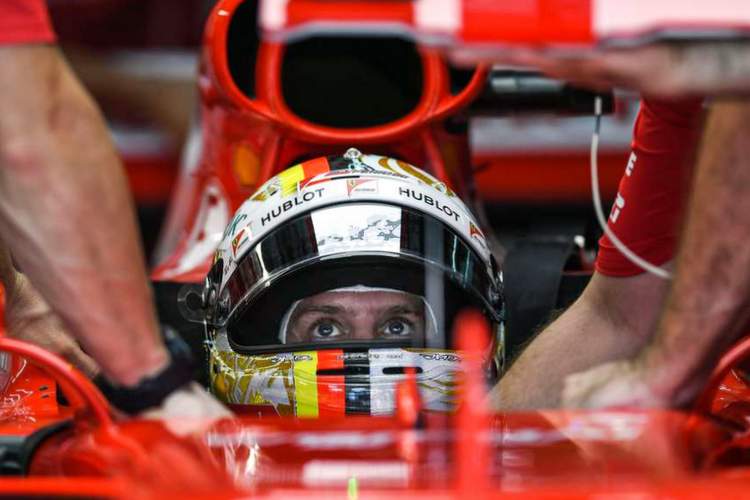 Ferrari have been their own worst enemy since Formula 1 resumed after the summer break, before that Sebastian Vettel had a reasonably comfortable lead in the drivers’ championship but since then he and his team have endured a torrid spell and are now 34 points adrift in the championship with only five rounds remaining.

After the Singapore Grand Prix start-line crash, followed by reliability issues in Malaysia – Vettel failing to do a lap in qualifying and Kimi Raikkonen failing to make the race a day later – time is running out and Formula 1 motorsport chief Ross Brawn warns that there can be no more mistakes from the Reds starting with the forthcoming Japanese Grand Prix.

In his report after the race at Sepang, Brawn said, “It’s been a tough couple of weekends for the Italian squad, with just 12 points from the last two races, despite having a very competitive package at their disposal. There are still opportunities available, but they are dwindling. They need to be flawless from now on.”

Ferrari have the fastest car at this critical stage of the championship and it can be argued that both Singapore and Malaysia were races they should have won, but ‘that crash’ and now turbo failures have compounded their problems.

For Vettel what should have been two sure victories instead ended as a DNF and fourth place, the latter a great drive from the back of the grid proving that the German is at the top of his game and confirming the pace of the SF70H.

Brawn, who was an integral part of the Italian team’s glory years over a decade ago, explained, “Every part of the package has to be perfect in order to win. You need a quick and reliable car, great drivers and a team that can adapt to every situation.”

“In Sepang, Ferrari ticked all those boxes bar one: reliability. I can understand how frustrated the team must have felt on Monday morning, because I’ve been there on occasion, dealing with bleak weekends where you knew you had the package to deliver a result, but watching it all slip away through a technical issue.”

“The first major problem arose on Saturday when a mechanical problem saw Sebastian Vettel dumped out of Q1. He started the race from last place but staged a fantastic fight back, putting in some really quick laps when he had a clear track ahead of him.”

“I reckon that if Sebastian had had a trouble-free weekend, he would have taken pole on Saturday and most likely would have won on Sunday.”

“Kimi Räikkönen also had a real chance of victory, but everything that could go wrong did go wrong for Ferrari in Malaysia, including that collision between Vettel and Lance Stroll in the Williams on the slowing down lap.”

“We’ll have to wait and see if that has a knock-on effect in Suzuka, if perhaps Ferrari needs a gearbox change on Vettel’s car as a result of the incident, which could result in a grid penalty,” added Brawn.

Since his last victory in Hungary, Vettel has only scored 45 points and no wins in the four races since then while title rival Hamilton has won three times, collecting 93 points in the process.

Big Question: Can Seb and Ferrari fight back?