Agony for Vettel during Sepang qualifying 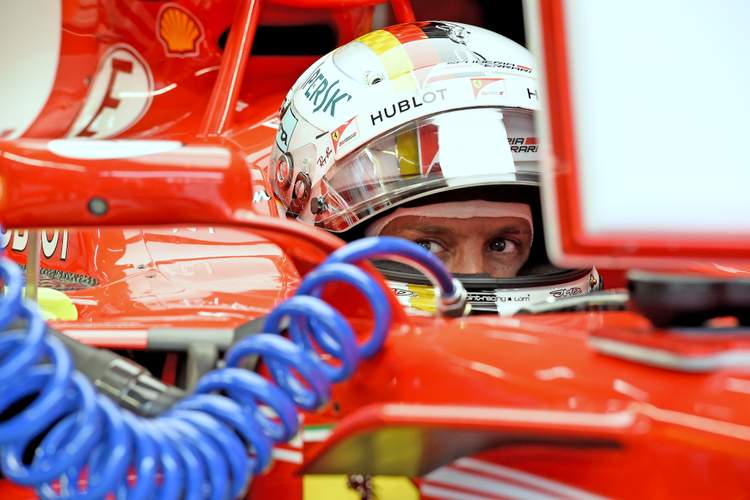 Sebastian Vettel’s hopes of winning the 2017 world championship title took a mortal blow during qualifying for the Malaysian Grand Prix, as his Ferrari suffered what appeared to be turbo problems preventing the German from completing a flying lap in Q1.

On his out lap Vettel reported over the radio, “I’m limping back. t feels like I have no turbo.”

Thereafter the Ferrari mechanics raced against the clock as they worked feverishly to get the car back out for a flying lap. But to no avail as Vettel alighted the car, consoled his crew and faced the prospect of a back of the grid start.

Problems for Vettel started at the end of the FP3 when the Ferrari driver had an issue which curtailed his running in the final minutes. Between sessions the team changed the engine on the Ferrari, but to no avail. The gremlins returned to haunt them.

Vettel, resigned to his plight, said afterwards, “Unfortunately we won’t be able to do it but I hope Kimi will. It was a bad day but the race is tomorrow. We need to see now what the problem is but we managed to do the change in time. It was a miracle and the guys were amazing. It was a shame that I couldn’t get it out.”

The one possible positive for Ferrari and Vettel will be that they could now introduce several new power unit components without having to serve out the grid penalties from the back of the field.

Vettel was on his fourth turbocharger since the Spanish Grand Prix back in May and on his third MGU-H, MGU-K and energy store.

The latest incident, in the wake of his DNF in Singapore, has done Vettel no favours in the championship race where he trails Mercedes’ Lewis Hamilton by 28 points.