Alonso: We could have the package to win a championship 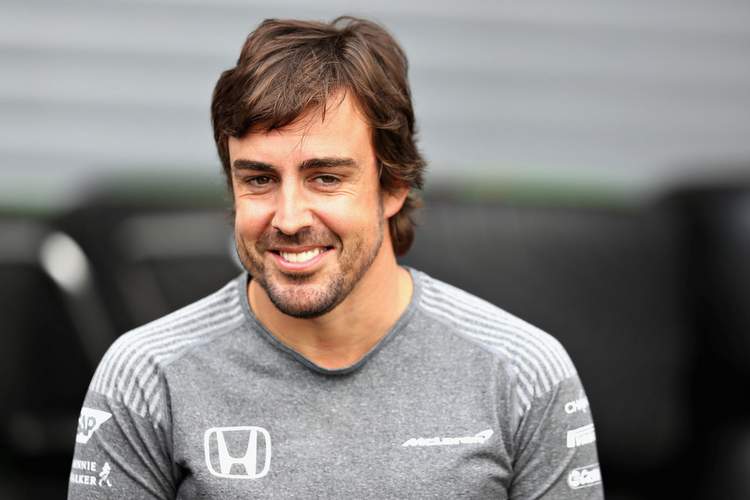 Less than a week after declaring his embarrassment with the under powered McLaren-Honda during the Belgian Grand Prix, Fernando Alonso has made a remarkable u-turn by telling reporters that he is happy where he is and confident that he may have a championship package next year.

Speaking ahead of the Italian grand Prix weekend, Alonso declared, “I am extremely happy here and l believe that here we could have the package to win a championship.”

Amid McLaren’s worst season in history, Alonso has previously made it clear that he available to a team capable of winning races. But the big four – Ferrari, Mercedes, Renault and Red Bull – are not interested.

However the Spaniard was adamant he had several offers on the table and that his stock in the sport was at the highest level since he entered Formula 1. More than once he made it known that Honda’s problems were unacceptable.

The Spaniard now claims that suggestions he would leave McLaren, unless they ditched Honda, were “absolute rubbish.”

Instead he says he is awaiting what McLaren have in mind for him beyond 2017, “We will see what the proposals are. If they are very good, maybe two years could work. Maybe one year, maybe three, maybe five – l am young enough.”

“I will start sitting down with the team, what are the prospects for the future, the expectation for next year,” Alonso told reporters. We do now have some ingredients to be champions.”

“The team has improved a lot in the last three years from the time l arrived here. We have the talent, we have the facilities, we just miss being a bit more competitive – which is the most important bit. But we will see what the numbers say for next year and after that l will make a decision.”

With Ferrari and Red Bull driver line-ups for 2018 sorted, Mercedes looking set to retain Valtteri Bottas and Lewis Hamilton looking to extend beyond his current deal which terminates at the end of 2018.

Most recently Renault have said they are not ready for the Spaniard, which he acknowledged, “Renault have already said that next year they will not be ready, so they are honest too.

Furthermore, at Monza, Alonso denied he has lost faith in Honda’s ability to become competitive, “You never know. It’s the same thing with Ferrari in 2014-2015 when they made a huge step with the engine.”

“If you get the right direction, everything improves and the results quickly show. It’s something l need to understand – what are the developments, the next steps. They have the experience of the last three years so it’s possible,” added the two times F1 World Champion.

Meanwhile Williams have denied they have even talked to Alonso with regards to a deal for next year, in the wake of numerous reports linking him to the team.

Regarding reports that he retired from the Belgian Grand Prix despite there being no problem with his car or power unit, confirmed by Honda, Alonso said, “I read that and was surprised the people forgot that I was racing for three years fighting to get out of Q1, fighting at the starts, pushing the car in Hungary up the hill in Q1 to get another run, I tried to race with a broken rib in Bahrain.”

“When I read that I thought people are not concentrating on the real things happening,” he added.