Vettel: With Leclerc, I was looking at my younger self 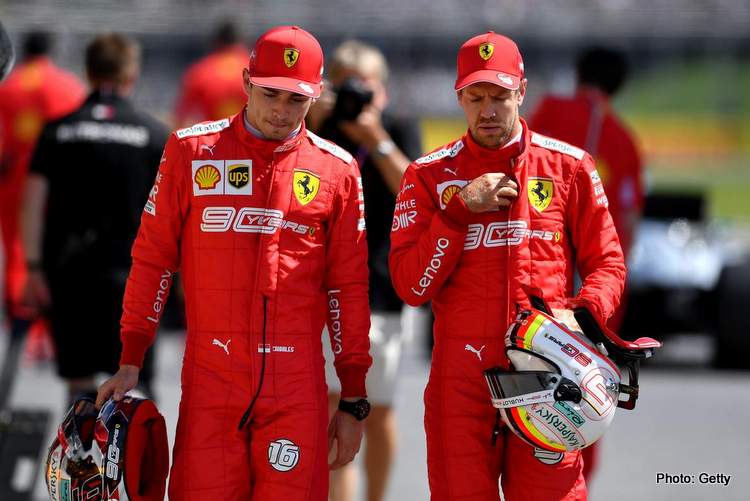 Sebastian Vettel reflected on his time as Charles Leclerc’s teammate at Ferrari, claiming he learned a lot from him, as if he was looking at his younger self.

The four-time Formula 1 World Champion was reflecting on his partnership with the Monegasque speaking to Beyond the Grid Podcast.

At the time, Vettel was on his 13th season in the sport, his fifth with Ferrari, when Leclerc joined the team in 2019 after a rookie 2018 season with Alfa Romeo Sauber.

Vettel reflected: “[Leclerc was] in a very different time in his career and his life, and it was funny, because I watched him and we got along really well, I think.

“I really enjoyed the time we spent together,” the he insisted. “He taught me some things, not necessarily about driving, but it was a little bit as if I was looking at my younger self, and it did take a little bit of time to understand that.”

Vettel came close to winning the Title with Ferrari two times in 2017 and 2018, but revealed that the idea of leaving F1 has already started to creep into his mind by the time Leclerc came to Ferrari, and explained how he reached that point.

“So then you start to think [about] what might have actually been the problem the last couple of years, and maybe there were too many thoughts. At the same time, Charles came in,” the German pointed out.

While Leclerc was off to a great start, almost winning his on his second race in Bahrain in 2019, Vettel insisted his thoughts and targets were different.

“Maybe I lost myself a little bit in that process, and maybe my races here and there weren’t the finest. But still, I will say the lessons that I had – and I would say some of the races were pretty good – were more important.

“Then coming into the year 2020, obviously, with a pandemic, and it was making room for that voice inside me to grow as well,” he explained.

“Interesting, but I would just call it life, and I think we all go through that one way or another. I’m no exception, I’m nothing special,” the winner of 53 grands prix maintained.