Abu Dhabi Takeaways: Not dramatic as 2021, but a fitting conclusion 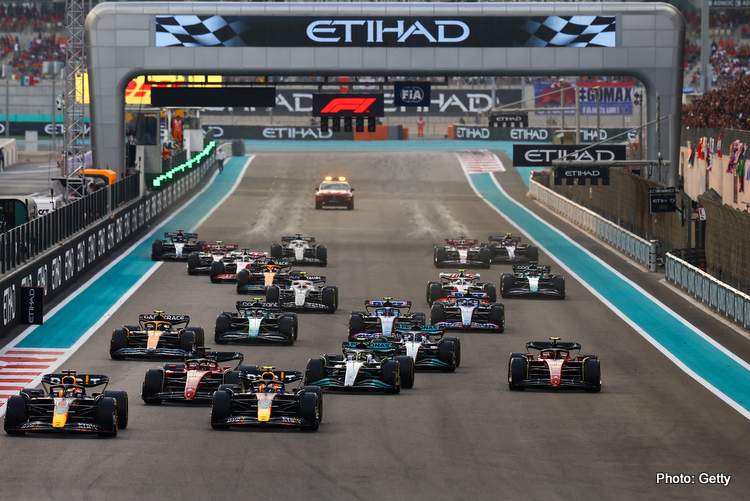 The Formula 1 season came to an end with Abu Dhabi’s season finale which, despite not stacking up against its 2021 predecessor, remained a fitting conclusion to 2022.

And maybe it’s good this season finale was less dramatic than the previous one, at least we don’t have to spend the off season dealing with controversy and toxicity, maybe in 2022 the off season will be a proper one.

The race at Yas Marina was a fitting conclusion as it showed the true picture of the season, Red Bull are dominant, Ferrari falling short yet again, and Mercedes dropping the ball bigtime.

And before some cry foul about the Mercedes statement, when such a team with the high standards they have set for themselves endure a season like 2022, it is a flop regardless of George Russell’s Brazil win. Abu Dhabi drew the true picture of Mercedes’ situation.

And even if the stakes were not high, as we only needed to know who the first of the losers would be, the runner ups in both Championships, it was interesting to see Ferrari and Red Bull battling with Charles Leclerc and Sergio Perez, with the latter coming ever so close to launch an attack.

It was also a weekend of goodbyes with Sebastian Vettel retiring, and Daniel Ricciardo pushed into retirement, that is unless he finds his way back to the grid somehow, a long shot as I write these words.

There were other drivers leaving the sport, namely Nicholas Latifi and Mick Schumacher but Ricciardo and Vettel, the German in particular, rightfully stole the limelight.

Quite some stuff to talk about in our final Takeaways for 2022, our Takeaways from the 2022 Abu Dhabi Grand Prix.

We start with our 2022 Champion 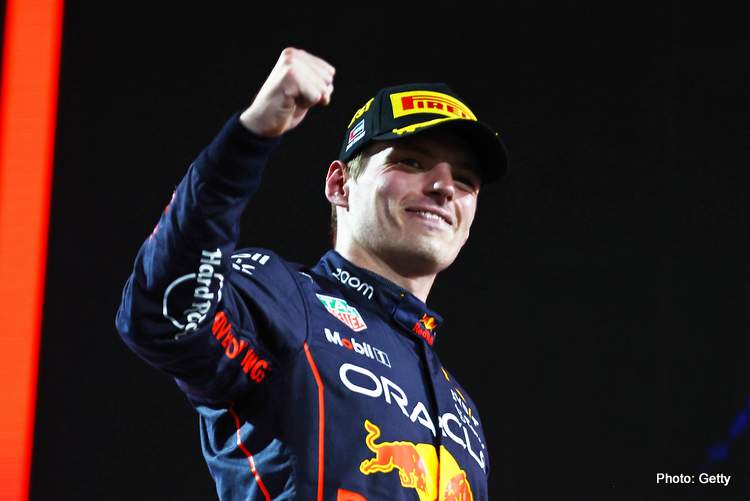 As corny as it may sound, but what a season that was from Max Verstappen! A record breaking 15 victories and fittingly winning the final race of the season.

After his shaky start of the season with those two retirements in Bahrain and Australia, along with Ferrari’s early form, he was able to bounce back and secure his second F1 Title imperiously.

There were some hiccups on the way, the Red Bull cost cap breach and the Brazil team orders saga, but that is what they are, hiccups and do not take away anything from the campaign Verstappen delivered this season along with Red Bull who put that magnificent RB18 at his disposal.

After 2021, I said Verstappen was a worthy Champion, and he is all the more worthy in 2022. He has grown, matured – maybe Brazil an exception but we’ll talk about that later – and his driving was flawless, fast, consistent, with impressive tyre management skills.

In one of my previous Takeaways, I mentioned that we may be on the verge of witnessing another dominance streak with Red Bull, like the 2010-2013 one, and the way in which they wrapped up the season at Yas Marina shows that streak is on its way.

It remains to be seen what Mercedes and Ferrari have to say about that in 2023, and the extent of Red Bull’s reduced wind tunnel time following their cost cap breach penalty, but they will still have the edge next year giving their starting point with the RB18. 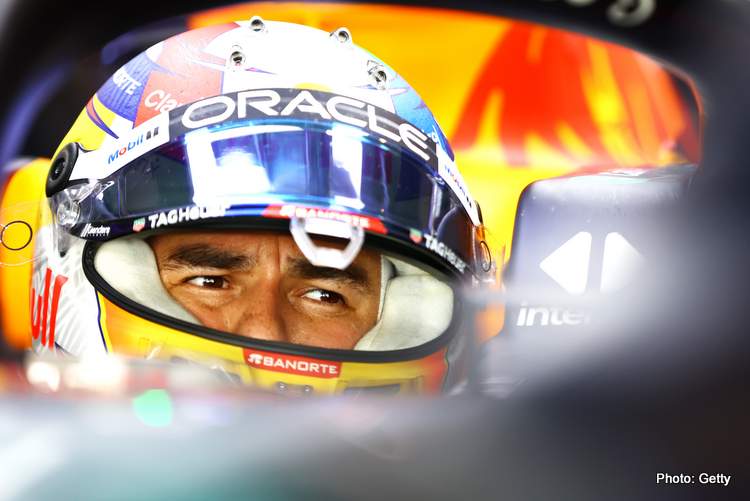 Max Verstappen was audibly booed by the fans in parc ferme in Abu Dhabi after the race, most probably by Mexican fans not happy with how he didn’t let Sergio Perez through in Brazil, not that it would have made any difference given Checo’s race at Yas Marina.

Now my problem is not with the boos, Max is a big boy and should have thick skin to handle that, otherwise he should find another career, but my problem is with Perez himself.

Granted, Verstappen made his point in Brazil against whatever he feels his teammate did wrong by him before (all speculation), but he was fully committed to helping him in Abu Dhabi.

But honestly, Perez did not help himself. His teammate gave him a tow in qualifying and still he was only 0.040s ahead of Charles Leclerc, meaning he was slow everywhere else on the track.

On race day, while Verstappen drove off into the distance, at some point cruising and watching the screens, Perez could not pull away from Leclerc and was always under pressure from Ferrari, and in that situation there was nothing Verstappen could do – as opposed to some suggestions that he should have slowed down and backed Leclerc up, and it’s not about being fair racing or not as the Dutchman questioned, it was risky to do that.

Don’t get this as an attack on Perez; I thought Verstappen should have helped in Brazil and Checo has been amazing at Red Bull, a great teammate for Verstappen, and probably the best driver to share the garage with him aside from Daniel Ricciardo.

But he had a slump before the summer break this year, so he should pull himself up and deliver the best result possible before asking for help, maybe if he had done that, he wouldn’t have needed any in Abu Dhabi. 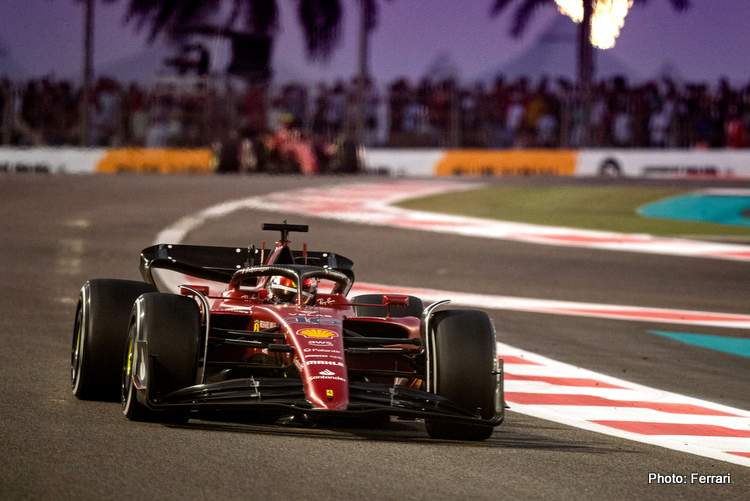 Mattia Binotto was all merry and proud of how Ferrari dummied Red Bull into pitting Sergio Perez while they kept Charles Leclerc out on a one stop-strategy, but being right this time – if what they claim is true – does not absolve them of a full season of mistakes.

Needless to say, they have to thank Leclerc for making the strategy work as well, the Monegasque driving beautifully, taking care of his tyres and doing just enough to stay ahead of the Mexican.

But what can we expect from Ferrari next year? As they have much to do from sorting out their strategy team, doing some work on their reliability and also taking the next step with their F1-75, and its craving for tyres during races.

These are guidelines of course and it will take hard work behind the scenes of Maranello to get them done, but Ferrari have a decent baseline – a decent car and two great drivers – to build on.

However, what of the Binotto exit rumors? Which he and the team have went to great lengths to deny in Abu Dhabi, but that has not and will not put those stories to bed.

Will he be out of the picture? Or will he get some help in the form of a person to manage the operations of the team? While the Swiss-born Italian focuses on what he does best, engineering.

Make no mistake, Binotto is a brilliant engineer, and if the rumors turn out to be true, that Ferrari are planning to bring Frederic Vasseur into the fold, it would be smart to keep both, one runs the tech side and the other runs the sporting.

Question is, will there be an ego problem there? 2023 will be interesting for Ferrari. 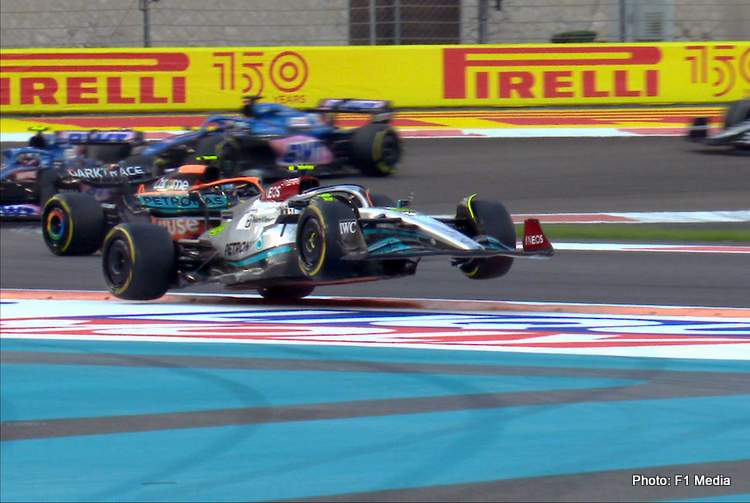 George Russell said Abu Dhabi was a reality check for the team, so true. After the team’s strong showing in Sao Paulo one week earlier, the team was hit hard with their struggles under the Yas Marina Circuit floodlights.

They lacked pace when the conditions cooled down, and Lewis Hamilton’s first lap bounce didn’t help his race as well in particular, but you could see from Russell’s race that there was nothing more to be done for the Silver Arrows.

They are firmly the third fastest team, with the W13’s mood swings flattering them some times, Brazil a highlight, but in most occasions, their 2022 Silver Arrow was not a single seater befit of the team’s history and standards.

At the start of the season, I thought Mercedes can sort the car out, because you know, that’s Mercedes we’re talking about, but it seems that viciousness was so deeply engraved into the car’s DNA that the team could not turn it around.

However after a full season of painful learning, the team should be able to come back in 2023 with a decent car, but will they catch up with Ferrari and Red Bull?

It took Red Bull eight seasons to bridge the gap to Mercedes, so will that be the case with Mercedes? 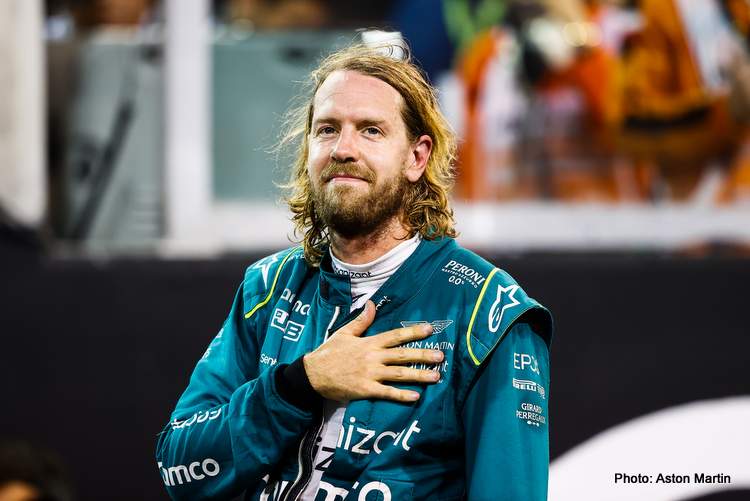 Four-time F1 Champion Sebastian Vettel brought the curtain down on his career in top flight, an illustrious career by all means.

It was very touching to see all the tributes pouring for the German over the course of the weekend in Abu Dhabi, and it showed how much respect and affection, the fans, fellow drivers, and teams had for him.

Performance wise, his final race was a decent one, especially in qualifying where he looked set for Q3 from the start, his speed in Q1 and Q2 proving that, and that on its own is a great achievement given the pace of his AMR22.

In the race however, and with the wrong strategy, he had to settle for tenth, but nevertheless scored a point before bowing out.

In the last few races, Vettel has been doing better, and probably because he was just enjoying his time, knowing that it will soon be over, which means he wasn’t enjoying racing before his decision to retire.

I always felt that Seb should’ve called it time on his F1 career after Ferrari, despite that meaning leaving the sport on a low, but Aston Martin was never going to help him redeem himself. Yes, he got a podium with them in Baku in 2021, or two if you account for Hungary 2021, but that was as good as it was going to get.

Yes he made mistakes at Ferrari and the pressure got to him, but look the situation Ferrari is now putting Charles Leclerc and Carlos Sainz in. Poor Leclerc may need therapy after 2022.

In all cases, Vettel should be proud of what he achieved. Four Titles, 53 wins, 57 poles, and the youngest ever F1 Champion are all statistics that put him up there with our sport’s greats.

With many speculating that he may come back like other F1 drivers did, I sincerely hope he doesn’t, there is nothing to gain from that. Do you think Fernando Alonso will win a third Title with Aston Martin?

Danke Seb, you will be missed, it was a pleasure watching you race, and best of luck with whatever you decide to do next.

Takeaways will return in 2023…

From Father to Son ❤️