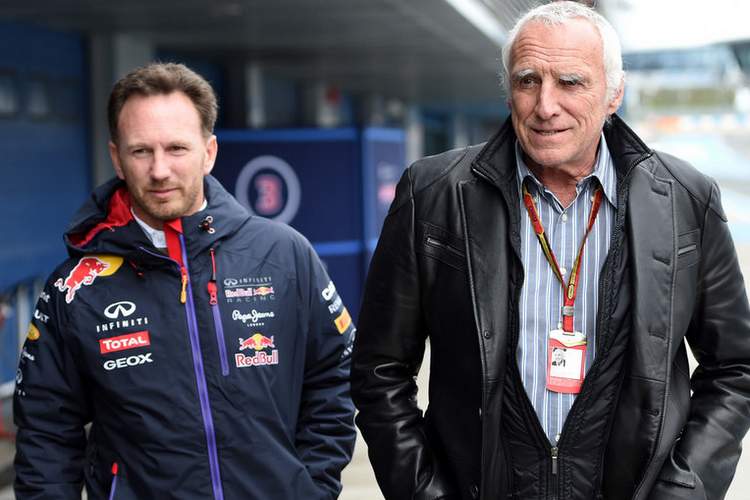 The 78-year-old Mateschitz is not a fan of the spotlight and has always kept his public appearances rare, but a report on RTL News claims, based on information from “well-informed journalists from Austria” that the Red Bull founder is seriously ill.

The report notes that Mateschitz did not release any comment or statement after talks between Red Bull Racing and Porsche for a joint Formula 1 effort in 2026 fell through.

It also pointed out that Mateschitz failed to appear at a recent DTM race at the Red Bull Ring in Spielberg, despite being invited.

A statement by Red Bull said: “As you know, it has always been important for Mr. Mateschitz to keep his private life out of the public eye. Nothing changed about that.”

Dr. Helmut Marko, Red Bull consultant in addition to being a close friend and confidante to Mateschitz refused to comment on the speculation when quizzed on the matter.

A brief look at Mateschitz career

According to Forbes, Dietrich Mateschitz – currently worth a reported $19.9-billion – cofounded Red Bull in 1987 with Thai businessman Chaleo Yoovidhya. Before that, Mateschitz was a marketing executive for German consumer products company Blendax, known for shampoos.

He decided to go into the energy drink market after tasting Krating Daeng, another drink concocted by Yoovidhya and the pair partnered to found Red Bull.

They aggressively invested in marketing to make the brand synonymous with extreme feats. Red Bull sold 7.5 billion cans worldwide in 2019, enough to provide caffeine to more than 80% of the planet.

Red Bull is known for promoting and sponsoring sports and sporting events, with Mateschitz keen on promoting extreme sports from early age.

In 2004, he took over the Jaguar F1 team, and rebranded it Red Bull Racing and set on building the team with  Christian Horner and Dr. Helmut Marko leading the project. Horner was the youngest ever team principal at the time. Red Bull also own and run the AlphaTauri F1 team that is based in Faenza, Italy.

In 2010 Red Bull won the F1 Drivers’ Title with Sebastian Vettel, as well as securing that year’s Constructors’ crown. Along with Vettel they repeated the feat in 2011, 2012, and 2013 as they utterly dominated the sport in those four years.

Red Bull took a step between 2014 and 2020 where Mercedes took over the role of dominating F1, but in 2021 Max Verstappen won his maiden F1 Title with the energy drinks outfit.

Red Bull are currently dominating the 2022 F1 season after being challenged by Ferrari earlier, as Verstappen is expected to wrap up his second consecutive Title in the upcoming 2022 Japanese Grand Prix at Suzuka.

Red Bull are currently in the spotlight after allegations they have breached the F1 cost cap in 2021, as the FIA are set to release their audit findings on Wednesday.